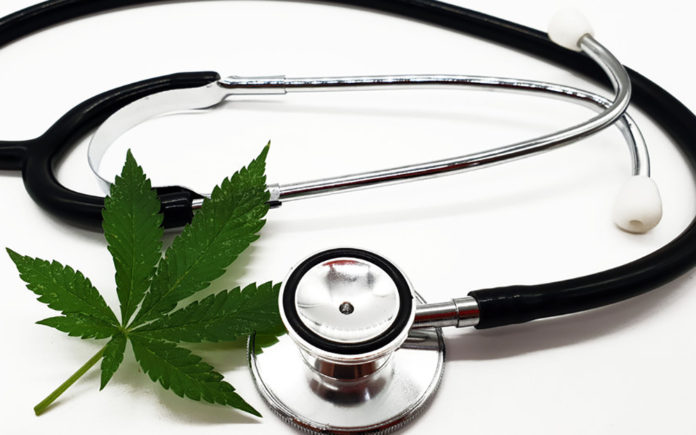 As CV Weekly celebrates its seven years of publication this month, I look back at the three years of progress I’ve made as a cannabis nurse navigator. The cannabis horizon sparks of glowing opportunities waiting for the visionary provider to seize the moment. Medical professionals across the country from nurses, physicians, biologist, chemist and pharmacist are expanding the landscape with anecdotal as well as scientific research making this natural plant the most researched plant in the world.

Cannabis research is moving from mice to humans as more countries reverse the seventy-year prohibition experiment. Technology pushing advances in health care is spilling over into cannabis. Precision tools used to monitor temperature lighting soil or purity are transforming cultivation, package variants are allowing higher doses of THC to be sold. Genetic testing, stem cell applications in the treatment of cancers and rare diseases is motivating cannabis growers to research genomes in cannabis strains. Now we apply for 23/me genetic testing for ancestors and health and add gene testing for our cannabis genome.

Scientists in Israel are laboratory testing the most effective strain that kills cancer cells. Already demonstrated by the US Government’s patent in 2003 is its remarkable antioxidant, neuroprotectant, anticoagulant, and antihyperglycemic properties. Current anecdotal evidence from PubMed.gov, the repository for scientific research, documents the blood pressure, and blood sugar lowering effect of CBD. The following drugs can be reduced or eliminated: hydrocodone, oxycodone, other opiates, benzodiazepines, Megestrol, Ondansetron, gabapentin Carbatrol, and Valproic acid, and many more.

We have been self-medicating with cannabis to relieve symptoms of distress for 5000 years. Now medical professionals, especially nurses are learning this scientific application to disease. Israeli hospitals are using the vaporization route for patients with Alzheimer’s. Physicians can obtain CME credits from physician/scientist presenters. Nurses, pharmacists and social workers are inserting the science of cannabis into their undergraduate curriculums.

Nurses have been the vanguard of medical change for centuries. It was Florence Nightingale who defied England’s health system to establish infection control procedures that reduced the mortality rate during the Crimea War. The link between frequent hand washing and mortality rate was demonstrated.

It was Dame Cicely Saunders who entered medical school as a nurse in the 1940’s to give herself more credibility so she could establish Christopher’s Hospice in London England. She then crossed the pond to establish hospice and palliative care at Yale University.

Lillian D. Wald was the originator of public-health nursing and the founder of the Visiting Nurse Service in New York City. She initiated the first public-school nursing program in the United States and founded the Henry Street Settlement in New York City.

Carolyn Ladd Widmer, a nurse, established the School of Nursing at the American University of Beirut. She then became the first Dean of the School of Nursing at the University of Connecticut (UCONN) in 1942. UCONN was listed in the top twenty-five per cent of nursing schools under her tenure. Widmer along with Josephine Dolan authored many books on the science of nursing. The UCONN program went on to develop the master’s degree program and doctoral degree program in nursing.

Dr. Rachel Walker, Ph.D., RN, is a nurse inventor and Assistant Professor in the University of Massachusetts-Amherst College of Nursing. She invented a portable, self-contained IV device for disaster aid and a self-care toolkit for breast cancer survivors.

Nurse entrepreneurs continue to lead in the education of the public, our legislators and medical providers on the science of cannabis. Leaders like Elisabeth Mack from Holistic Caring; Eloise Theisen from Radicle Health; Elizabeth G. Dost, RN, Clinical Director of the Massachusetts Patient’s Advocacy Alliance (MPAA); or finally but not least, Mary Lynn Mathre, Patients Out of Time co-founder, who with Ed Glick established the American Cannabis Nurses Association in 2010.

There is much to be admired about this populist movement taking our health industry back to natural plant products. Nurses provide the holistic approach that assists in the realization of our own role in self-healing. I am proud to be attached to this movement.

Ruth A Hill RN Holistic Caring can be reached at hilruth@gmail.com