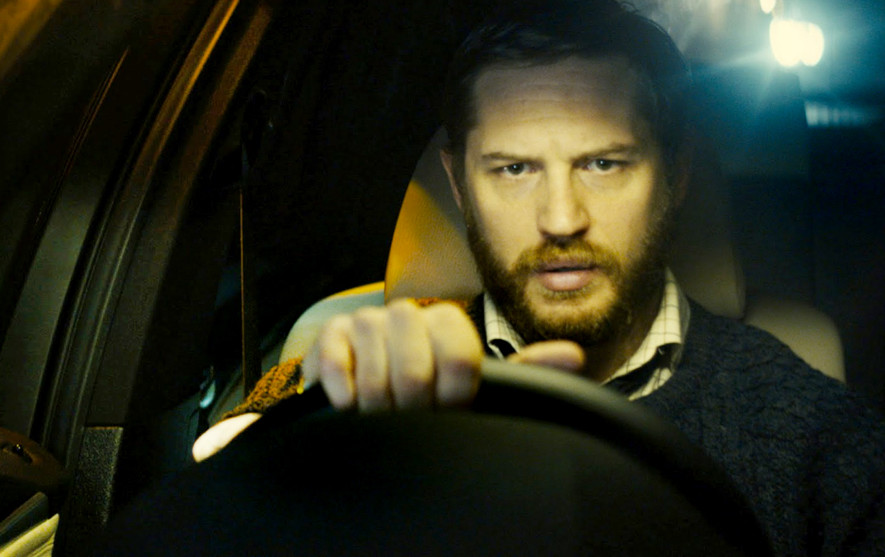 At a special screening and Q&A at Cinemas Palme d’Or, I was blown away by writer/director Steven Locke’s incredibly tense and compelling story that takes place on the road and in the car as composed and determined Ivan Locke (Tom Hardy), with a soft Welsh accent, shifts the trajectory of his life.

Knight (DIRTY, PRETTY THINGS) shot this cinematic gem in real time, over the course of a week. More specifically, he filmed the entire story three times each night with cameras mounted inside and outside the vehicle. What might sound tedious or boring is anything but. Additional actors were on the phone with him stationed in a hotel room.

Locke’s dilemma is personal and professional. The great pleasure of the film is experiencing the unfolding situation’s increasing tension and watching Locke handle the crisis with a calm reserve that may or may not be in his favor. Hardy as Locke is in a class by himself. This highly adaptable, chameleon-like actor can apparently do anything. He was Bane, the memorably fierce villain in Christopher Nolan’s final chapter in the gritty Batman trilogy. He played the real life criminal Bronson in the eponymous film and the anticipation meter is in the red zone for the George Miller’s up-coming “Road Warrior” reboot FURY ROAD. LOCKE is a rad road movie unlike any I can think of. It’s about taking ownership of consequences. And that’s a universal theme. Don’t miss this one. Lionsgate. Blu-ray. 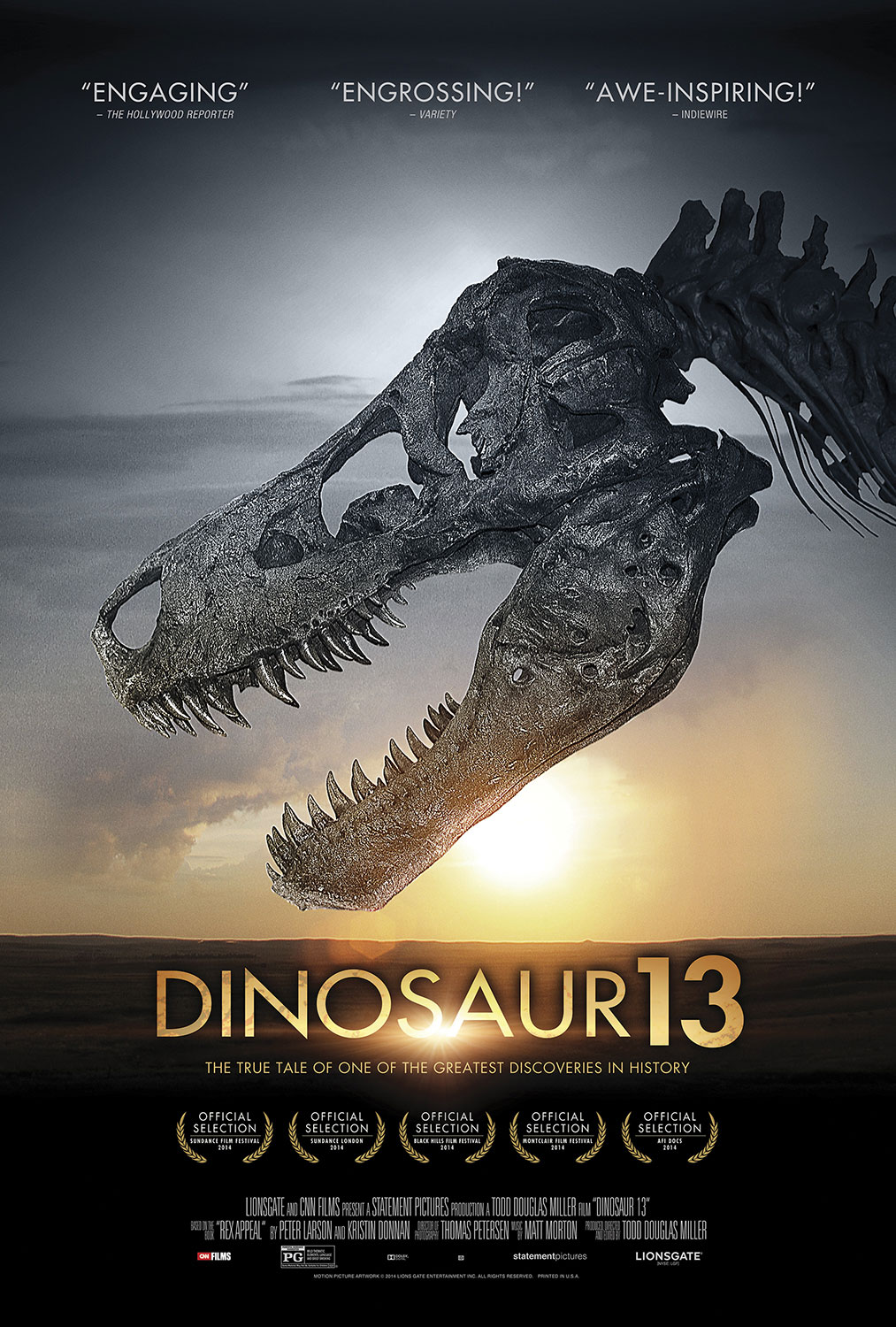 DINOSAUR 13
When I took an anthropology class in college, there were a few students who were obsessed with dinosaur fossils, even though the class barely touched on paleontology. We called them “boneheads.” It was an affectionate term, like “gearheads” for car enthusiasts.

Todd Douglas Miller’s engaging and often infuriating documentary is a great movie, and not just for “boneheads.” In 1999, Peter Larsen’s team from the Black Hills Geological Institute discovered the biggest and most complete T-Rex skeleton ever uncovered. It was the find of a lifetime. What followed was a 10-year battle with powerful agencies and institutes including the U.S. government, powerful museums, Native American tribes as well as competing paleontologists. Larsen and his associates found themselves not only fighting to keep their prized dinosaur, but also battling for their freedom.

“Sue,” as the T-Rex became known, was seized by the government because it was discovered by a private institute on Indian Lands, is reconstructed by filmmaker Miller into an grossing, complicated legal drama that is clearly an act of not so subtle vengeance by the government against the discoverers. I was spellbound and angered at this incredible story that is rich with layers of deeper meaning. I kept thinking: Who really owns the past? Talking heads flesh out the bones of the story but the best footage is the unbelievable discovery itself. In select theaters and VOD. 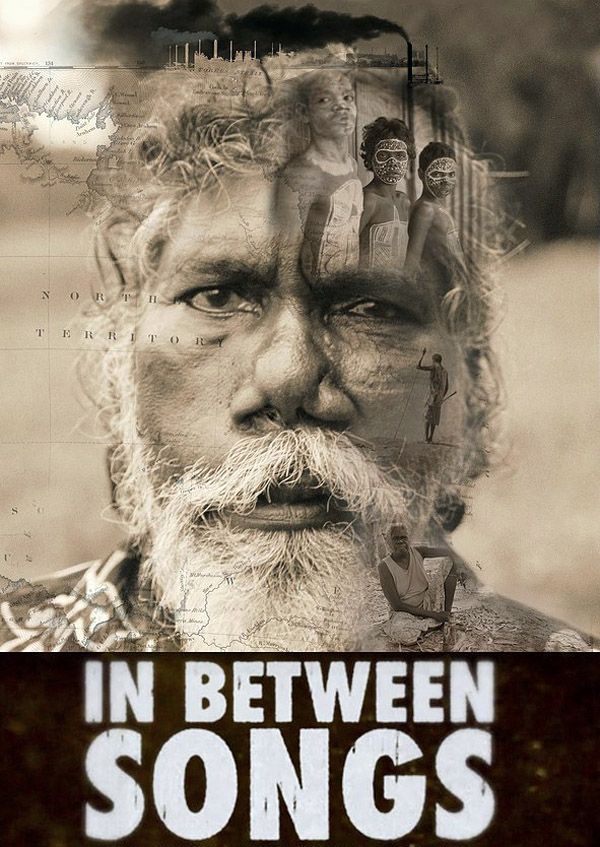 IN BETWEEN SONGS
Joshua Bell’s compelling documentary IN BETWEEN SONGS follows an Australian Aboriginal family’s struggle to survive. Djalu Gurruwiwi, Yolngu elder, and his sister, Dhanggal, strive to restore their eroding tradition while shepherding the Galpu clan through economic, environmental, and social pressures. Theirs is a sometimes desperate search for new custodians to safeguard their priceless musical legacy. Oscar© nominated actor and activist James Cromwell narrates this powerful and important feature documentary that in places feels like a trip to another planet.

Within the small Australian Aboriginal community of Nhulunbuy, Djalu — famed traditional didjeridu craftsman and player — alongside his sister work hard to keep Galpu clan traditions preserved from the erosion of numerous internal and external forces. Sadly for the clan, when Djalu’s son, Larry, proves to have limited interest in continuing with the family or its musical legacy, the elders are forced to turn their attention toward the Gurruwiwi grandchildren.

Greatly complicating matters is the multi-billion dollar Rio Tinto aluminum mine whose growth has mushroomed over the last few decades. Djalu and Dhanggal’s strategy to move the family out to traditional homelands deep into the bush is further exasperated by the limited infrastructure and lack of formal schooling for the youth. While attempting to shepherd their clan through economical, environmental, cultural and social pressures, Djalu and Dhanggal Gurruwiwi remain firmly resolved in their commitment to maintain their unique tradition. 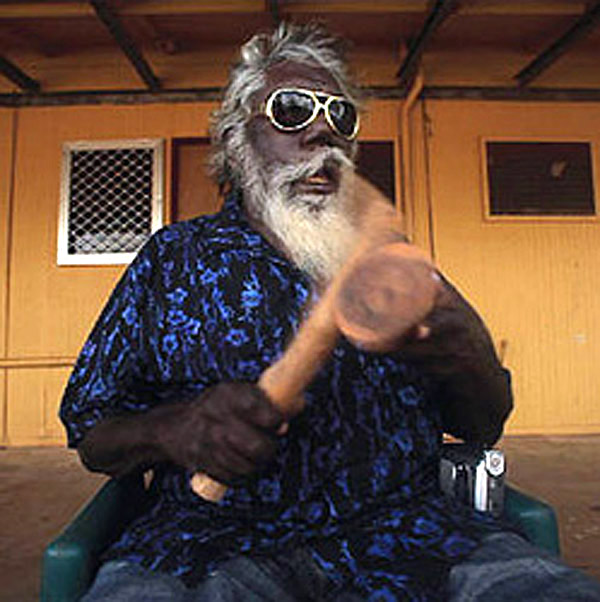 With unprecedented access, IN BETWEEN SONGS examines this family’s remarkable and singular life and culture as they fight to maintain the delicate balance between their ancient musical and cultural traditions and the modern world that’s pressing down on them like an unrelenting vice. Now playing in select venues. Also available on VOD.