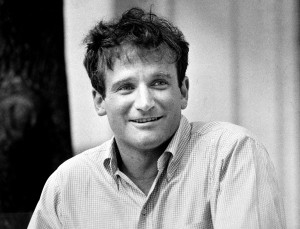 As I write this, the news of Robin Williams’ suicide is just breaking. When you read this days later, there will no doubt have been reams of newspaper and magazine headlines and cover stories as well as massive amounts of social media analysis that includes tributes, memories, love and — naturally, hate.

There’s a story about a man visiting New York in the 1930s. He was well-to-do and profoundly depressed. He was able to get an immediate appointment with the most famous psychiatrist in the city. The man told the shrink he had no reason to continue living and that nothing gave him pleasure. “As a last resort, I am coming to you.” The doctor said, “I have a ticket to the circus that’s in town. The highlight of the show features a famous European clown who can make anyone forget his troubles. If this brilliant performer does not make you laugh, you might as well kill yourself. See the show tonight and get back to me tomorrow.” The doc handed the man the ticket. The visiting patient handed it back. “I am that clown,” he said as he left.

I didn’t know Robin Williams, but I did meet him once in a private setting. There was a project I wanted to develop for him based on Jonathan Winters’ unpublished memoire of his psychotic breakdown and stay in an “asylum.” The manuscript, unread by me, was said to be wildly funny, frightening and profoundly poignant. I later met with a friendly and interested Winters. At the time of our meeting, Williams was on the brink of stardom but not yet famous for TV’s “Mork & Mindy.” The first thing Williams said to me was, “Oh no, another Robin.” 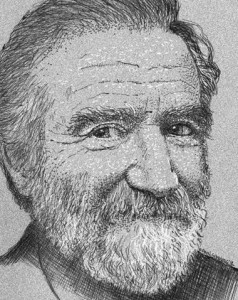 I liked that we shared an uncommon first name for a male. At the time, I was a new dad and had my young son was sleeping in my arms during our meeting. Williams liked that. I found Williams to be humble, smart and focused. He was very upbeat and certainly not manic and constantly “on” as others have claimed. I couldn’t imagine a better person to portray Winters’ literally hysterical breakdown. Looking back, knowing what we know now, I imagine Williams would have been magnificent portraying Winters’ special brand of madness. Williams was interested if a deal could be brokered and he and Winters liked the screenplay. Well, no deal was brokered and no screenplay was written. When I met with Winters, he was friendly and interested, but seemed reluctant to let go of the manuscript. Maybe it was just too private. (The project remains dormant and, as far as I know, the manuscript is still unread by anyone outside Winters’ family, if even by them.) It’s a movie that exists only in my head now. Hard to imagine who could play a young, crazed Winters besides a young, desperately sane, Williams.

When I heard of Robin Williams passing, I remember the story of the sad clown who could bring joy to others but lived under a dark cloud. Maybe that’s what gave him the insight for his unique routines? Somewhere it’s written: “A merry heart doeth good like a medicine.” Much will be written about Williams, but in the end, no one knows how dark it can get. He should not be derided for being selfish in his demise, but remembered for the insight he gave into the pain and joy embedded in our collective human experience. For me, Robin Williams was a far more gifted dramatic actor than manic comic. If there’s one movie to see for it’s uncanny relevance to William’s sad and untimely death, it’s 2009’s WORLD’S GREATEST DAD, writer-director Bobcat Goldthwait’s uber dark comedy about suicide. But there’s a sound I hear beyond the weeping. Like crashing waves, it ripples endlessly. It’s laughter from the countless millions of laugh-out-loud moments that Williams triggered – and continues to generate — all over the world. That alone is the rare and worthy legacy that will remain for a long time to come. It’s a reason to be. 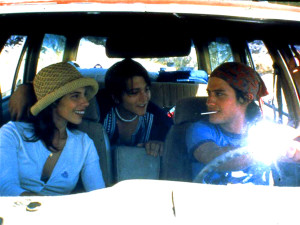 Alfonso Cuarón, the Mexican-born, American-based filmmaker who gave us the visually groundbreaking GRAVITY, directed this stylishly raunchy but emotionally meaningful road movie about Julio (Gael García Bernal) and Tenoch (Diego Luna), two upper-class pals who, while their girlfriends are away, decide to spend the summer drinking, drugging and screwing. At a wedding, they meet Luisa (Maribel Verdú), the playful wife of Tenoch’s cousin. The boys convince her to join them on a trip to a made-up beach they call “Heaven’s Mouth” they claim is in Oaxaca. Surprisingly she agrees, hoping to get a break from her own troubles. Not surprisingly, within 48 hours this love triangle — Luisia’s already had sex with Tenoch and Julio — explodes and threatens to destroy any vestiges of the friendship the young men had with each other and with her.

This hugely acclaimed filmed is now available in a pristine, director approved special edition package that includes both a BD and DVD along with cornucopia of fascinating extras. Along with commentaries, deleted scenes, making-of, behind the scenes, a short film by Alfonso’s son Carlos there’s an interview with philosopher Slavoj Žižek who once famously said: “Cinema is the ultimate pervert art. It doesn’t give you what you desire – it tells you how to desire.” This is one for the library. Criterion. Blu-ray/DVD combo. 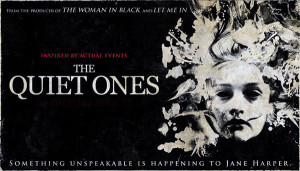 THE QUIET ONES
Critics and audiences were divided about this atmospheric, psychologically unsettling account of an incident set in an estate near London in which Professor Coupland and some of his students experiment on a young woman who harbors some deep and unspeakably dark secrets. Who would’ve guessed? I like horror films that do not depend on gore alone for their jolts and this one had a few moments that really got my attention. John Pogue directs this disturbing tale allegedly based on “real incidents.” Hammer/Lionsgate. DVD. 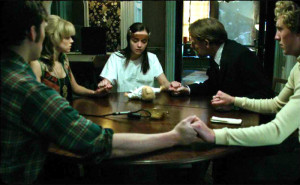