For over 30 years the largest indoor mall in the Coachella Valley has sat prominently in the heart of Palm Desert. The mall has evolved over the years providing a large variety of stores to choose from and has become a mecca for desert shoppers making it a regarded Coachella Valley’s shopping attraction.

It may be hard to imagine now, but there was a time when all that was there at the corner of Monterey and Hwy 111 (besides Denny’s and Sizzler) in Palm Desert was a huge vacant piece of land. I remember it well.

Having just been transplanted to Palm Desert from Orange County by my parents as a youngster, I recall being boggled by the fact that there wasn’t a big fancy mall in my new city like I was used to in the OC. It was actually pretty desolate in Palm Desert in the early 1980’s, and if you were in the in between teen years, it was even more barren.

In those days, one place to hang out in Palm Desert as a kid was at the Palm to Pines Plaza, located across the street to where the mall is today. The plaza housed a 3 screen movie theatre, cute shops including my favorite kids clothing store Prince & Princess, a McDonalds, Thrifty’s where you could get a scoop of ice cream for 10 cents and other businesses as well. One of my friends and I would entertain ourselves in the alley way behind the movie theatre playing detectives, watching patrons exit the back door to the old Village Lounge and making up stories about them…we had to be creative back then.

El Paseo was half the size of what it is now and no place for children to roam. The only malls in the valley were the Palm Springs Mall, Desert Fashion Plaza, and the Indio Fashion Mall. All the malls were on extreme sides of the desert which made it slightly inconvenient for Palm Desert residents to go shopping.

But then in 1983, the Town Center Mall opened its artificially cooled doors to the delight of us all and everything became right with the world (well at least our little one). Built by Ernest M. Hahn, the mall became an instant hit with valley adults and kids alike. It was a glistening star in the midst of our blindingly black shopping sky.

It came with an elaborate new cinema, an ample food court with all kinds of tasty food to consume, an arcade, lots of shops including anchor stores JCPenney, Bullocks, Bonwit Teller and May Company. There’s was even an ice skating rink which was perfect for the middle of the desert…right? All of a sudden, desert residents who only saw ice in their freezers would learn how to ice skate, and actually did quite well. For a while, it was the thing to do on weekend nights.

Besides the food court, the mall had other dining alternatives including the Red Onion. The hot spot offered full dining and a Taqueria that made awesome grilled tacos and steak nachos….yum!! When late night came around, the restaurant morphed into a nightclub, and the party destination became the mall. It was a great venue, not that I would know as I was underage at the time, and it wasn’t as if my sister let me use her ID…but if she had, I’m sure I would have had a blast!

In 1999 the Town Center changed hands and became the Westfield Shopping Town (it has since been renamed Westfield Palm Desert). Westfield has malls in the United States, the U.K., and in the company’s native Australia. Their Palm Desert location has thrived over the years, bringing popular store chains to the desert shopping landscape. There are 145 stores and 24 restaurants, soon to be 25 when Stuft Pizza Bar & Grill opens this summer. The mall even has a World Gym now and most of the anchor stores have changed to include, Macy’s, Sears and Barnes & Noble.

A long time has passed since the days when shopping and entertainment options in Palm Desert were few. The city has secured itself as a shopping hub in the Coachella Valley with not only exclusive El Paseo, but with the ever progressing Westfield Palm Desert. Although the ice skating rink is gone, and the Red Onion has been replaced by the Gap, the mall continues to bring in locals and visitors with their varied shopping choices. For kids and adults, there’s something for everyone at Westfield Palm Desert….still a favorite shopping attraction. 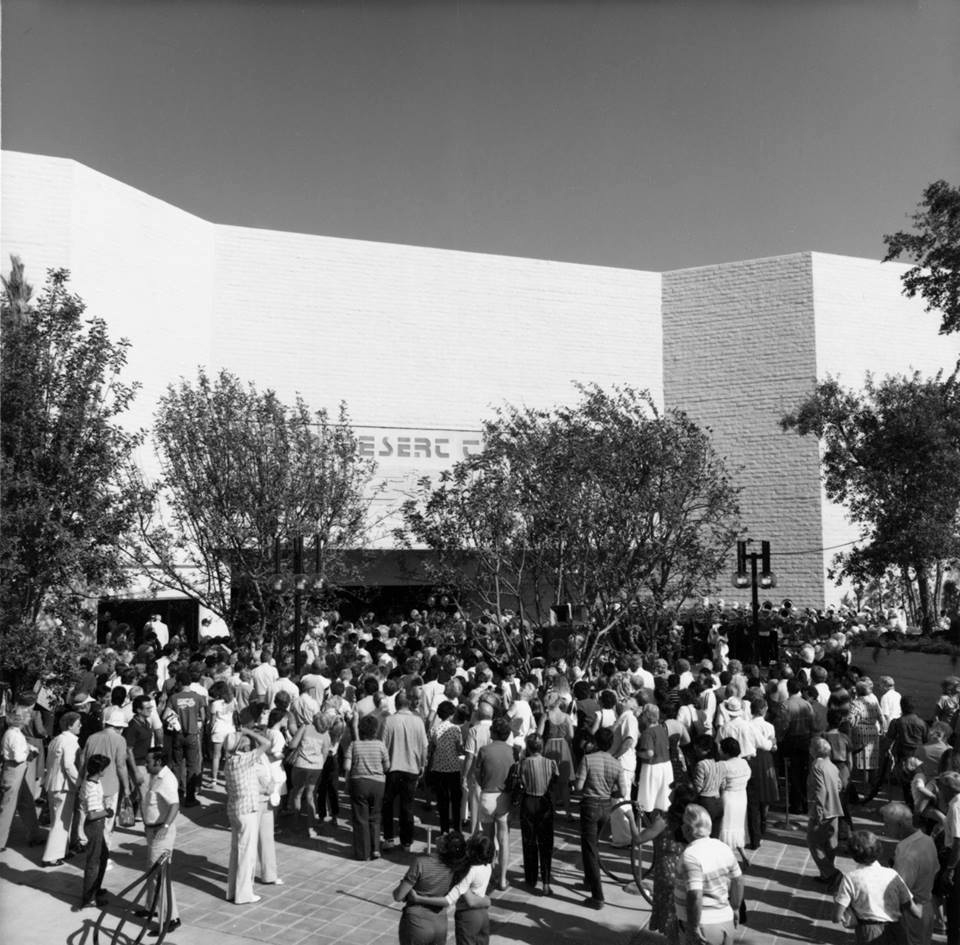