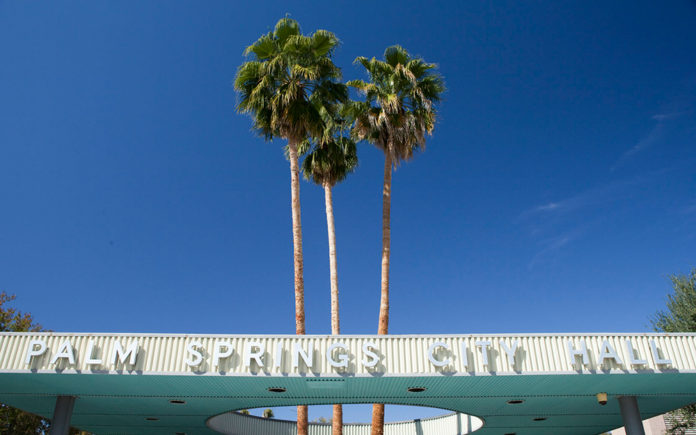 Six residents are running for these two seats with a forty year age span between the youngest and oldest candidates.

Christy Holstege at 31 years of age is the youngest candidate.  Holstege is a Stamford-educated attorney who has turned heads since landing the endorsements of Raul Ruiz, Manny Perez and outgoing city councilwoman Ginny Foat.  Organizations like the Stonewall Democrats, Equality California and the Victory Fund also support her which has led to a few whispers as she is married to local realtor/attorney, Adam Gilbert.  Some of her political fortunes may be related to the connections of her employer (and husband’s father), Gilbert & Bourke.  Holstege supports Measure D, which would increase sales taxes in order to cover the city’s ever escalating pension costs for retired city workers.

Can a moderate Republican who is fiscally conservative but socially liberal get elected in Palm Springs?  Realtor and Airport Commissioner Henry Hampton, 43, who grew up in Palm Springs sure hopes so.  If elected, Hampton’s plan includes solving the city’s homelessness epidemic and completing downtown redevelopment projects as well as a number of other projects that are moving slowly or are stalled.  Development goes hand-in-hand with Hampton’s recognition that the city needs more good paying jobs for its residents and tourism and new development are critical to a prosperous future for Palm Springs and its people.  Hampton does not support Measure D and would like to see the city eliminate the $1,000,000 that it spends annually to shuttle people up and down Palm Canyon.

If elected, Lisa Middleton, 65, would make history as she would become the first openly transgender person elected to a city council in California.  Middleton spent most of her career as an auditor for the State Compensation Insurance Fund of California.  Since retiring to Palm Springs, she has served on the city’s Planning Commission.  One of her objectives, if elected, is to require that solar panels be incorporated into every new building in the city.  Middleton gets strong support from the police and fire unions, Stonewall Democrats and Democratic Women of the Desert.

Judy Deertrack, 67, came in third behind Foat and Mills four years ago.  Now that both have bowed out, is 2017 Deertack’s time?  Deertrack’s career was primarily as a land-use attorney working for local, county and tribal governments.  She has been highly critical of the council for allowing hotel operators to keep 75% of transit occupancy taxes – particularly where one of those operators was in business with some of those involved in the government bribery case.  If elected, Deertrack hopes to partially resolve the homelessness situation by building more low-income housing.  She is also a strong proponent of planned growth while maintaining current vistas.

Robert Julian Stone, 67, worked closely with Judy Deertrack when they were personally investigating the ties that bound Messrs. Meaney, Wessman and Pougnet.  Before moving to the desert twelve years ago, Stone worked for the Social Security Administration, as a writer and as a systems analyst.  Since moving to the desert, he has been a neighborhood organizer in the Warm Sands area and an active member of the city’s Art’s Commission.

Glenn Flood, 71, is a retired Navy veteran who moved Palm Springs five years ago.  Before moving here, Flood worked at the Pentagon as a journalist in addition to jobs in the public sector.  If elected, Flood’s primary objectives will be to hire more police and firefighters.  He is also a supporter of Measure D.

Haddon Libby is the Managing Partner of Winslow Drake Investment Management and can be reached at 760.449.6349 or HLibby@WinslowDrake.com.