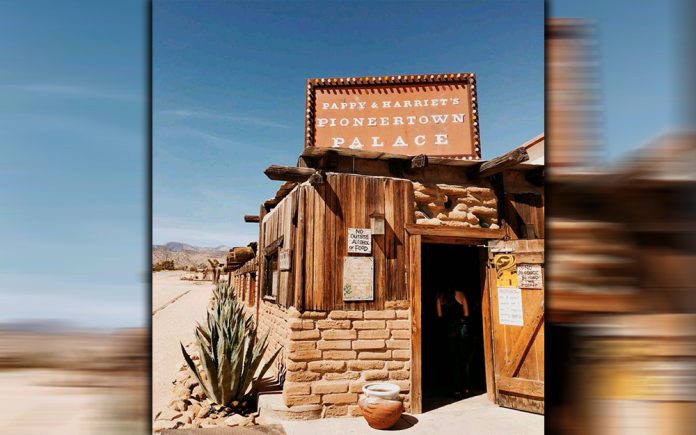 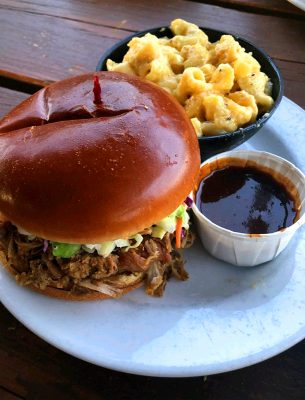 Pappy and Harriet’s is located in Pioneertown in the Yucca Valley.  Pioneertown was founded by a group of Hollywood investors in 1946.  Gene Autry, Russell Hayden, Roy Rogers needed an authentic 1870’s frontier town as a location to film their movies and television series.  Pappy and Harriet’s was the centerpiece and served as a saloon and cantina.  Built with weathered timbers and adobe it provided a spacious interior film set for Roy Rogers and his musical group, “The Sons of the Pioneers” the namesake of Pioneertown.  In the 70’s Pappy and Harriet’s was a renegade bikers’ Tex-Mex pit stop where they could let off some steam in an isolated location.  In 1982 Claude “Pappy” Allen and his Wife Harriet developed the cantina into more of a family destination with a small stage for musical acts.   They were committed to serving the Tex-Mex fire grilled specialties that remain on the menu. 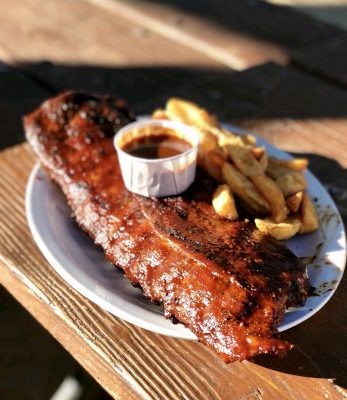 In 2003, East Coast refugees Robin Celia and Linda Kranz were smitten by the rugged, honest venue and purchased P&H.  They ushered in an era of elevated cuisine remaining true to the original Tex-Mex and booked big name musicians who enjoyed the small rowdy venue where they could unwind and take a break from the LA club scene.  Performers such as Leon Russell, Robert Plant and more recently, Paul McCartney loved the all-in attitude of the audiences.  It has become a home to the “High Desert Sound” performers like Queens of the Stone Age and Jesika Rabbit (who has a nacho dish named after her). 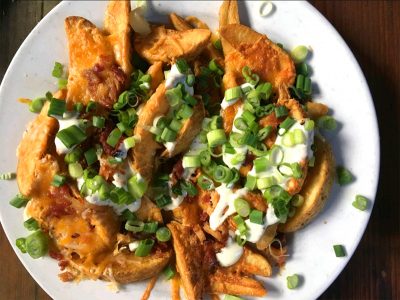 The ambience of P&H is pure desert rebel funk.  License plates, antlers and humorous signs adorn the aged wooden walls.  Seating is at picnic tables and mismatched tables and chairs.  All kitsch aside, the food is delicious and is a consistently star performer.  The aromas of mesquite-fired grilled meats permeate the atmosphere.  The Santa-Maria style grills are loaded with Tri-tip, pork ribs, rib-eyes steaming kettles of chili and beans.  Salmon and spatchcocked chicken carve out a little space as well.  Salads, quesadillas and several types of nachos give plenty of variety. 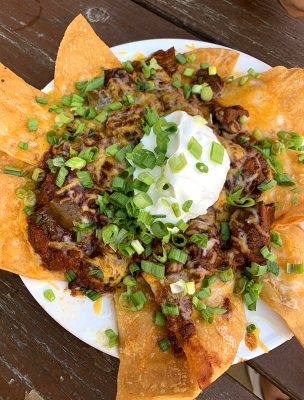 In this Covid era the live music is scaled back for now but the covered outdoor dining has been expanded to accommodate the large crowds.  On a Sunday morning there were 150 diners and several waiting their turn.  Many were enjoying the surrounding western town with their families.  A great outing with excellent food, P&H is a worthy destination.