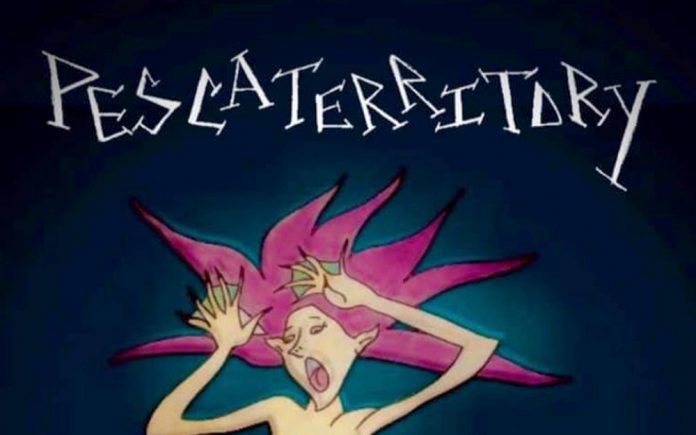 Released on Halloween 2020, the self-titled Pescaterritory album put a mind-blowing scare into Rock fans around the world as it was played in its entirety on US10 Radio. Since then, their music has been played in countries like England, Scotland and Spain to name a few. Out of the gates, the album screams Rock and Roll! Recorded at Sondy Studios by Jake Sonderman (Silver Sky), you can download or purchase the album on iTunes, Apple Music, Spotify and iHeart Radio.

The ‘Best Youth Band’ of 2019 at the Coachella Valley Music Awards,

Jason Zembo (guitar), Nick Willman (drums), Aiden Schaeffer (vocals) and Gavin Lopez (bass) have their own festival, PESCAFEST, hopefully returning in 2021, as well as having plans of conquering North America while ‘crossing the pond’ to annihilate Europe and beyond!

With comparisons to Led Zeppelin, Pescaterritory have earned the correlation through their hard work and philosophy. They are willing to step out into the unknown and roll the musical dice. Notably the most successful band to develop from the Academy of Musical Performance (AMP), the band has made significant efforts to remain in the public eye sans the pandemic. Performing live online, participating in benefits, continuing to forge a relationship with Gotham Records and US10 Radio Show host Barry Tomes and United Kingdom television and radio presenter/producer Monica Price and essentially staying connected and in the public eye.

Nominated for three 2020 Coachella Valley Music Awards for ‘Best Youth Band’ (a moniker they hope to shed this year), ‘Best Drummer’ for Willman and ‘Best Song’ for King Street, the band continues to strive for excellence in music and performance. The 8th Annual CV Music Awards will be held Sunday, December 20, 2020, from 5-7 p.m. This year, for the first time, will be brought to you virtually. Below is the Coachella Valley Weekly review of the album, Pescaterritory.