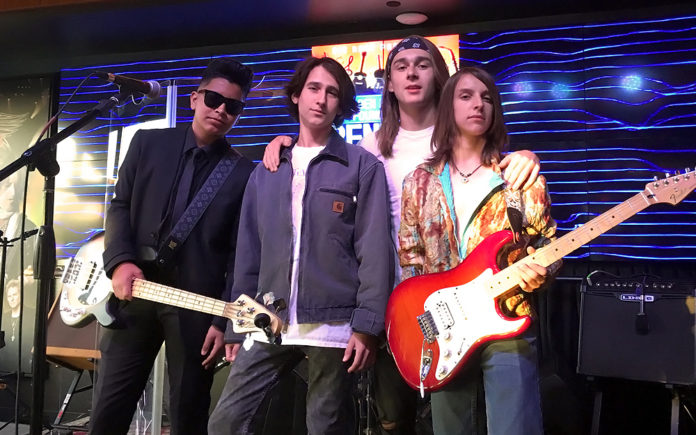 How many bands can claim the fame of performing at The World Famous Whisky A Go-Go in Hollywood, CA, the Indian Wells Tennis Garden at the Wedbush Garden Jam Music Festival, Pappy & Harriet’s in Pioneertown, CA, The Hood Bar & Pizza in Palm Desert, CA and Big Rock Pub in Indio, CA before the age of 18? I know of one such band…PESCATERRITORY, winner of the 2019 CVMA for ‘Best Youth Band’.

We had the opportunity to speak with PESCATERRITORY members Nick Willman (drums), Jason Zembo (guitars), Aiden Schaeffer (vocals) and Gavin Lopez (bass) about their journey so far. We also got a sneak listen of their first two unreleased original songs, “King Street” and “Better Off Dead.” The songs will receive their world premiere, along with a live track recorded at The Whisky, on Thursday July 25th at 10 a.m. PST on the US10 Radio Show hosted by Barry Tomes and based in Birmingham, United Kingdom. You can listen online at 247discoheaven.com.

CVW: You recently performed at The Whisky, which has a rich rock and roll history with bands like Led Zeppelin, AC/DC, KISS, Guns N’ Roses and Mötley Crüe having performed there. What was it like for you? 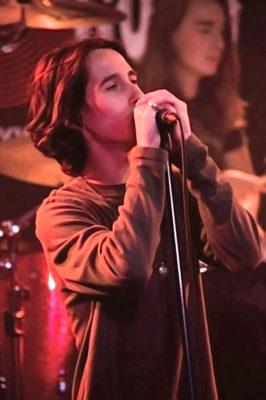 Zembo: “I never been there before. It was cool because the stage was elevated. When we played you could see everyone. It was a great experience. Walking in there you get a sense that this is a big deal and a hotspot for the history of music.”

Lopez: “It was a real professional setting. We had never played in a venue like that before. It was really big for us, especially a band our age.”

Willman: “I had played there with my old band D-Tension before. I had a great time each performance.”

Schaeffer: “It was a real cool show and a lot of fun. The stage, lighting and sound were all great. I know it’s a really talked about venue.”

CVW: You’ve been PESCATERRITORY a short time but have known each other longer. Tell us about your beginnings.

Zembo: “We’ve been together a year. We formed last summer. We met at Academy of Music Performance but formed outside of it. We decided to plan a band who can play all this rock and roll stuff. We all connect. AMP prepped us for this and helped us plug into other musicians. We all have similar music tastes and we differ a little bit. Nick likes Slayer and I like The Beach Boys.”

Schaeffer: “We all are individuals who have a passion for music. When I looked around, these were the people that are on the same page as me, I felt we could make a band that can be really good.”

CVW: Tell us about how the name PESCATERRITORY came about?

Nick: “It was before our first rehearsal and we were in the car leaving AMP one day talking about how a lot of people are becoming pescatarian, a person who doesn’t eat meat, but eats fish. Someone jokingly said, ‘this is becoming pesca-territory out here.’ It was just a play on words. We just went with it.”

CVW: What were your reactions when you found out you won the CVMA for ‘Best Youth Band’? 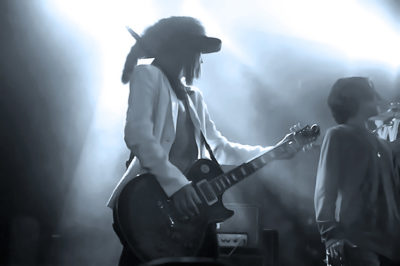 Lopez: “We were hyped up because it was so unexpected. Every other band had a much better following than us. We had just started Facebook and Instagram for the band.”

Zembo: “When we were nominated, we had two gigs and an open mic at Pappy & Harriet’s under our belt. We were rehearsing the night of the awards ceremony and Nick’s mom (Donica Willman) came in and said, ‘you guys won the award!’ I believe we are just as good as the other bands, but since we haven’t been playing as long, I didn’t think there’d be much of a fanbase. I feel our music really reached people for them to vote for us.”

Schaeffer: “I didn’t even know the awards were happening that night. I was happy about it. I was surprised that the band was getting recognized this early on.”

CVW: I had an opportunity to listen to your songs. “King Street” is breakneck in-your-face rock and roll while “Better Off Dead” is a great counterpoint and shows your patience with a slower-paced tune. What led you to record now? 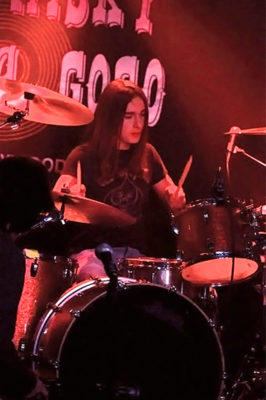 Zembo: “We went to Pappy & Harriet’s for our second open mic and we met Barry Tomes, who hosts a Birmingham, UK-based radio show. He’s worked with a lot of musicians. He showed us a picture of he and Tony Iommi of Black Sabbath, who are also from Birmingham. He said he really wanted to put our music on his radio show, so we decided to jump on it. On July 25th we’re going to debut the first two songs we’ve recorded on his show. We recorded the songs with Don Hoeber at JEM Productions in Palm Desert, CA.”

Schaeffer: “They sound great and we put a lot of time into it.”

Schaeffer: “When I write I have to choose a topic and then really go deep into it. It’s a journey for me, writing the words. I want to start working on writing more, I have a long way to go.”

Lopez: “Most of the time Jason brings a riff and the rest of us come up with the structure for the song.”

Zembo: “For “King Street” I was sitting in my room looking for the meatiest riff I could write. I was thinking we need to do something hard that leaves an impact. Gavin added a syncopated feel. It really changed the setting of the piece. It made it more and it hits you better. Most of the time we’ll just come together and start jamming on stuff. If you watch our live stuff, we do a lot of improv, we’ll find a riff and make that into a song.”

Lopez: “One of my favorite shows was at Big Rock Pub. They told us we had one more song. We played Led Zeppelin’s “Dazed and Confused” and it turned into a 12 minute jam.”

CVW: What schools will you be attending in the 2019-20 school year? 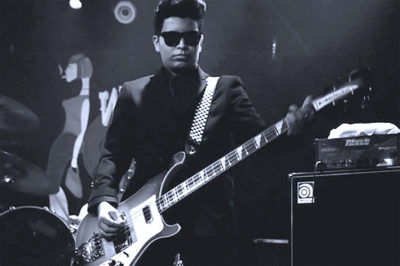 Lopez: “I’ll be a freshman at Palm Desert High School.”

Willman: “Me and Aiden will be seniors at La Quinta High School.”

CVW: What are some of the strongpoints of your band members?

Zembo: “I see Gavin and his basslines as smooth. He’s the magic sauce on top of it all.”

Willman: “Gavin is simply a bad-ass. He and I have a connection. We’re good friends. I think it’s really important in a band to be friends.”

Schaeffer: “Gavin may be a little younger than the rest of us, but I’ve known him for four years. We wanted him in the band. We knew he would be the bassist and rise to the occasion with his level of playing and be able to put his creativity into it.”

Lopez: “Nick is just an animal on the drums.”

Zembo: “I’ve never had to wear ear plugs and I come to our first rehearsal and my ears are ringing for two days thanks to Nick.”

Schaeffer: “Nick definitely is a solid drummer. I’ve never seen him get stumped. Whatever we throw at him he conquers it. And he’s been playing forever. No doubt he’s going to keep getting better.”

Schaeffer: “Jason is one of the most passionate musicians I’ve ever come across. We were in another band before and we got to know each other.”

Zembo: “In our previous band together, Aiden didn’t get to sing as much as he was the rhythm guitarist. He has golden pipes and such an incredible range. He lets the music flow through him. He’s our tree of life.”

Lopez: “Aiden is laid back. During a disagreement he’s on both sides of the story. He brings this band together.”

CVW: Tell us about your varied backgrounds and where does music fit in your futures?

Lopez: “As a kid, I’ve always wanted to be a surgeon. My mom (Arlene Flores) is a nurse so I grew up in that environment. I’ve always had an interest in music. My first instrument was piano when I was 4 or 5. In 6th grade I joined the school band and the director taught me how to play bass. At this point, I can’t see myself doing anything other than music.”

Zembo: “As Gavin said, he can’t see himself doing anything else and that’s how I feel about it. When I see myself in a few years, I see myself playing music. I’ve also always liked animals and am interested in wildlife. Hopefully after one year we’re getting money from playing originals and people are liking them. After 5 years, we want to be touring the world.”

Willman: “Music! I’ve been playing since I was a little kid. I have faith that music will work out for me. I don’t have a back-up plan.”

CVW: What collective message would you like to send to your families?

PESCATERRITORY: “Thank you very much for the support. You guys are the reason we get to do this.”