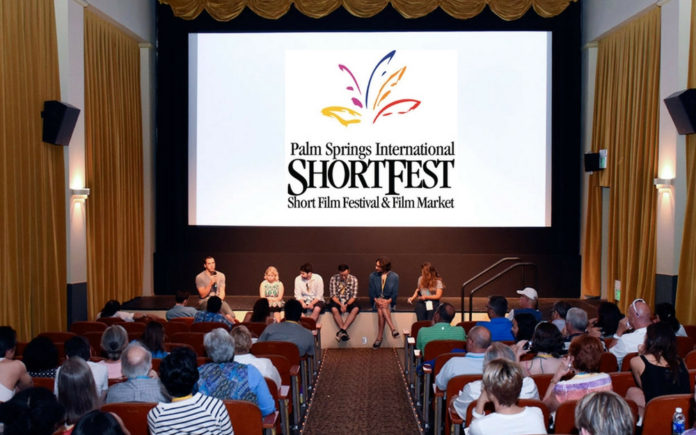 This year, there have been some noticeable changes to the Palm Spring International ShortFest.

Like its Winter sister, it has new people at the helm, and the ShortFest was shorter – less than a week – and it made its new host the Rivera Resort & Spa, which instead of being in walking distance, is more of a hop, skip and a jump further from the Camelot Theater where all the films are screened.

This 23rd outing included 338 short films from 60 countries in 55 programs. Not only is the PSISF one of the most acclaimed short film festivals in the world, it is also a film market where 4,200 short films were available to be viewed by industry professionals.

Since the ShortFest’s inception, over 100 short films have gone on to receive Academy Award nominations.

Harold Matzner, ShortFest Chairman said: “We call ShortFest a $500,000 educational initiative, but it’s even more than that.”

And indeed it is!

The ShortFest is a feast of filmmaking where emerging filmmaker are provided an opportunity to show their work, network with other filmmakers, participate in forums, seminars, master classes, and meet Hollywood professionals.

Many of the filmmakers attending the ShortFest are students and they come from all over the world.

Over a third of the student films were from the United States. Germany had six and Switzerland had four films in the Fest. Some of the Asian schools included were the Korean National University of Arts and the Yangon Film School. Every continent was represented in PSISF.

Of the official selections this year, film students directed 77. Of those, 42 student filmmakers attended the PSISF and participated in the festival screenings, forums and events.

“Columbia University and NYU were featured heavily at the festival,” said Festival Director Lili Rodriguez. “We had a lot of filmmakers attend who were either current MFA students or alumni from those schools.”

There were 11 films from California schools. The film Where You Found Refuge by Guillaume Legrand, won the “The Future Filmmaker” award. He is a Cal Arts graduate student.

Reed Van Dyk is a graduate student at the University California, Los Angeles. His film Dekalb Elementary won the coveted “Panavision Best North American Short,” a prize that consists of a Panavision camera package valued at $60,000. 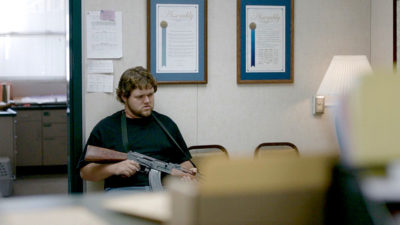 Using 911 recordings, police reports and court documents, Van Dyk’s film is based on a real incident, which occurred at the Atlanta, Georgia, elementary school (with the same name as the film), where the school’s secretary talked an active shooter into giving himself up to authorities before anyone could be harmed.

“The prize is incredible, and will be so helpful in making the transition from shorts to features,” said Van Dyk. “I intend to use the camera package Panavision has generously donated for my first feature. And it’s exciting to feel that before I even go out and look for financing someone has already invested in me — and it.”

Dekalb Elemenary has screened at 20 other festivals and garnered several important awards. Van Dyk missed his Palm Springs screening because he was receiving the BAFTA Student Award at the same time. His mother happily attended in his place seeing her son’s film only for the second time. 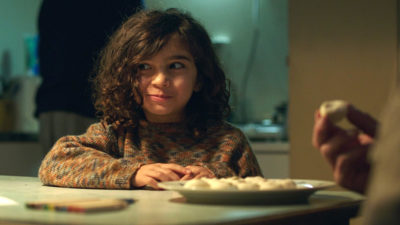 Student filmmaker Jan-Eric Mack of Switzerland won “Best Of Festival Award” and “Best Student Live Action Short Over 15 Minutes” for his film Facing Mecca. Mack attends the Zurich University of the Arts. The Best of Fest winner is eligible to submit the film to the Academy of Motion Picture Arts and Sciences for Oscar consideration.

Facing Mecca tells the story of a retired man who helps a Syrian refugee navigate the local bureaucracy and the cultural requirements after the death of his wife.

“Babelsberg Film School in Germany, had two films in the Fest, and sent us some of the best submissions we reviewed for consideration,” said Rodriguez.  “The jury also gave a special mention to I Made You, I Kill You by Alexandru Badelita, who is a student at Le Fresnoy, a postgraduate audio-visual arts center in the northeast of France, which fosters some of the best new cinema anywhere today.”

Sog by German filmmaker Jonatan Schwenk from the University of Art and Design Offenbach received the “Best Student Animation” award.

“After spending a week in and out of theaters, and talking with filmmakers and audiences, we close out the festival with such a strong sense of community,” said Rodriguez.  “Filmmakers are making movies about the changing world around them. I think our award winners showcase an understanding and compassion for people, and it’s a great thing to see.”

With his Panavision prize, Van Dyk feels a bit of wind at his back pushing him forward. There is a two-year time limit to use the Panavision film package, which for Van Dyk is “Perfect.”