Welcome to my new column Publisher’s Pick. Over the last 4 years, I have had many occasions where I was at a restaurant, event or show and I was extremely impressed and wanted to write something about it and share it with my readers, however, I didn’t have time to write a full article about it and nobody got to hear how amazing something was. So with this column I will briefly touch on recent events that I attended that are worth mentioning or upcoming events that I want our readers to know about. 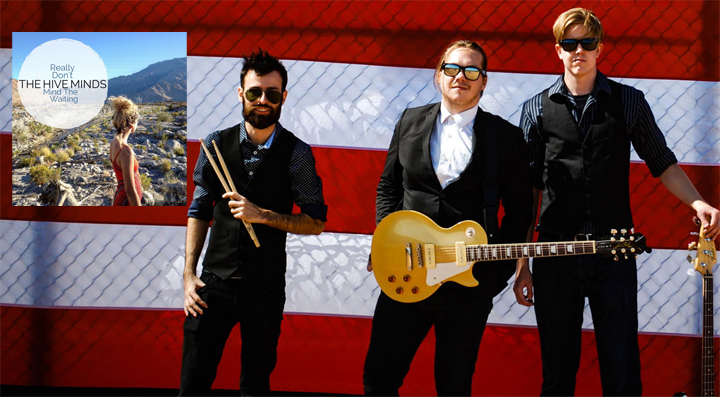 Last Friday night we attended the Hive Minds CD release party for Really Don’t Mind the Waiting at La Quinta Brewery. I have seen them perform many times and they are one of my favorite local bands. I even remember frontman Derek Jordan Gregg competing in an open mic competition hosted by Mix 100.5 that I judged, way back when Stadium House was still open. I knew then that this guy was destined for success. Being Mark Gregg’s son, the apple didn’t fall far from the talent tree.

I have to say that this was the Hive Minds’ best performance to date. It was raw, it was polished, and it was passionate. And you could tell these 3 guys (Gregg- vocals & guitar, Sean Poe- drummer and Matt Styler-bass) were having the time of their life performing these well- crafted songs. Gregg was completely in his element that night playing to a packed crowd of adoring fans and fellow musicians.

This Friday night two amazing bands, Hollace and 5th Town, will be performing at Hard Rock in Palm Springs for the new Hard Rock Acoustic Sessions hosted by Esjay Jones. This is the 4th week of this new event that takes place in the hotel lobby and is the brainchild of Esjay Jones who has an impressive resume that includes singer, songwriter and producer. For all the people in town that wanted live rock music at Hard Rock…now is the time to get your butt there to support. 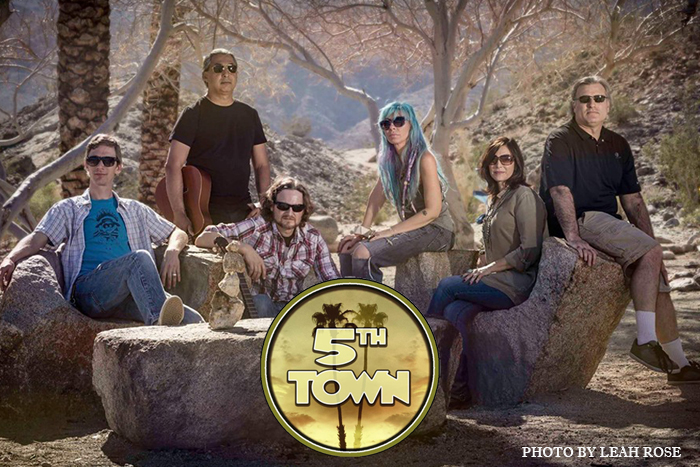 5th Town is almost like a super group as it is comprised of 5 members of several different bands, all of which were nominated in different categories at the CV Music Awards this year. Their performance at the awards with their song “Pretty” was spot on and the song written by Linda Lemke Heinz could easily be a hit song on country or pop radio. The band includes: Linda on keyboards and vocals, her husband Josh Heinz on guitar, Martin Barrera on guitar, Jeff Mazur on bass, Troy Whitford on drums, and Chelsea Sugarbritches on vocals. Ms. Sugarbritches won the award for “Best Frontwoman” this year while the Heinz’ other band Blasting Echo, won for “Best Rock Band.” These two ladies harmonize like songbirds and can knock it out of the park with their powerful vocals as well. 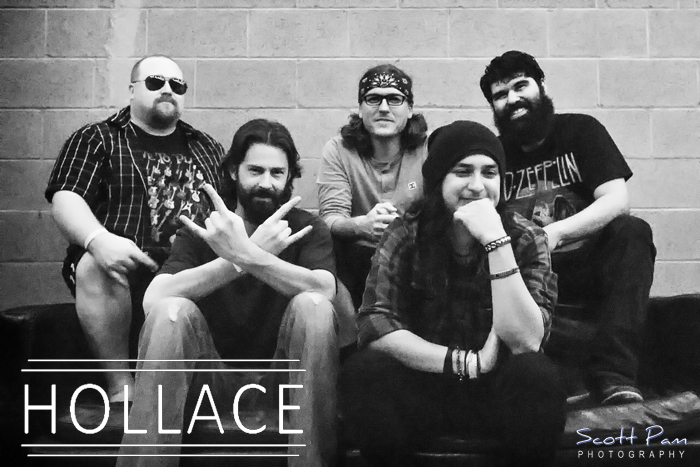 Hollace was also nominated for several awards and took home the “Best New Band” award. This band has a batch of well-written songs with great melodies and catchy hooks, which are executed passionately by frontman Alex Antonio. These songs will get stuck in your head long after you hear them. Antonio performed a memorable duet at the first Acoustic Sessions with Esjay Jones on the Def Leppard song “Pour Some Sugar On Me,” to a packed lobby. Collaborations are a cool thing and I would like to see more of them. Band members include: Alex Antonio-vocals, Shawn “Stretch” Fisher- bass, James Hollis Eaton- guitar, Frank Michel- lead guitar, and Josh Ballard- drums, who played guitar and sang a song of his own during that session.

The show is from 8-11pm and is free. This Friday, June 17 at Hard Rock Palm Springs.