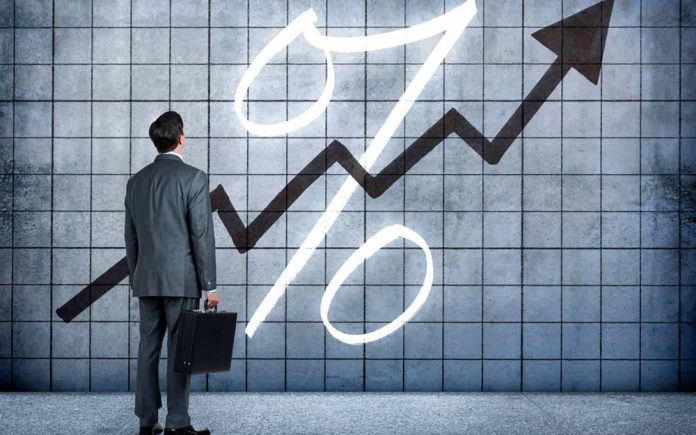 A:  A little bit.  The Federal Reserve has indicated that it intends on discontinuing the purchase of $120 billion a month in Treasury bonds and mortgage-backed securities.  This massive buying over the last eighteen months has grown the Federal Reserve’s balance sheet by more than $8 trillion.

Many economists and investors believe that these extraordinary fiscal measures will result in a sharp rise in interest rates.  This seems unlikely as the Federal Reserve has indicated a willingness to let inflation run hot for a while in pursuit of larger, societal objectives.  Part of the Federal Reserve Board’s mandate is full employment.  While unemployment is considered manageable at the current 4.8% rate, a deeper look at the number betrays a less optimistic situation.

While we hear that job openings exceed the number of job seekers, fewer than three in five working-age adults are actually working.  The rest are uncounted in unemployment statistics as they have been out of work for more than six months.  For some reason, the government categorizes those folks as ‘not participating’.  The latest job numbers for September from the Department of Labor reflect a far less robust employment number than most economists were projecting.  Weak numbers are due to the rise in the delta variant and its impact on business.  Most thought the end of pandemic relief form millions would have resulted in greater hiring levels.

A large part of the mistmatch between job openings and job seekers relates to skills and location.  Shortages of highly-skilled technology workers cannot be filled with lowly-skilled hospitality workers.  Similarly, the migration of workers between states for open jobs has been hamstrung by the continued challenges caused COVID and a growing number of people who are choosing lifestyle over career.

A growing number of people are dropping out of the workforce.  People have found that they can get by on less.  Where two in a couple may have had to work full-time in Los Angeles, they can change jobs, work from home, and move to a more affordable location.  At the same time, many older professionals decided to retire early thanks to strong stock and real estate markets.

The Coachella Valley has been a beneficiary of this migration.  Many technology professionals from around the United States have chosen to relocate to the Valley thanks to our great climate (most of the time), hip factor (style, not orthotics) and proximity to metropolitan cities.  An increase in flights destined to and from the Palm Springs International Airport is another indication that the valley is benefitting from rapid changed in national demographic trends.

For these positive trends, we miss the reason why the Federal Reserve is likely to keep rates low longer than expected.  First, there is an increased bifurcation between the haves and the have nots in American society which has the tendency to cause greater civil unrest.  For every new job that lands someone in the upper or upper-middle class, two middle class jobs are lost to the lower class.

Changing needs in the workplace are leading to an increasing divide in society.  How do you re-train a mid-western Factory worker in their fifties to work in the high-tech field?  What does a mid-level manager do if they get caught up in the latest ‘right sizing’ move by upper management?  These folks have skill sets that are not transferable toward open jobs with comparable earnings.  This downward spiral of opportunity results in increased frustration, financial distress and worry.

Whether it is a multi-trillion infrastructure plan or extraordinary financial support from the Federal Reserve, these much-needed efforts by the Fed, mask deeper challenges facing the United States, its people and economy.

We are falling behind other areas of the world.

Without a greater focus on education, good economic opportunities will be harder to find as companies can hire in Indio as well as India.

With larger trends afoot, the Federal Reserve will be in no hurry to unwind its historically large balance sheet or let rates go up too far.  The issues at hand are deeper and harder to fix.