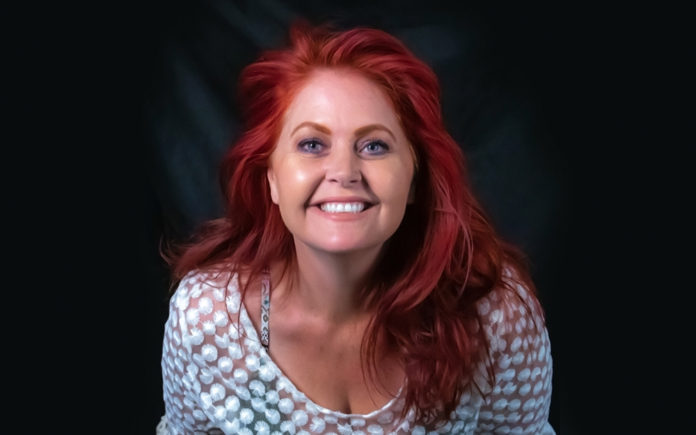 Rebecca Rizzo serves as the Director of Membership of the Greater Coachella Valley Chamber of Commerce (GCVCC), although the desert has not been her only home. Born in New Jersey, Rizzo went to 13 different schools in three different states by the time she was 11 years-old—planting roots in Pennsylvania, California, Texas, and Oregon throughout her life.

“We moved a lot when I was a child. My parents owned their own business. We went door-to-door taking pictures of kids on ponies… My family was definitely out-of-the-box kinda thinkers,” explained Rizzo. “I was taught to go knock on doors with a live pony, a 45mm camera, canisters of film, a little cowboy hat, handkerchief, and chaps. Being small business owners, we were always trying new things that would work better. We moved almost twice a year; we were expanding across the country.”

Rizzo moved to the Coachella Valley in 1995 to live near her mother, as she herself was a young 22-year-old single mother who initially enrolled at College of the Desert (COD) to pursue a degree in teaching.

“I went through school as a single mom. I used the welfare system and Pell grants to be able to afford my education. I even lived in affordable housing and was able to use the child development center at COD for day care. I tutored to earn extra money,” revealed Rizzo.

She received an Associate’s degree in Liberal Studies instead, and went on to partake in other occupations like “janitor, burger-flipper, door-to-door salesman, licensed cosmetologist, and ordained minister.”

Rizzo had made connections with the La Quinta Chamber while taking part in the Leadership Coachella Valley Class of 2009. “I understood a long time ago, that in our Valley, connections are key. I had just joined the Desert Hot Springs chamber and knew I wanted to connect to the La Quinta community. What better way to get connected but through the Chamber,” said Rizzo.

With her position as Director of Membership, Rizzo’s favorite aspect of her job is working with people and reminding businesses why they started their journey by re-Igniting their passion and excitement about the possibilities of a new business venture.

“I love connecting with everyone’s energy. I truly believe that we are all meant to connect and help each other. I believe that creating a positive experience creates a ripple. The ripple continues as it touches others in many directions. If your ripple is positive, it creates more positive. I believe we can change the world by focusing on happy. People make me happy,” revealed Rizzo.

“Believe in yourself. I know that’s so cliché, but it’s true. I never realized that my understanding of economics was spot-on. I never thought I was smart. I thought maybe I was missing something. It wasn’t until I was in my thirties that I got it. ‘It’ meaning the clarity of self and knowing I was truly intelligent. Dream, believe and love, it really does create a ripple. Be a part of the ripple,” stated Rizzo. 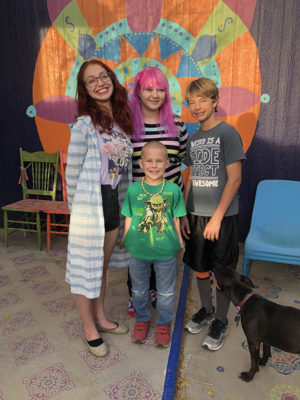 Rizzo is proud to call the Coachella Valley her home, with other members of her family also living in the desert—her mother, little brother, and her two adult daughters. Her younger brother owns three businesses in the High Desert while her mother is an artist on the Hwy 62 Open Studio Art Tours.

“After years of moving, I finally found a home. The Valley is a place where I finally feel planted. My roots are strong, and my flowers are coming into bloom. The Valley believed in me when I didn’t know how. It taught me my worth. It taught me that I deserved to be happy, and to spread that happiness to others,” shared Rizzo.

In terms of the future, Rizzo sees herself being an Ambassador of the Coachella Valley by remaining happy, healthy, strong, and connected to the community.

“I want to truly leave the world better then when I started. I want to learn more ways to make our lives better. I understand being human is hard, wonderful, challenging, boring, scary, passionate, lonely, full, but it is always more with each other. Together we can create a positive ripple that will turn into a wave,” stated Rizzo.