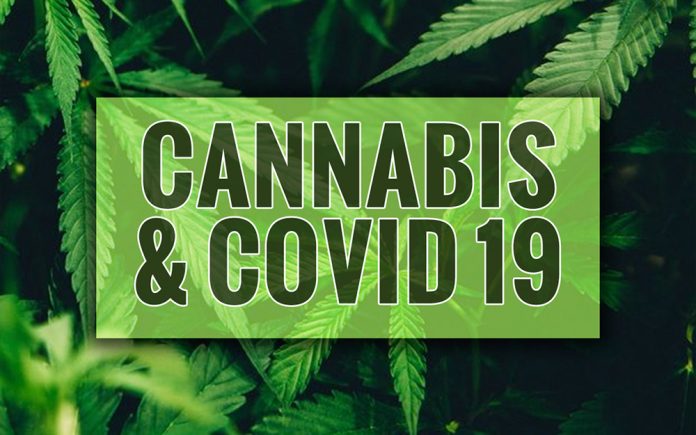 In this first print issue of CVWeekly since March 2020, I think it helps to reflect on the past to see what we have learned so we never go through this horrid experience again. How did we succumb to the severest restrictions ever inflicted on us by our governors, mayors, supervisors, or unelected health advisors? What I have learned from the year in quarantine is that similar to what the government has done with the science of cannabis, they have also disseminating false information on the Wuhan virus to the detriment of America.

The Federal so-called experts talk out of both sides of their mouths. If you read my last article in the Cannabis Corner, you noticed I shared another cannabis patent that our taxpayers obtained on the medical effectiveness of cannabinol (CBD) and delta9 tetrahydrocannabinol (THC). But this miraculous plant is still prohibited on the federal level. Go to NORML on how to contact your representatives on ending federal prohibition.

The arbitrary and capricious rules determining what is essential and what is non-essential led to the most discriminatory practices. We had cannabis dispensaries designated as essential, but churches were closed. We had supermarkets open but churches were closed and some churches at this date are still not open. At a time in history when the world is suffering an unknown illness, when spiritual help is needed, our churches were closed. Funerals could not be held. Weddings could not be held. Baptism and Brit could not be held even if outdoors. A man in Los Angeles was arrested for singing at an outdoor religious ceremony. It took a polish immigrant leader in Toronto, Canada, to chase the police out of a church during the distribution of communion. What have we become in America, that praying, our first constitutional amendment was ignored?

Never in the history of mankind have citizens been told to go home with their infection without treatment. Never before in history has the healthy been quarantined. To think that California can prevent infections by locking down a state. To think there is an invisible barrier from the ground to the sky repelling the virus is a ludicrous proposition. California locked down and saw infections and deaths rise, but Florida and some other states did not lock down and experienced minimal infections and deaths. South Dakota did not issue any lockdown orders and they have zero deaths from covid. Were there nanoparticles in the air around South Dakota protecting their citizens, yet infecting others across state lines? Nonsense. We learned that lockdowns do not work.

The endocannabinoid system is heavy with receptors in the immune system for cannabinol (CBD). Cannabis: Sativa, was found in a cytokine storm study to reduce multiple cytokines and pathways related to inflammation and fibrosis. Two of the cytokines that Cannabis: Sativa reduced were TNFa and IL-6, which are thought to be the main targets when trying to block a Wuhan virus cytokine storm and acute respiratory distress syndrome (ARDS).

During the progression of a Wuhan virus infection, ACE2 levels change and the need to modulate these levels becomes particularly important as ACE2 is essential for lung function in animal models of SARS viruses.

Studies on Treatments for Cytokine Storm

Searching for treatments to mitigate the effects of a virus infection initiated several studies in the efficacious effect of CBD and THC. THC is known to bind to CB2 receptors, which are found primarily on cells of the immune system. Activation of CB2 receptors by THC suppresses cytokine release.

Severely affected Wuhan virus patients with respiratory failure stemming from ARDS can be treated with high-CBD extracts on a cycle of 14 to 28 days followed by a subsequent period of the same length. High-CBD extracts can inhibit viral cell entry and spread by decreasing angiotensin-converting enzyme 2 (ACE2) receptor levels, a receptor expressed in lung tissue and the oral and nasal mucosa that SARS-CoV-2 uses for entry into a human host.

Patients being treated with other immunosuppressants or anti-tumor necrosis factor (TNF) alpha biologics for inflammatory bowel disease (IBD) or rheumatoid arthritis, indicates they seem to fare better than the general population, needing less hospitalization, and not reaching the most severe stages of the Wuhan virus.

Other researchers looked at the significant increase in the levels of apelin, a peptide made by cells of the heart, lung, brain, fat tissue, and blood that works in reducing inflammation. In the ARDS model, apelin levels dropped close to zero in the lungs and blood, but when scientists gave the mice CBD, apelin levels increased by 20 times.

Early evidence has tentatively indicated that CBD and THC may be beneficial in the treatment of patients whose bodies’ inflammatory response has become pathogenic.

Terpene manufacturer Eybna, and cannabis research and development firm CannaSoul Analytics, both from Israel, indicate a combination of terpenes and cannabinoids used is up to two times more effective than the corticosteroid dexamethasone when used to reduce inflammation from the Wuhan virus.

STERO, an Israeli research company, has extensive experience working with CBD-based drug development from previous trials performed in over 150 patients with Graft Versus Host Disease (GVHD), Steroid-Dependent Crohn’s Disease, Chronic Urticaria, and more; searching for effective ways of reducing or eliminating patients’ dependence on steroids, as well as helping patients who are refractory to steroids to respond to them. These studies are the impetus in finding treatments for the cytokine storm produced by ARDS.

What have we learned about non-cannabis treatments for the Wuhan virus? Hydroxychloroquine is over the counter in many countries, India, Africa, Brazil. India is also using Ivermectin. While the media poo-pooed its use, hydroxychloroquine has been safely used for seventy years. Dr. Scott Atkins, a senior fellow at Stanford University’s Hoover Institution, is a well-known physician who signed the Great Barrington Declaration. They claim thousands of deaths could have been prevented with these known treatments. Physicians espousing these treatments were banned, fired, and in some cases arrested.

All research prior to the Wuhan pandemic, determined as fact, that masks do not prevent transmission of respiratory viruses. Denis G. Rancourt, PhD, an Ontario Civil Liberties Association (ocla.ca) Researcher, wrote an article in March of 2020 stating;  “A vile new mantra is on the lips of every public health official and politician in the global campaign to force universal masking on the general public: “there is a growing body of evidence”. This propagandistic phrase is a vector designed to deter attention away from the considerable known harms and risks due to face masks, applied to entire populations.” We all choose our own sources of information.

It is not a vaccine in the traditional sense. It is an experimental drug. One-third of all health care workers in America have refused to take the experimental drug mRNA. Nurses in a Houston hospital were fired for refusing the “vaccine”.

Advances in Legalization of Cannabis

We learned the lockdown did not prevent the public from voting on cannabis. Connecticut just approved recreational use. We will come out of this pandemic bruised, shocked, angry, depressed, and scared. These bruises stimulate a desire to actively change how our government works. Various new social media networks are giving voice to the silent majority.

LinkedIn deleted the account of mRNA Vaccine Pioneer who questioned risks of COVID-19 Shots.  No matter which side of the political landscape you fall the next two years will be an effort in recovery. A little CBD for anxiety is prescribed.

Share what you have learned from this disastrous year of isolation, contact info@ruthahillrn.com or go to https://www.ruthahillrn.com/