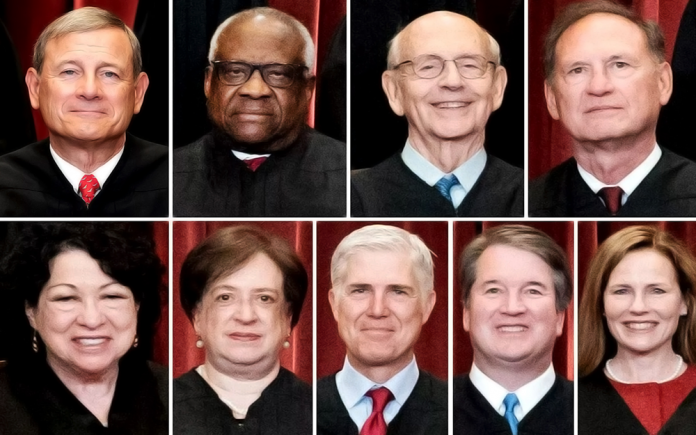 Roughly seven in ten Americans believe that women should have the right to choose whether to abort a pregnancy.  Here in California, a new Planned Parenthood poll suggests that somewhere between 75% and 90% of voters want the continuation of legal access to abortions.  As such, it is understandable why so many people believe that their civil rights have been violated by the recent decision of the Supreme Court to end precedents set by the 1968 Roe vs. Wade court decision.

If you are amongst most Americans who are against the recent decision, do not despair as this court decision may help our nation to find a place of compromise.  The conservative court’s decision may lead to a lasting resolution to this debate.

If abortion laws are moved from the national level to the state level, this divisive issue has reached a compromise as unpalatable as it is to most.  Twenty-six states are restricting or abolishing the access to abortions due to the Court’s decision.

Those wanting abortions who live in states where such actions are illegal should find ample support in neighboring states.  Those without the resources to travel to another state or pay for the procedure should find ample financial support to help them in exercising their right to choose.  While getting the abortion will be more challenging, more support, both emotional and financial, should become available.  The biggest concern would be if grandstanding politicians make it a misdemeanor or crime to cross state lines for an abortion.

The Supreme Court decision overturning Roe v. Wade affirms what the Founders of our country wanted – a government with more local control over issues of importance.

If we look at the political landscape in the United States in 2022, it is clear that the Democratic party has been hijacked by its most liberal elements.  Similarly, the Republican Party has been hijacked by its most conservative elements as well as others who prefer in a Trump autocracy to democracy.  The vast majority of us want none of these extreme views.  We want a more sensible place in the middle.  That cannot happen unless more sensible folks representing the majority get involved.

If we look at the European Union, the various countries that make up that economic alliance have vastly different approaches to life.  Why can’t the United States follow the E.U.s approach where economic issues are decided centrally but personal issues are remanded to the member states?

By moving decisions from the federal level to the state level, people should migrate to the places where they feel most comfortable.  Over time, majority positions should overtake minority positions.  While this may not be ideal for those who need to move, we should remember that most of us who live in the United States migrated from other places.

One thing that most people agree on is that both major political parties in the United States do not serve the people anymore.  Both parties prefer to fan the flames of division for their benefit.  True leaders would work toward uniting us even if we disagree on important issues like abortion, same sex marriage, guns, or another wedge issue.

Rather than despair, view the Supreme Court’s decision as a move that should help to engage a new generation of Americans in politics.  The hope is that new people will replace the divisive and selfish electeds who were elected to us but serve us but seem to serve themselves and their political party over us.

Haddon Libby is the Founder of Winslow Drake Investment Management.  For more information on investment management services, please visit us at www.WinslowDrake.com.