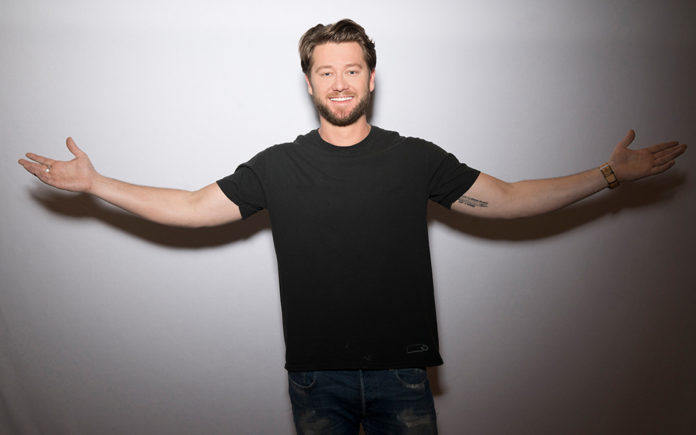 From carpenter, to baseball recruit, to Southern Miss’s three-time College World Series ring recipient, rising country music star, Adam Doleac, has been applying the work ethic instilled by his father since he was a child growing up in Mississippi.  Until a severe injury abruptly ended his baseball career, Doleac might never have dreamed he’d be applying that same determination, discipline and work ethic to a music career. Having always had an affinity for music, Doleac started booking shows as a solo artist and writing songs with a teammate following his injury. His online posts of his music got the attention of established songwriters in Nashville, leading to some successful co-writes and a move to Nashville.  SiriusXM’s The Highway selected “I Put It On Ya” as an On The Horizon track in 2014 which led to a publishing deal with Sony/ATV. To date, Adam’s ability to construct meaningful tunes have earned him cuts from Darius Rucker and Kane Brown. Not satisfied as merely a writer, Doleac signed a management deal as a performer with 287 Entertainment. Doleac released a self-titled debut EP in June 2017 becoming a featured artist on the fall SiriusXM’s 2017 Highway Finds Tour. Doleac also caught the attention of the streaming world, and several of his songs have earned spots on Spotify-curated country playlists. On his way to Stagecoach, Doleac gave CV Weekly a few minutes to share insight on his rising career.

CVW: “What/who has been your greatest influence regarding your music and lyrics.”

Doleac: “My biggest influence in songwriting is John Mayer. I’ve been listening to John Mayer records for 15 years now, and they never get old to me. He’s timeless, and that’s what I strive for with my music. I want people to listen back in 15 years and still love my songs the same way they did the first time they heard them.“

CVW:  “Who is your favorite songwriter in Nashville?”

CVW: “There are so many young dreamers wanting to rise above the waterline in the music business – what do you think set you apart to help you get here?”

Doleac: “I think one thing that has set me apart from the gazillions of young dreamers and artists trying to making it is simply staying true to myself and being unique. It’s easy to try and chase after new trends or the newest cool thing (and I have done that in the past, believe me), but I have found that people want honest, they want true and, most importantly, they want to feel something when they hear a new song.”

CVW: “What is your next goal/best waking dream ever?”

Doleac: “My next goal is to be a part of a major tour.  My best waking dream? All these songs start off with me sitting in a room with nothing but a guitar, writing them down. However, while I am writing them, I am imagining myself singing them in the middle of a stadium with 50,000 people singing back to me. So, that. I want to do that. That’s my best waking dream.”

CVW: “Can you give me one weird/not-so-weird fact about yourself you think most people don’t know or see about you?”

Doleac: “One not-so-weird fact about me is that I love thrift stores and old/broken things. For example, I love typewriters. That clicking is one of my favorite sounds on earth. Every song I write, I come home and type it out on my typewriter, and I keep them all. That stack has gotten pretty large in the last five years!”

CVW: “Your first dream was baseball.  How did you handle the heart crushing news that you wouldn’t be able to continue and make the transition to a new passion?  I ask you to answer from the very human side so that readers who encounter anything similar might gain something from your story.”

Doleac: “Of course, my original dream was to play professional baseball, and there were times where that dream seemed very real and right around the corner. When I got hurt my junior/senior year of college, that dream started to fade away. I’ll never forget the feeling of walking into the College World Series. There were 30,000 people in the stands. It was at night, and cell phone lights were everywhere. That high – that feeling of something bigger than myself – is still what I am after today. Sure, I got injured, and I wasn’t able to do it in the way I originally planned (which was baseball), but now I’m chasing after it with a guitar in my hand instead of a baseball bat.”

CVW: “What would you tell other young artists first arriving in Nashville or just hoping for a career in the music industry?”

Doleac: “I would tell anyone who wants to move to Music City and chase after this crazy dream that they’d better LOVE IT. Love it with no plan B and with a certainty that you can’t live without this thing called music. I’ve done a lot of things in my life, but Nashville has tested me more than anything I have come across. You’ll hear, ‘No,’ ten times as much as you will hear, ‘Yes.’ You will want to go back home 100 times before you finally realize you want to stay forever. Yes, it’s hard work, but there’s no ‘job’ quite like it. How lucky am I to be able to create something out of nothing every day, and then go travel the world singing it?”

Catch Adam Doleac at Stagecoach Saturday, April 28, 12:45 pm – 1:10 pm on SiriusXM’s SPOTLIGHT Stage.  This may be the most intimate setting you’ll be able to catch his show as he sets his sights on those bigger arena stages.  You can also follow his budding career at www.adamdoleac.com