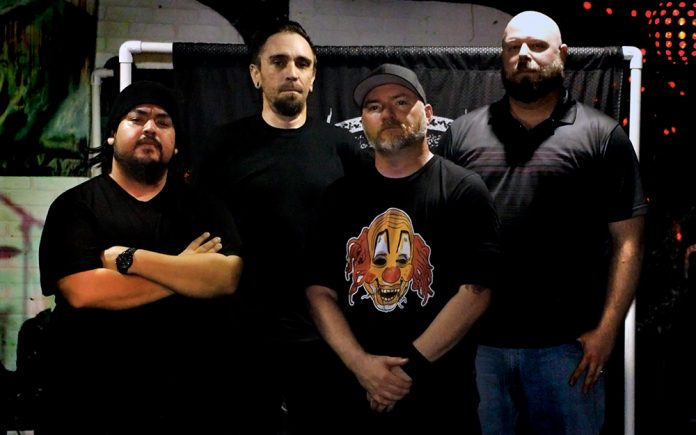 By Crystal Harrell / Photos By Chance

The third round of competition for the 5th Annual CV Music Showcase took place on February 9 at the Hood Bar & Pizza in Palm Desert. Three different music acts ranging from hip-hop, freestyle, and metal, gave it their all in a battle-of-the-band contest to impress a panel of industry professional judges and the chance to move forward to the final round of the showcase.

The musical line-up of the night consisted of local desert acts Razor J, versastyle, and Call Upon Your Gods. The panel of judges for this round of the competition included 5th Town vocalist Chelsea Sugarbritches, 93.7 KCLB Content and Music Director Todd Killiam, and Melrose Music owner David Williams. 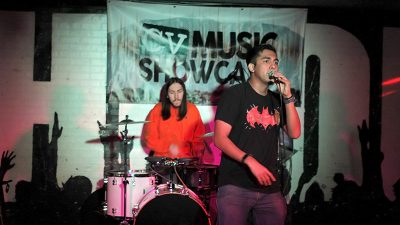 The first performer of the night was Juan Espino, better known by his stage name Razor J, accompanied on drums by Shawn McCune. With a high-energy performance of rapid fire verses and funky guitar rhythms, Razor J opened the showcase with genre-bending flare. The judges were overall impressed with his set, praising his instrumentation skills and stage presence. David Williams complimented the last song of his set, “Need to Know,” dubbing it his favorite of Razor J’s performance.

“It had a hook that I really liked and the structure of the song was on point. Some of the other songs you played got a little lost with the format, but this one was consistent,” said Williams. He also praised McCune’s drum accompaniment and his unique guitar style. 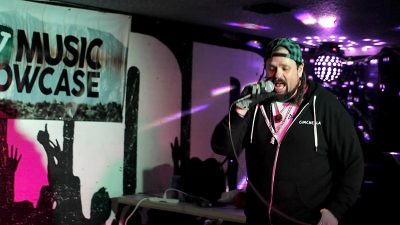 The next act to follow was hip-hop enthusiast and recording artist versastyle, who incorporated audience participation with his freestyle verses by having them suggest words and making lines about them during his set. The crowd responded well to versastyle’s innovative verses, creating an echo of lighthearted laughter throughout the noisy bar.

The judges were thoroughly entertained by the hip-hop artist’s humorous approach to his performance, and felt that he connected with his audience throughout the performance. Chelsea Sugarbritches, however, felt that versastyle should have his own DJ during his set so that he is sitting at the computer monitor less and has a chance to more readily engage with the crowd without long interruptions.

“I never want to hear your backing track more than you. Always be prepared. You are amazing and I think you can go very far, but I just think you need to be more ready,” stated Sugarbritches.

The final act of the night was the band Call Upon Our Gods, made up of Ex-Remnants of Man members Rc Torres (Guitar) and Joe Lynn (Vocals), with In The Name Of The Dead’s Justin Cira (Drums) and Woody (Bass). The band described their sound as melodic death metal, punctuated by Joe’s expert vocal stylings and powerful growls. 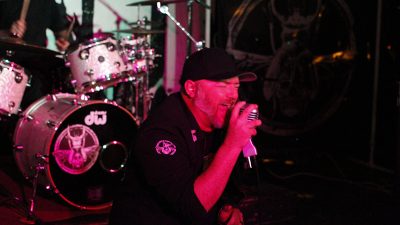 The band rocked the set with a unified presence and elevated sound that engaged the audience with an overwhelming effect. Soaring electric guitar solos and intense percussion beats left a lasting statement with the judges, and ultimately turned the tide of the competition. Sugarbritches even dubbed that Joe Lynn has “the best growl in the entire Coachella Valley.”

When the time came to announce the winner of the third round of competition, the final results were decided based upon various scoring criteria such as audience engagement, stage presence, and overall song quality. It was announced that the winner of the third round of the showcase was Call Upon Your Gods by a leading margin. The metal band will now continue on to the next stage of the competition with a chance to win the entire CV Music Showcase, in addition to a $2,500 cash prize, studio recording time with David Williams of Melrose Music, a video by Circulation Media and photo shoot.