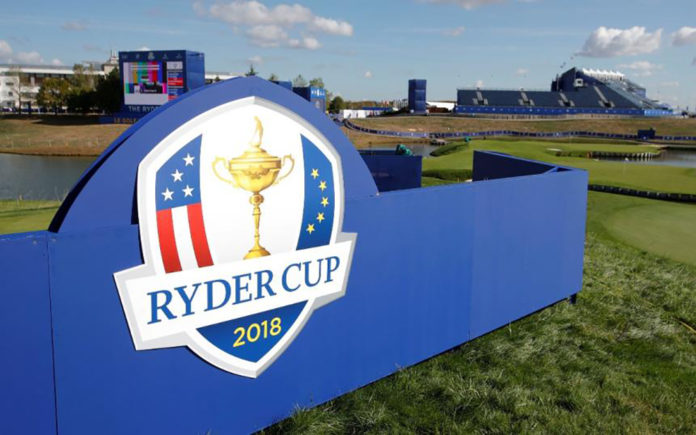 CV Weekly digs into the numbers of previous Ryder Cups to help dig out the best bets in Paris this weekend.

Who Will Play All 5 matches?

One of the obvious lines to Ryder Cup Wagering is, which players take part in every match? Are certain stars undroppable even if they lost twice on day one? Here are those taking part this year who have played every match at some point during their Ryder Cup careers.

With typically more depth, it’s no surprise that American skippers usually spread the talent across the first two days. Tiger and Phil in their prime were good for all five but no American played four times before the singles in 2012 and there were just two each who did in 2014 and 2016. Sergio Garcia has played all 5 matches in 1999, 2002, 2004, 2006, 2016. One of the other surprises is that Ian Poulter wasn’t used in every session just once in his career!

Not only was he the top European points scorer on debut in 2016, Thomas Pieters outscored everyone on the USA team too. So is there evidence to wager that Europe often produces the top overall scorer? Yes!

A simple question, “Does the team with the lowest average world ranking usually win”? Here’s the list since 2008.

The team with the lowest average world ranking has won just three of the last 10 Ryder Cups. But also note that when Europe had a rare turn at being stronger on paper in 2008, they couldn’t turn it into a victory either.

Do too many rookies make a team vulnerable?

The team with more rookies has won four times in the last 10. Crucially, though, on each of those four occasions, the team with more new boys was playing at home. The biggest pointer to defeat is to have more rookies in a team playing away from home. Europe had six in Hazeltine in 2016 and were hammered 17-11.

2018: The rookie count this year? Europe 5 USA 3. History says Europe can absorb all that new blood and still win but it also suggests the USA are less vulnerable than they might have been.

Fate of the favorites

There’s a perception that the USA are always favorites to win the Ryder Cup and usually blow it. Does history support the idea? Here’s a list of the last 10 market leaders and how they fared:

The win rate for favorites in the last 10 Ryder Cups is just 50%. However, only three of the last four have won. Another pattern with particular relevance to this year is that the USA have a terrible record as favorites on the road.

So what does it all mean? Statistics and history tell us to buck the Apple Pie and take the Europeans. Bet them to win and for their side to have the highest point winner individually. My money’s on the Brits plus the passionate Sergio Garcia to show up big. An added bonus, bet strongly against Mickelson is his singles matches as he’s BY FAR playing the worst. Not patriotic I know, but profitable? Yes. G’Luck!