Saturday Night Laughs Comedy Show at Plan B Live Entertainment & Cocktails in Thousand Palms, benefiting the Coachella Valley Rescue Mission on Saturday, May 16th 2015, was a wonderful success!! With talented comics and one amazing magician, funds were raised to help one of the most important charities in the desert. 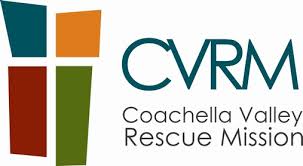 The Coachella Valley Rescue Mission started back in 1971 by concerned business persons and churches. It grew from its humble beginnings in a former WWII building into a newly constructed building which opened in fall of 2011. The facility helps the needy, sharing their spirituality with 225 clients a day, providing 190,000 meals a year and gives shelter to 70,000 every year. The CVRM helps the homeless, the abused, and addicted get back on their feet and back into society in a productive and positive manner.

The Saturday Night Laughs Comedy Show was produced by The Palm Springs Local, a local website providing reviews of local stories, events and restaurant reviews with a local flare. And powered by Renova Solar, a leading solar power company. Talent for the event was generously given by comics Ernie Avila, Hector Castro and Mike Whelan. An added benefit for the show was magician Dean Apple, who not only entertained the audience with his sleight of hand, but also incorporated his own brand of humor as well.

Ernie Avila, is a well-known comic from the Ontario area, performing at local venues. Hector Castro has performed for several comedy shows benefiting the CVRM, and was the winner of the “Get Up and Stand Up” comedy contest back in 2011. Mike Whelan, an up and coming comic from L.A., was hilarious with his astounding impression of Christopher Walken.

Magician Dean Apple’s talents are ranked high and continue to be recognized locally and nationally. His show incorporates traditional magic with a twist of humor, making for a night of pure entertainment. He will be performing at the Indio Performing Arts Center on May 22nd, 23rd and 24th. Make sure to catch his fantastic performance (www.indioperformingartscenter.org).

Plan B Live Entertainment and Cocktails provided a fun and ample space for the comedy show, with great drinks and a friendly staff. The admission for the night was $15 per person with an optional canned food donation. Admission included a chance to win a ride with Ackland Biplane Adventures, which was happily won by one of the evenings patrons (he was very happy, ready to fly high with a trip on the Biplane).

All of the door and raffle proceeds from the event went directly to the CVRM. The organization has recently expanded their facility to incorporate a new shelter annex providing nightly shelter to 75 souls a night. Clients get to shower, have access to clean clothing, meals, have a place to sleep and have access to case management services daily. The CVRM is there to help in every way.

From Now until August, you can visit any Subway restaurant in the valley and support the CVRM with the “You share and we Share” campaign. The restaurant chain will donate a portion of weekend sales to the CVRM.

The CVRM will also be kicking off their “90 days of Summer” the first week of June. The program runs the whole summer and is serviced by CVRM staff and local volunteers from public and medical organizations who go out into the community on a weekly basis to help those who are on the streets. They offer the needy medical aid, food, and clothing, and make sure that they are informed of the services available to them through the CVRM.

Towards the new school year, the CVRM will once again be launching their “Backpack Bonanza” outreach program on Saturday, August 22nd. They will be seeking donations before the event of backpacks and school supplies to assist needy children prepare for the new school year.