To see or not to see, that is the question.  It’s why most movie fans read reviews from trusted critics.  Whether to venture out to experience a film with vaccinated (?) strangers, or stay at home in the safety and comfort of your private space in a tradition theatrical venue, or at home on your 4K big screen device?

Far be it from me to advice or recommend stepping out from your comfort zone, there’s little doubt the really big screen theatrical event is superior.  But I have to admit enjoying an anticipated movie in the comfort of your home theater can be pretty satisfying and likely safer. 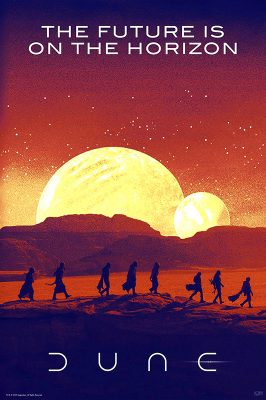 Based on conversations with fellow movie buffs, the three most anticipated films are:

“Only those who are able to conquer their fear will survive.”

Dennis Villeneuve’s ambitious adaptation of Frank Herbert’s iconic and massive novel is a first of all visual treat that sometimes gets bogged down in sober sequences that can be taxing.  Simply put, he core story  follows Paul Atreidos (Timothée Chalamet) who travels to the most dangerous planet in the known universe on a quest to obtain  the most precious material in existence, that will guarantee the future survival of his family  people.  Now showing in limited engagements.  Warner bros. 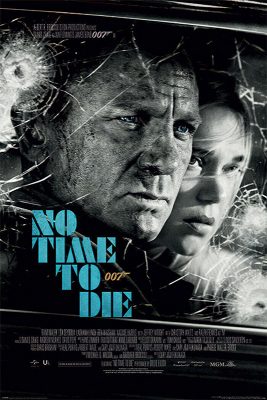 NO TIME TO DIE

The stylish end to Daniel Craig’s portrayal of 007 is a worthy and satisfying addition to the Bond movies.

Here, Bond has left the service and retired.  He’s enjoying life in Jamaica when his old CIA friend Felix Leiter drops by asking for help to rescue a kidnapped scientist that forces Bond to battle a dangerous new technology. 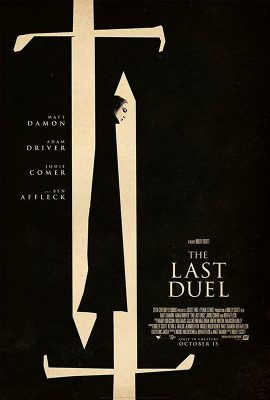 Ridley Scott’s rousing adaptation of Eric Jager’s book is a compelling true story of a crime, a scandal and trial by combat in medieval France.

Scott is an accomplished cinematic artist (he graduated London’s School of Art) and his magnificent film brings to life the turbulent Middle Ages in astonishing detail.

It’s about a woman with no legal standing and without the support of her husband who suffers the extreme consequences of defying the codes of chivalry, the Church and a teen age king.

And yes, it’s worth seeing on the biggest screen but only in a theater that supports all Covid safety precautions.  In theaters October 15.

NEW FOR THE HOME THEATER 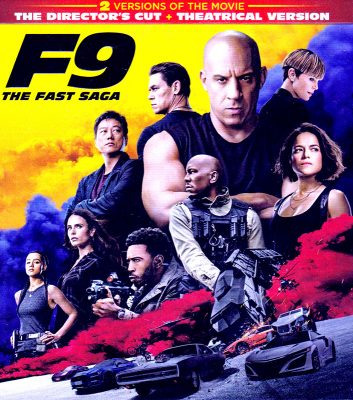 The Fast family returns in the latest adrenaline-charged installment of the action series with a never-before-seen Director’s Cut.  The blockbuster film has generated more than $600 million worldwide.

Dom Toretto (Vin Diesel) thought he’d left his outlaw life in the rear-view mirror, but not even he can outrun the past.  When his forsaken brother Jakob (John Cena) unexpectedly resurfaces as an elite assassin, the crew coms back together to help Dom confront the sins of his own past and stop a world –shattering plot,

Franchise veteran Justin Lin returns to direct for this super-charged version of the hit movie.  From extended action to spectacular scenes that weren’t shown in theaters, this Director’s Cut explodes with additional content that can only be experienced at home!.  The boxed set also contains the original theatrical release.  4K/Blu-ray.  Universal.