Senses Fail is set to perform an intimate acoustic show during Hard Rock Palm Springs’ listening party. They will be previewing their new album, If There Is Light, It Will Find You on Sunday, February, 11 at 6:00pm. The preview of the album will be followed by an acoustic performance in front of just 200 people. If you know anything about Senses Fail, you know this intimate of a show is a rarity. Tickets are available for free via a first come, first served RSVP. Not only will you be able to preview the album in its entirety, you will be able to purchase it 5 days in advance.

Senses Fail formed in 2002 in Ridgeway, New Jersey by Buddy Nielsen, Garret Zablocki, Dave Miller, and James Gill. Nielsen was the only member who has been in the band since its formation. If There Is Light, It Will Find You is the first album, Nielsen has written entirely by himself. This album gave Nielsen the experience to not only write the lyrics and melody, but all of the instruments too. If There Is Light, It Will Find You welcomes back one of the original drummers, Dan Trapp with long standing member Gavin Caswell recording most of the guitar and bass tracks.

CV Weekly: What is your first memory of music?

Buddy Nielsen: “Probably dancing around to Michael Jackson. I think I was maybe 4 or 5 years old.”

CV Weekly: When did you realize you wanted to be a musician?

CV Weekly: Can you tell us a bit about the formation of Senses Fail?

CV Weekly: You wrote the new album entirely by yourself. Was this a new experience for you?

Nielsen: “Oh yeah… definitely. I mean, I’ve written songs here and there, but I’ve never written the bulk of a record. I’ve written with certain people, but it was more I wrote this verse and chorus, but had people help me with a bridge or the melody. I’d never been responsible for all of the music and lyrics and melody. I’ve always been responsible for the lyrics and melodies for the most part, but not the music.”

CV Weekly: Did you record the album alone or did you bring the band in to help with it?

Nielsen: “One of the guys, Gavin (Caswell) who’s been in the band for many, many years now recorded most of the instruments. I recorded a couple guitar parts and bass parts, but he did a majority of the guitar work and bass work. Our original drummer, Dan Trapp came back and played on this record.”

CV Weekly: How did you pick Hard Rock Hotel in Palm Springs to have a release party and acoustic show?

Nielsen: “It seemed like a great opportunity. We were invited to stay there and had the record coming out. Everybody knows what the Hard Rock is, and we thought it was a good opportunity to use it to help promote the record. The following Friday is the official release, so we tied it into our release week plans.”

CV Weekly: Will fans be able to purchase the album, or is it just a listening party? 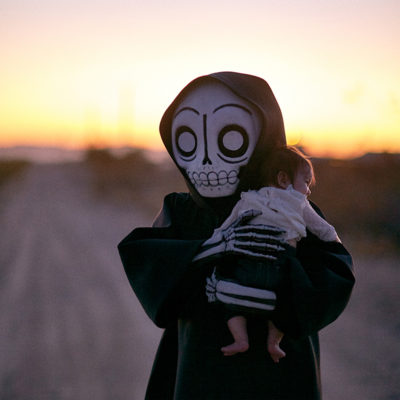 Nielsen: “Actually, it is going to be for sale early there! We’ll have vinyl versions of it too. It’ll be available almost a week early.”

Hard Rock Hotel in Palms Springs has been inviting world renowned musicians to stay at the Hotel to take advantage of their Sound of Your Stay amenity. This amenity lets guests check out a guitar from a “menu” of guitars at the front desk. Guests then can just jam or record while being inspired by the hotel itself, or the surrounding community. Keep an eye out on Hard Rock Palm Springs social media accounts, or in the pages of CV Weekly for more visiting musicians.