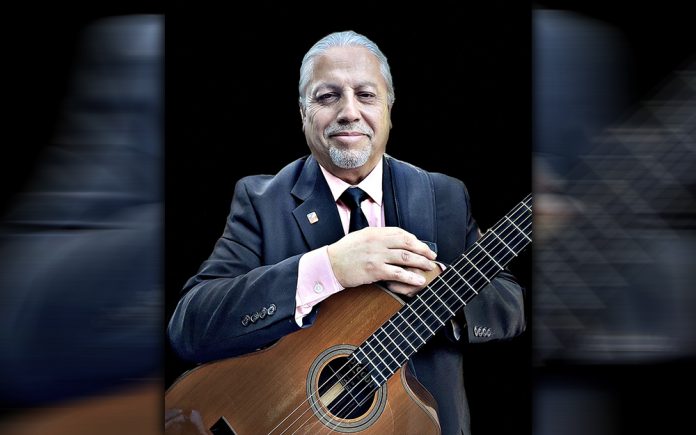 Any of us who have aspirations regarding the music industry, (whatever that even means these days), can tell you that one of the most, if not, THE most difficult and seemingly unattainable aspects of making your dreams come true has to do with the sheer economic costs of attaining the quality recordings and production that is needed to put out a decent product be it an EP, a full album or even a single.  I would challenge anyone who is curious about this subject to do a Google search on the subject because chances are if you do so…your jaw will hit the floor from the sticker shock.

With all of that in mind, CV Music Award winner for best instrumentalist,  Sergio Villegas has put together a stellar group of musicians/producers/engineers who have not only the talent…but the experience and equipment to make that happen and aim to do so at an attainable price. In other words, musicians have dreams and PC Productions is aiming to make them come true. 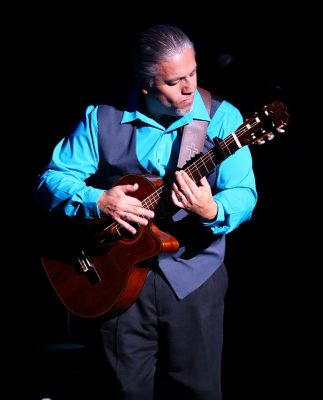 An immigrant from Santiago, Chile and lifelong musician, Villegas has been honing his skills as far back as he can remember. The story of his journey in life is very much the story of his career in music which has led him all over the planet…just to land here in the music Mecca that is the Coachella Valley. In order to understand the conception of PC Productions, it might be helpful to know the stories of the folks who conceived of this idea in the first place. PC Productions consists of musicians/producers/engineers, Sergio Villegas, Pedro Cortes and Seba Cortes along with artistic director Yadhira Robles. This time around we are going to focus on Villegas.

Villegas: “I started studying music in Santiago when I was around 6 years old and my parents enrolled me in the conservatory of music where I originally studied the accordion. That was because in the south of Chile we had a lot of German influence and language in our culture which led to the popularity of studying classical, European music such as Chopin, Tchaikovsky, Mozart, etc. Eventually, after I graduated from the institute I naturally gravitated towards popular music at the time in the early 70s. Basically a lot of rock and roll and motown.”

Villegas continues: “At the same time, there was a political movement happening with the youth of South America that inspired me to begin studying the music of the Indigenous peoples of the Andes and beyond. I started learning to play guitar along with a lot of different exotic instruments which led me to start playing with a lot of musical groups in Chile which I did until I came here to the US when I was 18 years old.”

CVW: You say your parents enrolled you into the music conservatory in Santiago when you were 6 years old. You were so little. Was that somehow something that was expected of you or was being a musician a desire that you expressed to them? 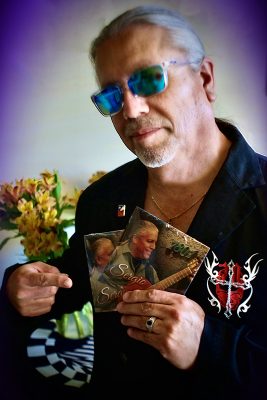 Villegas: “You know, my mother always said that when I was a baby I was good when music was playing and as soon as they turned the music off, I would start crying. Then my mother told me that as soon as I started walking, I would walk over to the radio to turn it on. So she was like, “This kid likes music, I guess!” The most important thing about this was the fact that my mom and dad didn’t have a lot of money. They sacrificed and did the best they could to pull together whatever they could to pay for those music lessons in order to make my career possible.”

Villegas continues: “For me, that has been the ultimate blessing because up until this night I have been able to do what I love the most, which is music. I have raised my kid and paid my bills all of these years with the little bit of talent that I have been blessed with.”

CVW: That “little bit of talent” that you speak of has taken you all over the world and given you the opportunities to collaborate with a lot of really cool artists, right?

Villegas: “It truly has been a dream come true. I come from a little country, all the way down south…practically the last country in the world. Then I came to the US and was able to meet and play with artists who I could never imagine meeting and playing with. I’ve played with Quincy Jones and The Gypsie Kings…I’ve played with a lot of groups and I’ve recorded more than 50 albums as a session musician. I’ve had the opportunity to not only perform in every state in the nation, but dozens of countries.”

CVW: How did you end up in the Coachella Valley?

Villegas: “I lived in Los Angeles for around 20 years as a working musician and eventually ended up here where I met (renowned CV Vocalist and icon) Sherry Evaro. We got married and I started playing music with the Evaros here in the desert. (Laughing)…Sherry was the one who told me that I couldn’t sing. She said, ‘You sing like crap! Take that voice and apply it to your hands on the guitar. Every song that we sing…play the notes like that on the guitar and see what happens.’”

Villegas continues: “I thought, ‘Hmmm, that’s interesting.’ Then I started playing the guitar like that. I started playing the guitar to the notes that they were singing. It turned into something that I could do really well and I was definitely one of the first ones to do that out here. Since then, I have been able to perform all over the valley from The McCallum Theater with Fitz Fitzgerald to pretty much every country club and major event that exists out here. These days I’m playing consistently at Sammy G’s, The Trilogy, Shield’s and a bunch of other places.”

CVW: All this has led to your new project, PC Music Productions. 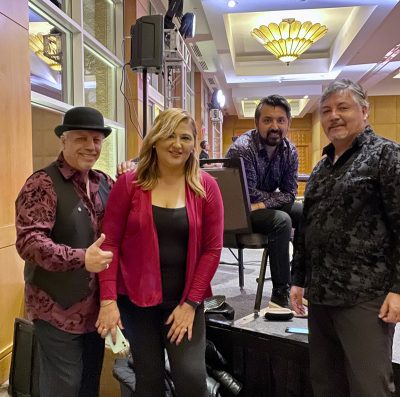 Villegas: “Yes! So, these friends of mine from Chile, that are more like family to me…I’ve known since highschool are very successful producers. A father and son team, Pedro and Seba Cortes are some of the most amazing musicians you can imagine and they are currently staying in the desert. We got together and decided that we wanted to do something for the people. Specifically the musicians who want to produce their creations and can’t afford it. We want to help the people who really have a dream to record something, whatever talent that they have. Even if it’s just a song that they wrote and they need musicians to put it together. We can do that for them. We have a lot of experience behind us and some of the highest quality equipment money can buy. It doesn’t matter the genre because we all have a lot of experience and we are really excited to share it with everyone.”