Our Coachella Valley Animal Campus shelter, operated by Riverside County, opened this past Monday morning with fanfare. Two local television news crews were at the Thousand Palms facility to film a special weeklong adoption event The animals stirred, tails wagging, expectations high that someone strolling past their kennels would take them on that dreamed of “freedom ride” off to a loving home. Shane’s War is fighting to ensure that will happen for each of them.

The Shane’s War campaign raises awareness about euthanasia of shelter animals. Shane and Janet Smith travel from their home state of Georgia to animal shelters throughout the country that agree to an official “Pardon”, a week without euthanizing animals. All the animals covered by that week’s pardon will be tracked to ensure they get adopted or go to private rescues. The lobby of the shelter in Thousand Palm has a table containing copies of the pardon for local animal lovers to sign.

Shane explains why he’s promoting shelter pardons, “There are simply more animals coming into shelters than going out for adoption. We don’t yet know how the full week will go, but we just hope that every day gets better for the animals. It’s going to take a big team that includes the entire community.” This couple has conducted 13 pardons during the past three years, adding their voices and energy to the “No Kill” movement that is spreading across our land.

Shane is pictured here visiting with one of the beautiful dogs at the shelter. You can almost feel the warm bond between man and “man’s best friend,” the dog instinctively sensing Shane’s love for him. Dogs have an innate ability to detect our moods and the intent of our hearts.

Director Rob Miller was on hand to officially sign the pardon. He stated, “The whole concept of Shane’s War and the idea of using the term ‘pardon’ brings awareness about the euthanasia in public shelters throughout our country. It creates a critical conversation in our community that is needed to help animal services move forward to lower the euthanasia rate.” In the county’s press release, Miller explains, “An open-admission shelter, such as the Coachella Valley Animal Campus, accepts all pets people bring and all the pets our officers save from the streets…..With that in mind, we are forced to perform humane euthanasia and sometimes people forget about that – – or they want to forget about it.”

Shane and Janet staffed the “war room” in a back conference area where they arranged for transports to relocate some of the dogs to “pet friendlier” parts of our country. Rich Bennett, one of their assistants, adopted a small, adorable, brown Chihuahua puppy. Rich, who lives in New York, explains, “They have very few Chihuahuas available in New York state. We arrange to fly Chihuahuas and other breeds in demand into that state where they are quickly adopted.”

One week of a Pardon won’t solve the Coachella Valley’s problem of homeless animals. However, it creates a ripple effect and an awareness that will linger and inspire others to follow in their footsteps. Shane and Janet will be at the shelter through Saturday, May 24, bringing in the media, local celebrities, politicians, and more potential adopters. By midweek, there were already increased adoptions and pulls by rescue groups. They contacted a private rescue group in Van Nuys that agreed to take in 21 cats and kittens.

What can you do to help? (1) Adopt your next pet from a shelter or rescue, (2) Volunteer at the Coachella Valley Animal Campus shelter, (3) Educate your family and friends on the importance of spaying and neutering, (4) Foster a shelter animal, (5) SHARE shelter animals on Facebook, or (6) Donate to a local animal charity.

Shane’s message is clear. “We came here to support the shelter. Don’t come here to see us or to support us. Continue to support this shelter long after we are gone. Send everyone you know up here when they are looking to adopt. We can’t do this alone.” Shane operates several Facebook pages to maintain contact with all the animal advocates he’s met throughout the country. Shane’s War needs an “army” of animal advocates if they are going to win the battle to save our homeless pets.

What is unique about our Coachella Valley Pardon? Shane was quick to respond, “The shelter staff here are awesome! They are good with the animals, and they do everything they can to get them into homes”. The animals will continue to come into the shelter once Shane’s War pardon has ended. We must step up to give these innocent, loving creatures a second chance.

To learn more about Shane’s War, go to their website at www.pawsforhopeandfaith.org and their Facebook page “Shane’s War“. www.facebook.com/shaneswarcalifornia 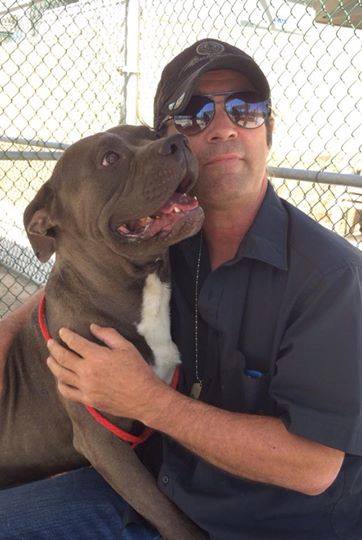