As you know, things get a lot quieter in the Coachella Valley during the summer months.  Snowbirds depart while locals leave the area on holiday attempting to beat the heat.

Excluding air conditioning companies, most local businesses struggle during these months as they do not have the revenue from other markets like larger, national businesses.

Strong local businesses are critical to the growth of better paying and more jobs for you and me.  The reason for this is because local businesses spend more of their money locally than national businesses that have core businesses relationships somewhere else.  Additionally, the people who run local businesses and typically have the best paying jobs live locally.  National companies pay the local workforce a mere fraction of that paid to their management teams who live far away.

If everyone in the Coachella Valley spent just $10 a day more with a local company from June through November, our local economy would have an additional $150 million circulating throughout it.  Think what an extra $150 million means in terms of jobs.  With more jobs in this area, wages would increase as there would be a greater demand for human capital.

Instead of going to Starbucks, go to Koffi.  Why eat at Five Guys when you can go to Burgers & Beer?  Shopping locally is a simple way that you can make the Coachella Valley a better place to work and live. 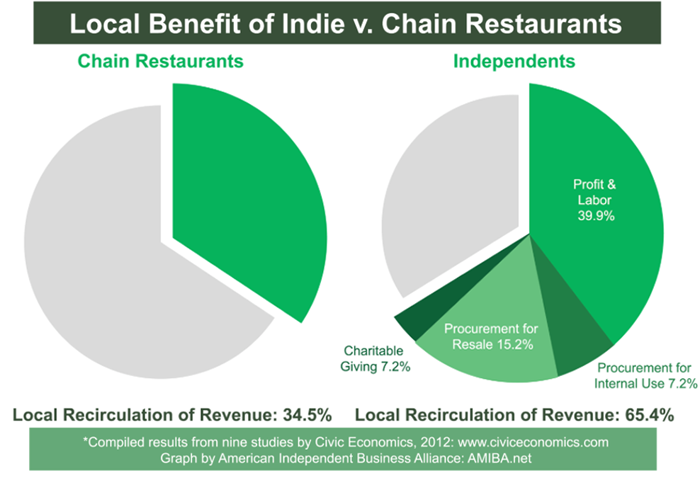