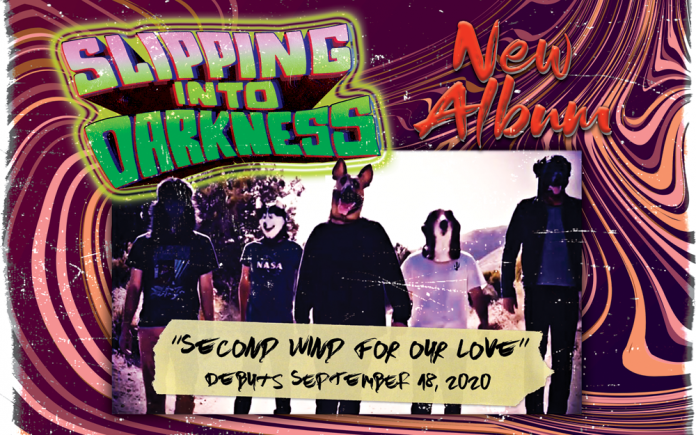 The band was founded in 2007 and skated onto the scene in 2014 with their first album release ‘Shurpadelic’. With Psychedelic Rock hits like ‘Mexicali’ and ‘Tell It like It Is’ the band was invited by Goldenvoice to participate in the 2013 Coachella Valley Music and Arts Festival where they rocked a daybreak set that impressed not only Coachella fans but industry professionals alike. Since their festival appearance SID has performed in the United States and Mexico and broken new ground that has built an affluential and persuasive following. After listening to some of the new songs you will positively expand your mind and bridge with the lyrical content as well as the musical fabric of SID. This is the very thing that will divert you from the pandemic and provide you solace from the world’s tribulations. If you ‘liked’ ‘Shurpadelic’ you will ‘love’ ‘Second Wind For Our Love’. 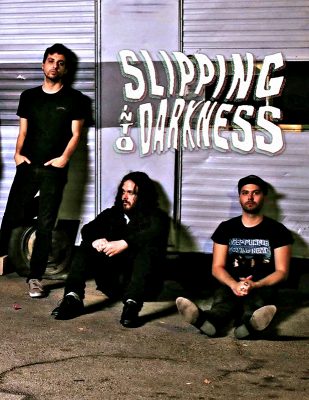 Coachella Valley Weekly spoke with the band as they unpacked their first shipment of LPs. The album will be available on all major digital and streaming platforms as well as vinyl on September 18, 2020! 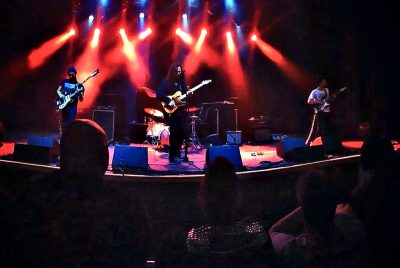 On ‘Second Wind For Our Love’:
“We’re very excited for the release of the album, it’s the first time we’ve pressed vinyl. Prior to this we released only CDs and digital downloads. Pete produced six of the more harder ‘Punkish’ songs, not to say our album is Punk at all but the more heavy songs. More of the groovier chiller songs were produced by Eduardo. It’s split down the middle, some songs are scattered and not in any particular order, just kind of the flow of the album and that’s kind of how we wanted it.”

“During the pandemic, believe it or not, we’ve been busier than we’ve been. In March we were just getting off that Mexican tour with The Adicts, that was the biggest thing we’d done in a while. To be honest, since it was all shut down, we’ve been recording in the studio, cutting demos for the next album and we filmed a video for a cover song we’ll release on Saturday, September 12, 2020.”

On the Mystification of SID: 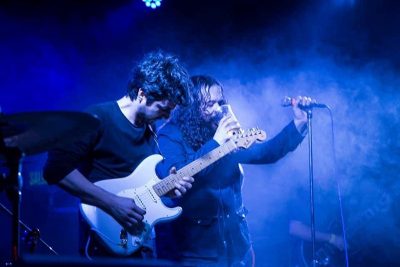 “We have fans out in the desert, we play The Hood, There’s another side of the desert that doesn’t know what’s going on, and that’s nobody’s fault, maybe with this album they’ll check it out and they’ll see what’s going on. We have a loyalty here in the desert, we’re guaranteed at least a few hundred people at each show and that’s actually a lot considering the size venues we have. In Mexico we played in front of thousands. We love it just the same. We love to play. Michael and I started the band when we were just 17 years old! I just had my 30th birthday and there’s no sign of stopping playing music at all. We’re more motivated than ever which is really cool to say.”

On Their Newest Comrades: 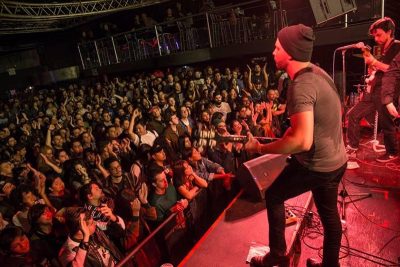 “Damian is an amazing drummer and he plays bass, guitar whatever. Not on the record, but he’ll be on the next record and he’s on the cover song we’ll be dropping this weekend. We have a lot of respect for Damian. He feels like he’s been in the band the whole time. He is a brother and he gets along with us so well. We also have a new guitar player that is playing all of Michael’s parts off the record, Emmanuel. He’s a phenomenal guitar player, he records a lot. He’s super bad-ass! Now Michael just sings so we’re a 5-piece band now and I never thought that would happen but it’s super-sick and the energy is great. I think Michael sings even better now, it’s less of a stress. He doesn’t have to worry about his amp volume or feedback and he can just focus on breathing and singing. It’s great, we’re having a lot of fun with it.”

On the ‘Paydirt’ Soundtrack: 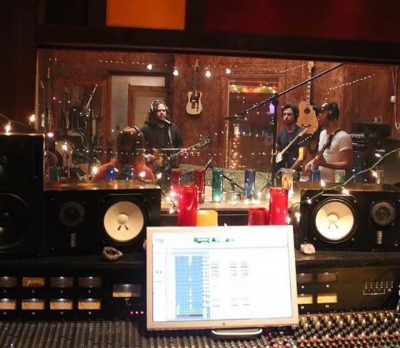 “With Christian Sesma’s movie ‘Paydirt’, one of the songs, ‘Thomas Escobar’ was produced by Pete. It plays during the scene where the Luke Goss’ character walks down the prison corridor, it’s an instrumental track that’s not on the album but from that recording session. That tune will be released on YouTube. The other song on the soundtrack is produced by Chicano Batman, it’s called ‘Drippings’, a really cool song.”

On the SID Performance at Border Sky Records

“For the that performance, we were in the hills of Tijuana, MX in a 5-story house. They do these live sessions on the rooftop, in the video, half of the twinkling lights are TJ and the other half are the U.S. It’s called Border Sky Records and they put out the content, it’s all recorded live with no overdubs. Our set list included all new songs from the album; ‘Second Wind of Our Love’, ‘How Does It Feel’, ‘Evil’ and ‘Falling Apart’. You can check out the video on YouTube (https://youtu.be/9OyAFsuWnLI)”. 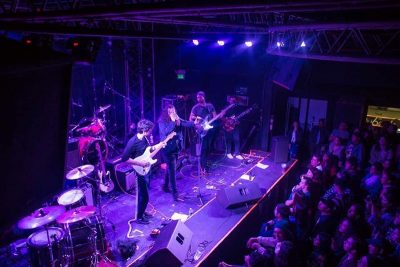 “We’re stoked people want our music. We make music we want to hear. The band is better and stronger than ever. We’re writing songs now for the new album. People will be shocked when they hear about the producers on this next album. Working with the last producers, we saw how much work goes into it. We’ve always spent a lot of time on production but they’ve been in the industry a long time and have worked with some of the world’s best producers on their music so we got all that knowledge”. 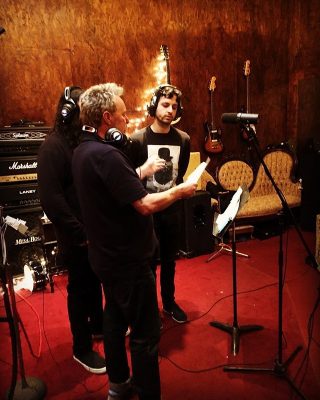 “Once the COVID ban is lifted we will play…we’re not scared to play. We’re also not trying to be that band that’s going against the guidelines, we care about people’s health. We’re supporters and you should wear your mask because it’s about protecting the people around you. When it’s all lifted we’ll plan a tour. We have a lot of bands out there that will support us and take us out on a legit tour.”