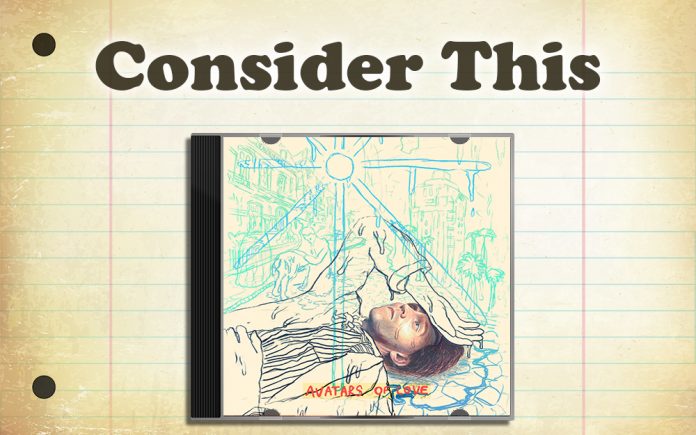 Sondre Lerche displayed an affinity for music early on. The Bergen, Norway native initially gravitated toward ‘80s music like a-ha, Elvis Costello and Prefab Sprout. Guitar lessons began at age eight, soon enough, his guitar teacher was introducing him to the intricate pleasures of Brazilian Bossa Nova. He wrote his first song at age 14, despite the fact that he was still underage, he and his sister began performing in local clubs.

After a securing management deal, Sondre signed his first recording contract by the time he was 18. His popularity increased in his home country with the release of his 2001 debut, Faces Down. it quickly shot up the Norwegian charts. Not only did he win the Norwegian equivalent of a Grammy (Spellemannprisen) for Best New Act, he was also invited to open for Beth Orton on her upcoming tour.

By the time he released his sophomore effort, Two Way Monologue, Sondre had begun to win over American audiences. as well. His music went into heavy rotation on taste-making radio stations on KCRW, KCSN and K-Fog. He also garnered rave reviews from Rolling Stone, Paste and Spin magazine. The icing on the cake was receiving an offer to tour as the opening act for his idol, Elvis Costello.

A steady stream of albums followed, from the cool-Jazz stylings of 2006’s Duper Sessions, to the driving Rock & Roll of 2007’s Phantom Punch and the stylistic smorgasbord of 2009’s Heartbeat Radio. Having relocated, first to Brooklyn and then to L.A., Sondre also found time to create music for the Steve Carell film, Dan In Real Life.

A decade into his career, Sondre released his sixth, self-titled studio album via his own label, Mona. An urgent live set, Bootlegs arrived a year later. He followed up with the soundtrack, Sleepwalker before embarking on an ambitious triptych of albums. Recorded in three-year intervals, Please came out in 2014, executing a stylistic 180, he jettisoned the warm, sophisto-Pop that characterized earlier albums, instead, traversing an icy Synth-Pop soundscape. 2017 saw the release of Pleasure, kinetic and pulsating, it leaned closer to New Order than Aztec Camera. Patience, the last piece of the puzzle, arrived at the height of the pandemic in 2020, splitting the difference between Baroque Pop and ambient Jangle Rock.

Just as Covid hit, Sondre retreated to Norway. Patience was recorded there along with his newest effort, the double-album set, Avatars Of Love. The record opens tentatively with “Guarantee That I’d Be Loved.” Lowing cello connects with sun-dappled acoustic guitars, swoony strings, as sylvan woodwinds are folded into the mix. Each verse teases out a richly detailed narrative of heartbreak. The throughline threading across each scenario is Sondre wrestling with his conscience to see how far he is willing to supplicate and compromise in the service of romance; “She seemed inapproachable, so proud, so inconsolable, how far would I be willing to go to bring our creation to life, to live up to our dreams and cut myself down to size/We came apart at the seams, but I would never dare say, I thought it was guaranteed that I would not be saved.” Although the song is all verse and no chorus, it floats along on a gossamer cloud of Chamber Pop excellence until the last verse, a final reveal that lands like a punch to the solar plexus; “He would have been four by now, our son if he was around, how far would I be willing to go to not be weighed down by love, to never have to say no/I’d pull myself from the edge, to put my baby at ease, I’d talk myself off the ledge, if maybe that could guarantee that I’d be loved.”

Sondre deftly hopscotches through a plethora of musical idioms here, exuding a cool confidence at every turn. From the creamy and kinetic shuffle of “Will We Ever Comprehend,” to the prickly, guitar-driven “The Other Side Of Ecstasy” and the sly Bossa Nova groove of “My Love Still Waits.” He slips into the skin of a embittered philanderer on the jittery Jazz of “What Makes Me Tick” and on the Space-Age Saloon Blues of “Turns Out I’m Sentimental After all” he quietly confides “In my cold independence bed I hide and reminisce, from our first kiss to the last of many goodbyes, we tried so hard to move on, but I got lost when you found someone/ I asked for this, nothing could break my fall, I broke my own heart, slammed it against a wall, only to find out what’s obvious to all, turns out, I’m sentimental after all.”

The most ambitious numbers, “Dead Of The Night” and “Avatars Of Love” each clock in past the 10 minute mark. On the former, shimmery guitars, sparkly harp and tinkly keys wash over a knock-kneed beat. Sondre’s (still) boyish tenor feathers atop an arrangement that mirrors the hypnotic ache of Thomas Dolby’s “Flat Earth” and The Blue Nile’s “Downtown Lights.” The lithe and slippery melody bends as lyrics shapeshift from a rant to a plea to colloquy; “Every set of lies and false equivalence, every theory of conspiracy is someone else’s common sense, every murder and conception, every inevitable rejection, every sly and selfish lover, every dreamboat undercover/Every timeless art you picked up too late, every subtle hint, every reckless bait, intoxicated hope and intuition cannot will my love into fruition in the dead of the night, the dead of the night.” Fragility and urgency coexist right up to the song’s static-y conclusion.

If Walter Wanderly and Nine Inch Nails ever collaborated, it might sound a little like the latter, all swooping strings, icy keys, Tiki-fied vibraphone and clattering percussion. Sideswiped by mutual attraction, brittle lyrics instruct; “release the pigeons, release the doves it doesn’t matter what you call it, it isn’t love,” before launching down a rabbit-hole that namechecks music from Taylor Swift, Joni Mitchell, Britney Spears, Blake Mills, Jimmy Blake, Judee Sill, Lady Day, Chet Baker, Peggy Lee, Drake, Snoop and the Disintegration album by The Cure. The instrumental coda is accented by a towering tenor sax solo that summons the late David Bowie, the spectral Deacon Blue and the still alive-and-kicking Jazz master, Sonny Rollins.

The best numbers here manage to distill Sondre’s influences while creating new templates. “Cut” could sandwich perfectly between vintage tracks from a-ha and Prefab Sprout. Cascading piano is flanked by darting electric guitars, jangly acoustic notes and a pulsating beat. Lyrics limn the frisson of sexual attraction on a film set; “’This isn’t happening, so don’t get no ideas! We’re in a scene, it’s not you, it’s not me,’ it was easy enough to call our bluff, but I felt truly insane jumping off that train/How did we do it, how did we stop? As we lay motionless in the grass, you could hear a pin drop, and the silent storm in our chests subsiding, hiding two exploding hearts colliding.” It’s a perfect slice of pure Pop craft.

Conversely, “Now She Sleeps Beside Me” shares some musical DNA with Leonard Cohen’s epochal “Hey, That’s No Way To Say Goodbye.” Perfidies lurk at every corner as lyrics sketch out an illicit assignation; “Now she sleeps beside me, a pale flamethrower in hiding, I’m a new man every time we meet, I skip home, sunrise at my feet, our virtue is to be discreet, though we know each moment inches toward defeat.”

Finally, for the Dayglo New Wave of “Special Needs,” Sondre is joined by Felicia Douglass from the Dirty Projectors. Bloopy synths and squally guitars are bookended by a martial cadence. The buoyant melody and instrumentation belie lyrics that tell the tale of wanton attraction that becomes all-consuming. Feigned indifference; “Oh baby, I’m over it and onto something new, doing the things you did to me to some poor other dreamer,” turns into obsession; “Everything that I should want and everything I say I need, it’s nothing like the roller-coaster we rode/It’s outrageous, we had too much fun, and everything’s about to come undone.”

After all the romantic sturm und drang, the record quietly winds down with the clear-eyed encomium of “Magnitude Of Love” and closes with “Alone In The Night,” a croon-y duet between Sondre and Norwegian singer-songwriter, Aurora. Old-fashioned and courtly, it exudes an innocence and grace that recalls the classic grandeur of MGM musicals or the Great American Songbook.

By following his muse, Sondre allows himself the emotional latitude to be fey and dreamy, smart and smartass, cutting and sublime. Those dichotomies dovetail perfectly with his melodic sensibilities. Avatars Of Love is a rich tapestry of sound, blending genres and blurring lines. (Sondre Lerche plays at The Alibi, Saturday, May 7th 2022. Tickets available at https://www.thealibipalmsprings.com)