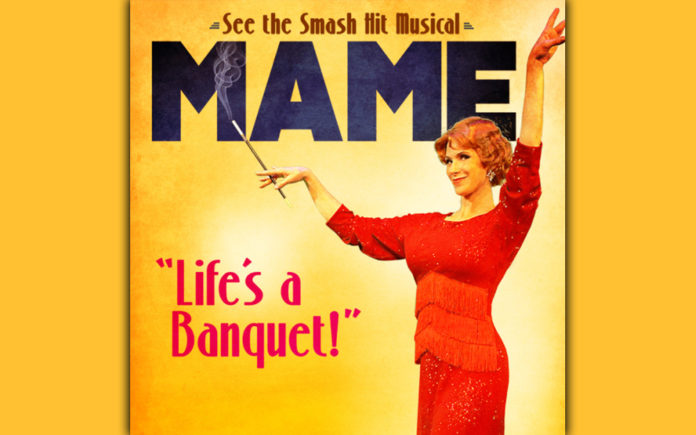 “Life is a banquet and most poor sons of bitches are starving to death.”

Mame, a multi-Tony Award winning musical with book by Jerome Lawrence and Robert Edwin Lee and music and lyrics by Jerry Herman and originally based on the 1955 novel ‘Auntie Mame’ by Patrick Dennis, became a Broadway hit in 1966. Having since graced hundreds of stages and charmed multiple generations, it is currently in production at the Palm Canyon theatre in Palm Springs. Directed and choreographed by the very accomplished Stephanie Eley, Mame, is a show that reminds us all to live, laugh, love and to be true to yourself. 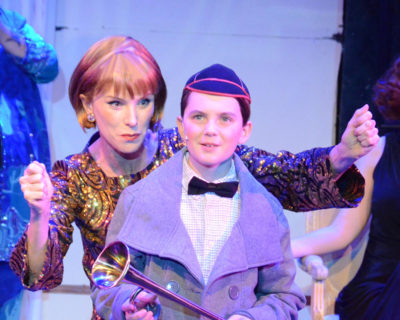 Set in New York City, the story opens in the late 1920’s with the music and dance of the flappers and the decadence of a prosperous time. It focuses on eccentric free spirited Mame Dennis.  Mame, performed by the gifted Se Layne in the title role, is a story that was written to showcase the talent of a singer/actress like Layne. The witty lines, the uplifting songs and dance all demand the skills of a multi-talented performer and Layne delivers in spades.

Mame’s free-style life is thrown for a loop when, Patrick, (performed by the adorable Ben Van Dijk), the young son of her late brother, arrives to live with her. But rather than alter her course, she takes him along on her fabulous journey.    Through the Great Depression and World War II, Mame holds tight to her lust for life. 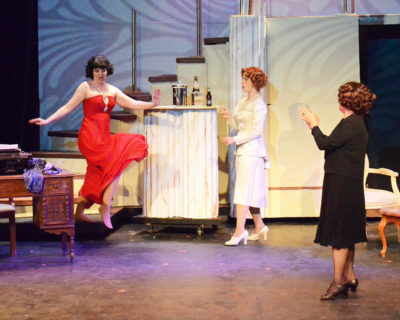 Morgana Corelli shines as Mame’s best friend, Vera Charles.  Her comedic timing and likeability in the role makes her duet with Mame, “Bosom Buddies,” a highlight of the show.

Elizabeth Schmelling, as Agnes Gooch, was absolutely stellar in her portrayal of a young naive woman who is encouraged to get off of her self imposed life diet and ends up sampling the whole banquet.  Her rendition of “Gooch’s Song” was hysterical and had me laughing so hard that my sides hurt.

Derik Shopinski is one of the best costumer’s around. His costumes are the decadent desert in this show.

There were so many fun and entertaining performances and nuances within this production, that print space prevents me from naming them all. But it is now apparent that ‘Mame’ has become a favorite classic of mine. 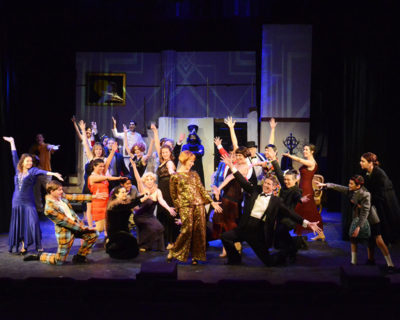 The music, the dance and the upbeat storyline can’t help but make you want to belly up to the banquet and start taking larger portions.

If you’re looking for great theatre, and who isn’t?  Mame is definitely the show to see. Running December 1-17, 2017.