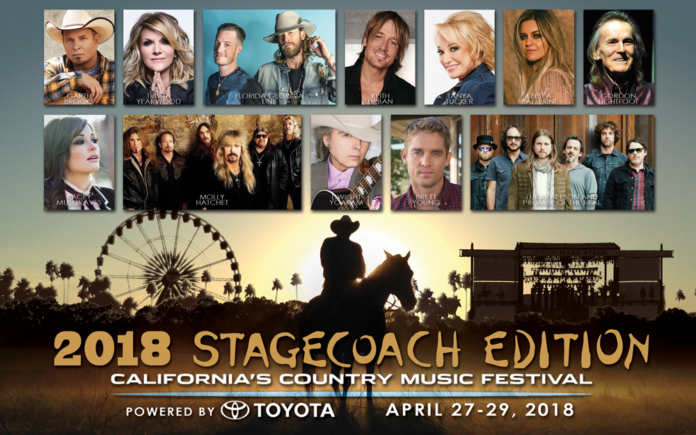 Those who know me well, know that my personal play list is a kaleidoscope of influences and sounds ranging from esoteric psychedelic world music to heavy desert rock. I love everything from Cumbia, reggae, Mississippi Blues and New Orleans Jazz, to Hip-Hop, rap and R & B.  But of all the festivals our valley hosts, Stagecoach remains my favorite. It is a gluttonous serving of the Americana roots genre that I connect with the deepest. Stagecoach is where I have basked in the timeless glow of John Prine, Willie Nelson, Wynonna Judd, Emmylou Harris, Wanda Jackson, Merle Haggard, Don Williams, Charlie Pride, and Steve Earle.  I have been inspired by the voices of newer artists bringing their own story to the table, like Lukas Nelson and the Promise of the Real, Nikki Lane, Jason Isbell, Amanda Shires, Holly Williams, Sturgill Simpson, Margo Price and Chris Stapleton.  This is merely a sampling of the indelible music memories that have lit my heart up at this annual festival.  At my publisher’s request, I am honored to share with you which artists I believe are a must see at Stagecoach 2018.  I’ll leave out most of the headliners on the Mane Stage, if you don’t mind, as they will command your attention on their own.  You will likely find me spending the bulk of my time at the smaller stages, Palomino and SiriusXM’s SPOTLIGHT Stage (formerly called the Mustang Stage) jockeying for position to see the following: 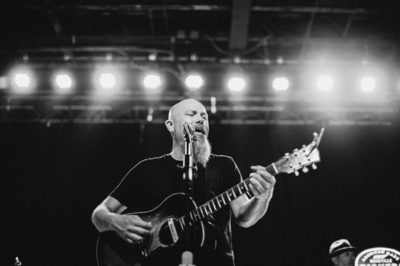 Veteran singer-songwriter, Kendell Marvel, holds down Tuesday nights at Nashville’s historic Exit/In.  He has penned hit songs recorded by Gary Allan (“Right Where I Need to Be”) and Chris Stapleton (“Either Way”). Marvel is known in Music City for his outlaw-styled country rock as evidenced by his latest recording, Lowdown & Lonesome. Marvel makes a strong bid for his own place as a performer and not just a hit songwriter, and I think this show will tell us all just how deserving he is.

This 21-year-old singer began her music career in her home country of England five years ago. With her 2017 EP, Something American, Rolling Stone described her vocals as raw and robust and named her as a new country artist to watch in July 2017.

I’ll be hightailing it to the Palomino stage to catch Banditos.  Why?  Banditos describe themselves as a fusion of ‘60s blues-fused acid rock, ZZ Top’s jangly boogie, garage punk scuzz a la Burger Records, Drive-By Truckers’ yawp, the populist choogle of CCR, Slim Harpo’s hip shake baby groove, the ebullient folk of electric Dylan, gut bucket Fat Possum hill country mojo and the Georgia Motherf**king Satellites.  And well, that just makes them my favorite kind of people. With the essence of backwoods bluegrass, slinky nods to Muscle Shoals soul sprinkled with unexpected bits of doo-wop sweetness, the Banditos promise to sound like no one but themselves, and I am so ready for that.

AKA “Mr. Jukebox,” Hedley is a badass violin player and a beacon for 60s honky-tonk devotees everywhere. He is also a voice in the crowd wanting to remind folks that there’s more to sing about than trucks, butts and beer. “I just want people to remember they have feelings, and that they’re valid,” he says. “Not everything is Coors Light and tailgates. There are other aspects of life that aren’t so great that people experience. They’re part of life, part of what shapes people. And that’s worth noting.”

BECAUSE IT’S TANYA FREAKING TUCKER!  Her story is riddled with the hell raising stories and the infamous escapades of party girl who could outdrink and out fight any man. But let’s put things into perspective; at 30 years old, Tanya Tucker was already a 20-year veteran of the music industry. Now, a Betty Ford graduate, Rolling Stone has listed her as one of the 100 Greatest Country Artists of All Time.  There are few women left who have left such an indelible mark on the history of American Music and are still here to tell us about it. 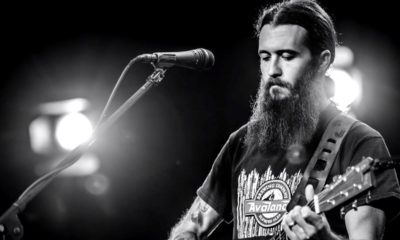 This former thrash metal artist who has opened for Sturgill Simpson and Whitely Morgan brings his outlaw edge and raw no-bullshit perspective to Stagecoach.  He shocked everyone when his album, “I’m Not the Devil,” debuted at number four. They called it his “breakout record.” It was his fifth.  A decade into his career, he has a lot more to say and do, and will be the perfect lead in to the band following him that represents 40 years of Southern rock and roll.

Because it’s Molly Freaking Hatchet (See my interview with Bobby Ingram in this issue). 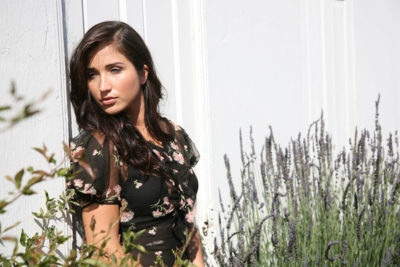 This smoky voiced beauty reeks of soulful authenticity and distinctiveness.  Jackson’s melancholic country-folk caught the attention of Social Distortion front-man Mike Ness’s wife and son at a coffee house gig. Punk Rock legend, Ness, ended up producing Jackson’s debut record (Gilded, coming this May on Anti- Records) and invited her to open for Social D on their spring tour. Jackson has also shared the stage with Merle Haggard, Rosie Flores and Dwight Yoakam. I could listen to her voice all day.

Her songs have been recorded by Sheryl Crow, Miranda Lambert, The Band Perry, Reba McEntire, LeAnn Rimes, Billy Currington, Darius Rucker, and Kacey Musgraves. She was nominated for Best New Artist at the 2015 Grammy Awards. Her earthy style and clever song crafting are enough to earn her my attention and support. The fact is, there are not nearly enough women being heard in this industry, and her recent rise based on her contributions is very encouraging and inspiring.

His stellar album, Purgatory, produced by fellow Kentucky native Sturgill Simpson, is a fusion of modern Appalachian music, coal-country bluegrass and southern storytelling. “It’s that bluegrass sound, but with a little bit more edge to it,” he told Rolling Stone Country last year, months before the album’s release.  It debuted at No. 1 on Billboard’s Heatseekers Albums chart, No. 17 on the Country albums chart and No. 4 on the Americana/Folk albums chart. 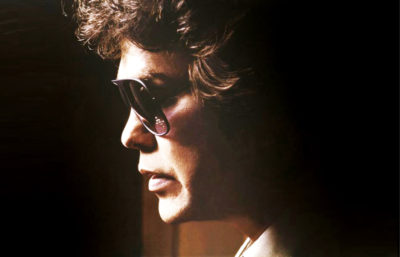 Living legend, Ronnie Millsap is country music’s most popular and influential performers of the 1970s and 1980s. He became one of the most successful and versatile country “crossover” singers of his time, appealing to both country and pop music markets with hit songs that incorporated pop, R&B, and rock and roll elements. He is credited with six Grammy Awards and forty No. 1 country hits, third to George Strait and Conway Twitty. A congenital disorder left him almost completely blind from birth. Abandoned by his mother as an infant, he was raised in poverty by his grandparents in the Smoky Mountains until the age of five, when he was sent to the Governor Morehead School for the blind in Raleigh, North Carolina. He is the quintessential “bad ass” in life and music, and it is an absolute honor to see him perform live. Thank you, Goldenvoice.

I have adored this man’s music since his stint with the Drive By Truckers, but he has never shined so bright since sobering up (thanks to an intervention from his wife, manager and Ryan Adams), and bringing us his latest three albums, Southeastern, Something More Than Free, and The Nashville Sound, all released on his own independent label. Last count, he has been awarded four Grammy awards.

Mane Stage:  The Mane Stage will be hosting two of my favorite newer artists: Brothers Osbourne at 7:20 and Kacey Musgraves at 8:40. 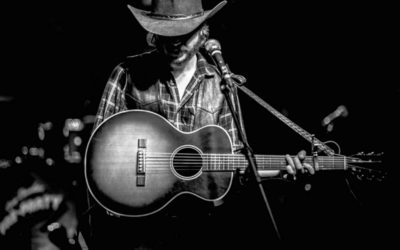 This “Canadian Cowboy” had a top 20 charting album in 2016. He opened for Lucinda Williams at the Ryman Auditorium and received a standing ovation from the not so easily impressed, Steve Earle, during his appearance at Nashville’s Skyville Live. Looking forward to forming my own opinion. 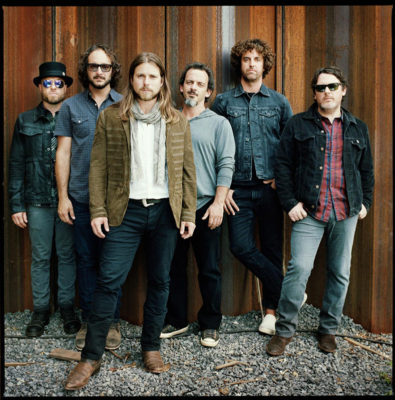 One of my all-time favorites, the band that performed with Neil Young at Desert Trip in 2016 will have it’s second opportunity to play Stagecoach.  They are featured with Lady Gaga in Bradley Cooper’s remake of A Star is Born, part of which was filmed at last year’s Stagecoach, and is scheduled for release October 5th.  Lukas and POTR are truly coming into their own and I want to see what that looks like.  They never disappoint. 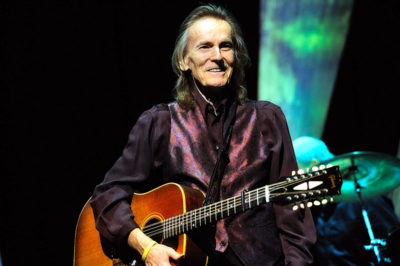 Again, thanks to Goldenvoice, a serious legend and musician’s musician is coming to town. Lightfoot’s career has spanned more than five decades, producing more than 200 recordings. He helped define the folk-pop sound of the 1960s and 1970s, with his songs recorded by artists such as Bob Dylan, Gene Clark, Dan Fogelberg, Jimmy Buffett, and Jim Croce. He survived a coma and a stroke and continued to create and perform.  If only to see what Music in the flesh looks like, do not miss this show. 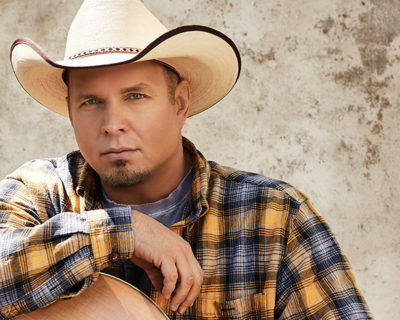 There is no doubt in my mind that Garth Brooks will deliver a great show.  He will do more than that.  He will engrave himself in the hearts of all within range.  I was fortunate to see him early in his career.  There is a special kind of magic in him that comes from true love; a deep love for connecting, inspiring and moving the people that have come to see him through his music. There are few in the world like him.