CBS and Paramount  Pictures celebrate the venerable sci-fi franchise’s anniversary with the debut of the first four theatrical films on 4K UHD/BD as well as the release of the original series on Blu-ray. 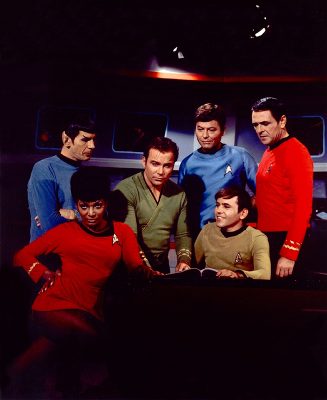 If you are a fan of the various Trek iterations, this bounty of home theater treats is a must-have for the home movie library.

With last week’s much publicized rocket ride by 90 year old William Shatner, ‘Captain Kirk’ seals his permanent status as a pop culture icon in a way unimaginable  when the series first began on September 8, 1966!

For the first time ever, Star Trek: The original Series will be released on Blu-ray in highly collectible steelbook packaging.  Featuring every episode (it’s a 20 disc set !) in brilliant high definition, along with over nine hours of previously released cast and crew interviews, commentaries and archival materials.

Also, each of the original four Star Trek feature films (Star Trek: The Motion Picture, Star Trek II: The Wrath of Khan, Star Trek III: The Search for Spock and Star Trek IV: The Voyage Home, will be available in 4K and BD with watchable bonus content (too lengthy to include here. 4K /Blu-ray. Paramount/CBS.

AND NOW, SOMETHING FOR HALLOWEEN… 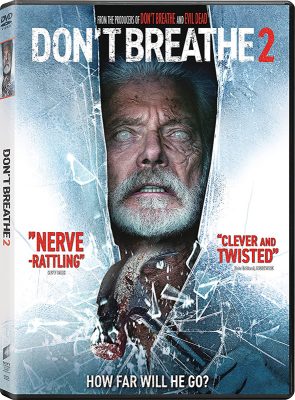 In the thrilling sequel to the breakout hit, Norman Nordstrom (Stephen Lang) is back after hiding out for several years in an isolated cabin.  He lives with a young girl and has recreated the family stolen  from him by a drunk driver.  Their quiet life together is shattered when a group of unseemly criminals kidnaps her and forces Norman to tap into even darker and more creative instincts in an effort to save her.  Bonus items include three interesting featurettes and audio commentaries with the filmmakers4K/Blu-ray.  Sony.

THINKING ABOUT GOING OUT TO SEE A MOVIE IN A THEATER?

The two most satisfying big screen movies are: NO TIME TO DIE and THE LAST DUEL  Both are showing locally.  The Bond film is also available in 3D. The CVW assumes no responsibility for  Covid-19 risks.  Wear your mask.