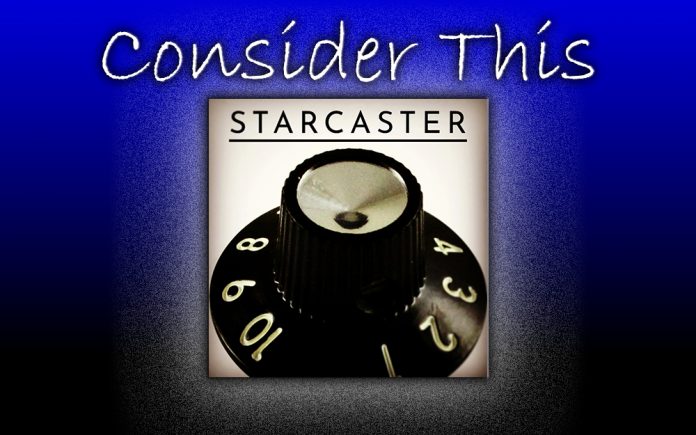 It isn’t a stretch to suggest that Fernando Perdomo is the Orson Welles of the Los Angeles Rock scene. A multi-instrumentalist, production wizard and something of a musical polymath, he arrived in L.A. less than a decade ago, and immediately made a name for himself.

Born and raised in Miami, Fernando’s obsession with music began as a kid. He haunted thrift stores and flea markets searching out old vinyl. Formal training started early and by the time he was a teen he was part of Miami Senior High’s acclaimed Classical Guitar Ensemble and Rock Ensemble programs. At the same time, he embarked on what would become a lifelong friendship with ensemble-mate Chris Price.

By the turn of the 21st century, at the tender age of 19, Fernando was enough of a gunslinger to be featured on a nationwide commercial for Pier One Imports. He made his bones playing in a series of bands, Avenging Lawnmowers Of Justice, Sixo, Trophy Wife and Dreaming In Stereo. He also became an in-demand studio and touring musician. He built a reputation touring internationally and recording with established artists like Hilary McCrae and Andy Pratt.

On the heels of relocating to L.A. he released a solo EP, opened his own recording facility, Reseda Ranch Studios and reconnected with Chris Price. Their first collaboration was producing Linda Perhacs’ long-awaited follow-up to her 1970 debut. Released in 2014, Linda’s “The Soul Of All Natural Things” was hailed as a welcome comeback.

His watershed solo effort, “The Golden Hour,” was released in 2017. He also indulged his passion for Prog-Rock on “Out To Sea” (second and third “Out To Sea” volumes arrived in 2019 and 2020, respectively). Jumping at the chance to record at London’s venerable Abbey Road studios, 2018 saw the release of his fifth LP, “Zebra Crossing.” A self-proclaimed love-letter to the ground zero for all things Fab, Fernando succeeded in creating a majestic and mystical pocket symphony.

That same year, Fernando was also an integral part of “Echo In The Canyon” a documentary film that paid homage to the fertile Laurel Canyon music scene of the ‘60s. Featuring musicians like Jakob Dylan, Fiona Apple, Beck, Cat Power and Norah Jones, the film culminated in a concert at the Orpheum Theatre where these younger musicians paid homage to Canyon classics like the Byrds’ “It Won’t Be Long,” Buffalo Springfield’s “Expecting To Fly” and the Mamas And The Papas’ “Go Where You Want To Go.” Fernando played a plethora of instruments on stage, as well as on the soundtrack.

Recently, he completed a passion project, his 11th solo effort, “TRGTR.” A guitar-driven tribute to his idol, Todd Rundgren. To paraphrase “The Sound Of Music,” Fernando starts at the very beginning, as it’s a very fine place to start. The all-instrumental album opens with “Open My Eyes” from Todd’s mid ‘60s combo, Nazz, and hopscotches through hits like “Hello It’s Me,” “Can We Still Be Friends” and “A Dream Goes On Forever,” along with deeper cuts like “Wailing Wall” and “Lucky Guy” as well as newer songs like “Smoke,” “Espionage” and “Collide-A-Scope.”

Like any true renaissance man, the impetus to create seems to spark 24/7. This time, what Tenacious D. refers to as “inspirado,” came in two forms, the purchase new guitar, and the backlash Phoebe Bridgers received following her recent “Saturday Night Live” performance. Fernando recently acquired a Fender Starcaster. The ‘70s era guitar was created to compete with the Gibson 335, and only lately, has it attained a measure of cachet. Meanwhile, L.A. native and critically acclaimed singer-songwriter Phoebe appeared on “SNL” a couple of weeks ago and concluded her second song by smashing her (Danelectro, if you care) guitar adding a touch of theatricality to her performance.

Predictably, the internet went batshit, as though the world had never seen this before. Um, The Who first achieved notoriety 50 years ago when Pete Townshend would end each show by smashing his guitar. Everyone from Jimi Hendrix to the Clash to Green Day have turned guitars into kindling at one time or another. The backlash seemed wildly misogynistic. Even David Crosby weighed in, judging it “pathetic.” Perhaps he only approves of self-destructive behavior.

Fernando wasn’t having it! He quickly wrote his first protest song on the spot. Five more songs followed in rapid succession. Playing everything himself, he recorded in two, two-hour sessions. Adopting Starcaster as his new nom-de-Rock, he has just released this new, self-titled EP.

The EP kicks into gear with “Crazy.” The song’s intro is an explosion of squally, space-age guitars, and wicked bass lines, bookended by a walloping back-beat. Rather quickly, it powers down, locking into a Beatlesque groove on the verse, followed by a manic upswing on the chorus. This feels wholly apropos since the lyrics confront the specter of mental illness; “’Take control of your life,’ said the man with no control of his booze and his wife, don’t believe the man in white.” By the chorus, the amateur diagnosis gets the “I’m-rubber-you’re-glue” treatment; “If I’m Crazy, so are you, if I’m crazy, so are you, it I’m crazy so are you, if I’m crazy…” The arrangement accelerates on the break, hugging the melody’s hairpin turns, shifting from frenetic to phased and dusted.

“Life Without Her” is slightly more laid back. The song has a classic ‘70s AOR feel (think E.L.O. without the strings or Styx sans bombast, with hints of plush Power Pop goodness that recalls the Raspberries and, of course, Todd Rundgren). A whooshy intro features stacked guitars that shimmer and swoon, but quickly downshift. Anchored by a whipcrack rhythm, boinging bass fills brush up against chunky power chords. Although the opening lyrical gambit; “I was looking for a new love, when an extra special old love came knocking at my door,” threatens to veer into fantastical “Penthouse Forum” territory, the song really just wants to celebrate rekindling an old romance. The arrangement’s crisp melodicism proves difficult to resist, guitars spark and pinwheel on the break, tapping out a series of darting morse-code-ish riffs, touching down on the outro with a shuddery flourish.

Not so much a wistful recollection of halcyon high school days, “Class Of ’98,” is more of a pedal-to-the-metal declaration of teenage independence; “I’m a part of the Class of ’98, I wore Beatles shirts, I was a terrible flirt, but I got a girl.” The instrumentation is bare-bones, but thanks to skittery guitars, prowling bass runs and a cantilevered beat, there’s a Spector-esque Wall of Sound density baked into the arrangement. Souped-up guitar pyrotechnics race and rev on the break, achieving face-melty bliss.

The metallic, bubblegum crunch of “The Girl With Everything,” is accomplished by matching vroomy guitars with shivery Mellotron notes, stutter-step bass, crashing hi-hat action and a chunka-chunk rhythm. Here, Fernando unleashes some slithery, come-hither circa ‘70s lounge-lizardry; “You got vibe, I got vibe, let’s vibe together/You got style, and I got style, it will be worth a while, a while?”

The EP closes with the title track. A flurry of guitar feedback gives way sandblasted riff-age, ascending bass lines and a jackhammer beat. The calibrated chaos offers up a perfect ending to a solid, six-song set.

Like any self-respecting auteur, Fernando has moved on to creating new music, producing other musicians and playing with friends. No doubt, as he finishes production chores on Cait Brennan’s latest opus, in his head he’s scoring a soundtrack played on tiny toy pianos. Hopefully, Starcaster isn’t a one-off, and it’s something he will periodically revisit. Either way, this EP is a raucous good time.