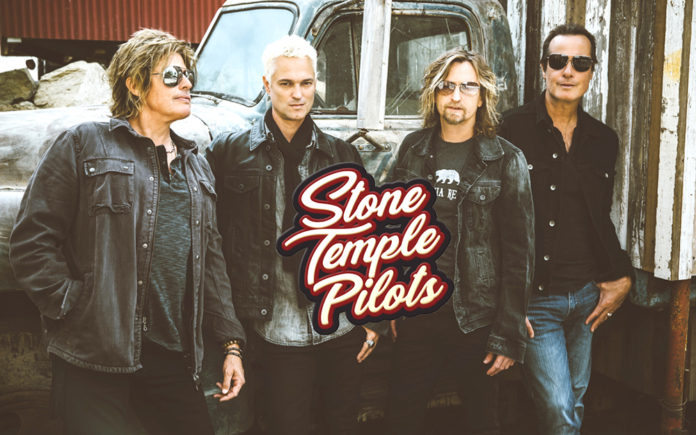 Stone Temple Pilots got their start in San Diego in 1989. They were an immediate success with the release of their debut album Core. They continued to be one of the most successful bands of the 90s and kept going strong until singer Scott Weiland’s well publicized battle with addiction caused a rift in the band.

After several reunions with Weiland, the band permanently severed ties with Weiland in 2013 and recruited Linkin Park’s Chester Bennington to become the permanent vocalist for STP. In 2015, Bennington left STP amicably to focus on Linkin Park. This, along with the deaths of both Weiland and Bennington, caused STP to be put on hold.

Stone Temple Pilots are back after a long hiatus and search for a new singer. Jeff Gutt, runner up from season 3 of The X Factor and former singer of nu metal band Dry Cell, got the gig after a somewhat long audition process. Gutt takes cues from former singer Weiland, but still lends his own style and flair to STP.

CV Weekly: Did you grow up in a musical household?

Jeff Gutt: “Half and half. My mom had all those blue and pink tapes that were the oldies, but my dad had all the records when I was growing up, so I used to go to his house all the time and go through his catalog. My dad also played guitar. That’s why I started playing guitar. So he could teach me.”

CV Weekly: Going back and listening to Dry Cell, it seemed to me you were influenced by Scott Weiland. Can you tell me some of your influences?

Gutt: “Because of Scott, I started singing instead of just being the guitar player in high school. He’s the one who showed me that you can tailor a song with the sound of your voice. But my influences go way back… Gordon Lightfoot, The Carpenters, John Denver, Bob Seger, Neil Diamond, and people like that. I hear those voices and think, ‘can I be like that?’ Those are the voices that really stuck with me.”

CV Weekly: What was the audition process like for STP?

Gutt: “Well, it was really long, but really rewarding at the end. It was great. I walked in there and felt like I could get the gig. Once I got in the room, I had to convince them I was the guy. The process was really more us getting to know each other as people. A lot of that stuff is just as important if not more important than being able to sing. Obviously, you have to know how to sing. They had to wrap their heads around who I was as a person and what talent I could bring.”

CV Weekly: How quickly did you know you got the gig?

Gutt: “It took a while. I felt like I had it from the beginning. It was a progression of things; getting to know the guys, then the studio aspect of it, then song writing. Then it was a waiting game for me. They let me know about a year later.”

CV Weekly: Did you guys go right into studio upon getting the gig?

Gutt: “Well, that was part of the process. It’s a very personal thing to be in a room and write songs with people. At that point, I wasn’t worried so much about getting the gig as I was being in the room.”

CV Weekly: Was the reception pretty good at the Troubadour show with the older songs?

Gutt: “It was great. There’s a funny story there. There was one guy right in the middle with his arms crossed. I completely understand where that guy was coming from. As a fan of STP, I would’ve been that guy too. My whole goal that night was to win that guy over. I felt like I did. He came up to me afterwards and shook my hand and gave me a hug. It was a good win for me. Early on I got really emotional with the guys and told them, ‘If Scott were still alive, I wouldn’t be doing this.’ I wouldn’t want to be that guy keeping them from getting back together.” 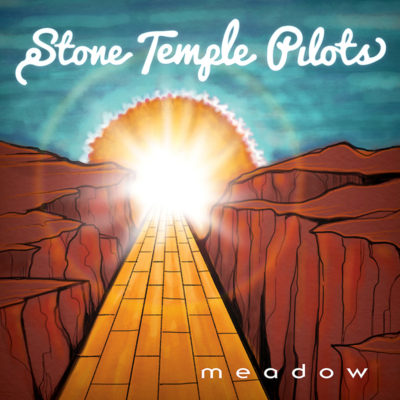 Gutt: “My main focus was to make it sound like STP without it sounding like I’m imitating Scott. There was a lot of psychology that goes into it. The album all has that vibe. I lean towards Scott, I don’t impersonate him.”