This article discusses the studies and laws that validate medical cannabis as an effective drug. It’s time to confront the lies by the government that want us to believe cannabis has no medicinal use. It is time to educate. This is a bipartisan issue. Even Republican Senators, Congressmen, and Governors want to decriminalize cannabis. The Republican Governor of Florida, Rick Scott signed the medical marijuana bill on the final day of the regular session last month. It allows patients who suffer chronic pain related to 10 qualifying conditions to receive either low-THC cannabis or full-strength medical marijuana.

In the Illinois’ pilot program researchers surveyed 300 of the state’s 18,000 registered medical marijuana users. Eighty six percent of the patients reported suffering from chronic pain, insomnia, and anxiety. Forty nine percent earned less than $40,000 annually but spent over $3000 a year on medical cannabis products. Ninety two percent of the patients surveyed reported that cannabis allowed them to cut down on their prescription drug use, while 33% were able to quit using prescription drugs altogether.

Kentucky Senator Perry Clark spoke at the Mensa Annual Gathering in Louisville last year about the myths surrounding cannabis. It should not be a Schedule I drug lumped in with ecstasy and heroin.

The FDA finally approved in April 2017 the WEED Trial for Vets with PTSD or post-traumatic stress disease. (www.ptsd.va.gov). Eleven to twenty per cent of veterans from the Iraq and Afghanistan Wars in 2003 had PTSD. Twenty veterans commit suicide every day.

In April 2017 Florida Representatives, Matt Gaetz, a Republican, and Darren Soto, a Democrat, aim to roll back the prohibition and reclassify marijuana as a Schedule III substance the same citatory as anabolic steroids. 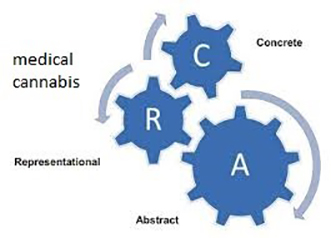 A study published in the Journal of the American Medical Association showed that opiate overdoses in medical cannabis states dropped 25 percent between 1999 and 2010. Since then the number of medical cannabis states have more than doubled from 13 to 28. Doctors in Massachusetts and California are also experimenting with cannabis as an opiate addiction treatment. https://www.ncbi.nlm.nih.gov/pubmed/26889611

Diane Feinstein and Chuck Grassley introduced a bill to support research on CBD and medical marijuana, The Cannabidiol Research Expansion Act would reduce regulatory barriers inhibiting cannabis research and require the Justice Department to complete an analysis of the medical value of CBD within one year. It would allow it to be treated as a Schedule II drug like morphine, removing it from its current status as a Schedule I alongside deadly contraband including ecstasy. Remember how Norco was rescheduled? We do not want to be going to the physician’s office to obtain a triplicate prescription for cannabis. Tell Senators Feinstein and Grassley the US Govt. already knows of the efficacy of medical cannabis. Stop studying, Start reclassifying.

President Trump has stated he is for medical cannabis but leans towards letting the states regulate it. The Federal bureaucracy is so entrenched with the Deep State secrecy no one seems willing to expose the 2003, US Government Patent 6630507 B1- Cannabinoids as a Medicine. The US Govt. patent contradicts Schedule I definition and validates cannabinoids usefulness in the treatment of age-related, inflammatory and autoimmune disease, or in the treatment of neurodegenerative diseases such as Alzheimer’s, Parkinson’s, and HIV dementia.

Quality medical care should not depend on a person’s zip code. We are bigger than the lobbyists. We proved that when the nation supported Sanders and Trump. We can’t have the establishment picking and choosing which laws to enforce dependent on which President comes into office. It is time to get this drug reclassified. Get active. Give Rep. Gaetz and Soto your support on H.R. 2020. We need to teach ourselves and our legislators on medical cannabis. Visit Marijuana Majority www.marijuanamajority.com or www.congress.gov for H.R. 2020.