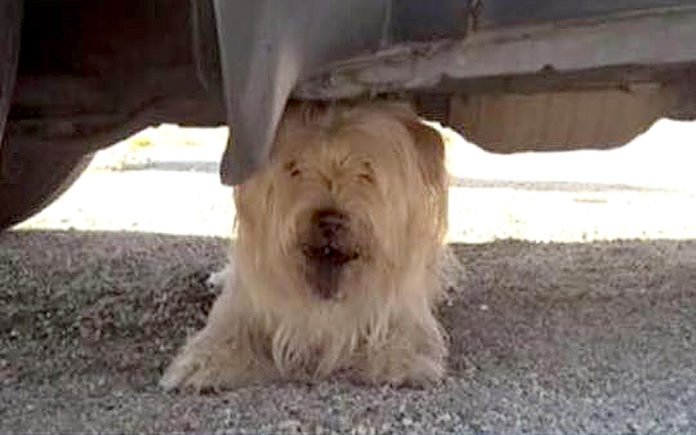 Jo Venegas-Cebrun wanted to pay tribute to the dog she named Summer. This dedicated “rescue warrior” drove to Desert Hot Springs to retrieve Summer’s body, determined the Terrier would receive the love and dignity in death she may not have known in her short life. Jo took the dog to a pet crematorium, and keeps her ashes in a memorial tribute.

Summer’s death and photographs went viral on Facebook where animal lovers posted sad and angry comments. Her story was featured on KESQ televised news. Rescuers gathered in memory of the little dog they never knew. Countless “outdoor only” dogs are suffering during this scorching 2019 summer.  Some will perish without any public attention.

Why do some people keep their dogs outside? Some people were raised by parents whose admonition, “Dogs belong outside” still rings in their subconscious. Others grew up on farms where animals were routinely kept outside and used to herd livestock. Their country of origin may be one where keeping dogs outside is common practice. Other dog owners may need assistance with housetraining.