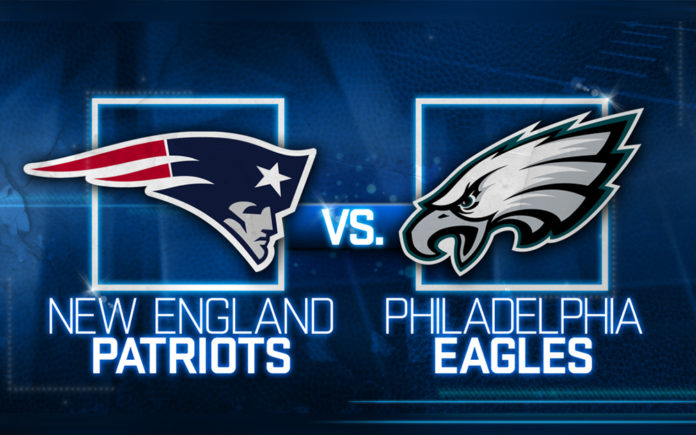 By current count, at least three wagers of $500,000 or more have already been placed in Las Vegas for next Sunday’s Super Bowl LII showdown between the New England Patriots and Philadelphia Eagles.

Those wagers will be discussed in more detail below, but for now, all you need to know is that each bet was placed on Nick Foles and the Philadelphia Eagles, which is one of the primary reasons as to why the opening pointspread of Patriots -5.5 has already been adjusted to as low as Patriots -4.

But perhaps more important than why the pointspread is moving is the why behind the decision to support the Eagles. Granted, the rationale supporting such a wager is multi-faceted, but at least one of those factors pertains to the following information:

Sunday at U.S. Bank Stadium in Minnesota will mark the eighth time in which a Super Bowl featured Bill Belichick as the head coach of the Patriots and Tom Brady as the quarterback of the Patriots. But here’s where things get interesting: in those previous seven Super Bowl appearances, the average margin of victory was just 3.7 points, with only one game being decided by more than four points.

That one game in question was last year’s 34-28 overtime win over the Atlanta Falcons.

Brady + Belichick may be the NFL’s ultimate dynasty, but the Hall of Fame tandem doesn’t annihilate the opposition when the Vince Lombardi Trophy is on the line. Further, the Brady + Belichick duo is a lifetime 5-2 straight up and 3-4 against the spread in the Super Bowl, with the Under cashing in four of those seven showdowns.

While it’s certainly not the primary reason as to why we’ve seen so much Eagles money show up in Vegas through the first week of Super Bowl wagering, Brady and Belichick’s Super Bowl history has no doubt played at least a small role in the movement from Patriots -5.5 to Patriots -4.

Now comes the fun part: will big-time Patriots money begin to show in Vegas between now and kickoff, or will the Philly cash continue to pour in during this season’s final week of professional football wagering?

Trend of the Week

In the National Football League’s previous 51 Super Bowls, the team that won the game just so happened to also cover the pointspread 43 times.

Yep, you read that right, the straight-up winner of the Super Bowl is 43-6-2 ATS.

So, who do you guys have winning on Sunday?

At the moment, it appears as if we’re all waiting to see whether or not a significant amount of New England money shows up at the books.