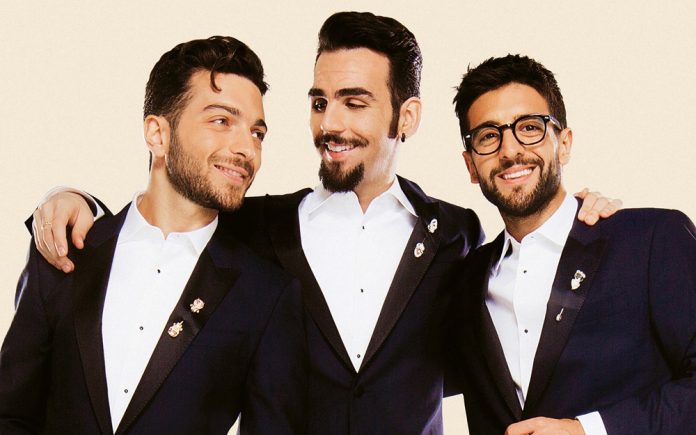 The concert will feature Il Volo singing songs in support of their latest album, “Il Volo Sings Morricone.” The album, released in November 2021, is a dedication to the beloved award winning Italian film composer, Ennio Morricone and an exciting journey through the art and music of one of the great composers of the 20th century.

PBS is also airing the live concert, “Il Volo – Tribute to Ennio Morricone” filmed in 2021 at the Arena Di Verona in Italy throughout the month of January.

The talented trio started their careers as young men in 2009 and their steady rise led them to perform with music icons such as Barbara Streisand and Placido Domingo.

Other accomplishments include winning the Sanremo Festival at the age of 20, filling Arena di Verona and Teatro Antico di Taormina in their home country of Italy and Radio City Music Hall in New York, and receiving standing ovations on their tours all over Europe, America, and Japan.  In 2019, Il Volo celebrated their 10th anniversary as a trio.

To date, they have sold over 2 million albums and amassed 220 million global streams, over 500 million views, and 1 million-plus followers on YouTube.

This year, Il Volo decided to dedicate part of their extraordinary career to Morricone to celebrate and honor the maestro and his legacy of work one year after his death.

Tickets for Il Volo start at are $59. For more information, contact the Fantasy Springs Box Office via phone (800) 827-2946 and online at www.FantasySpringsResort.com