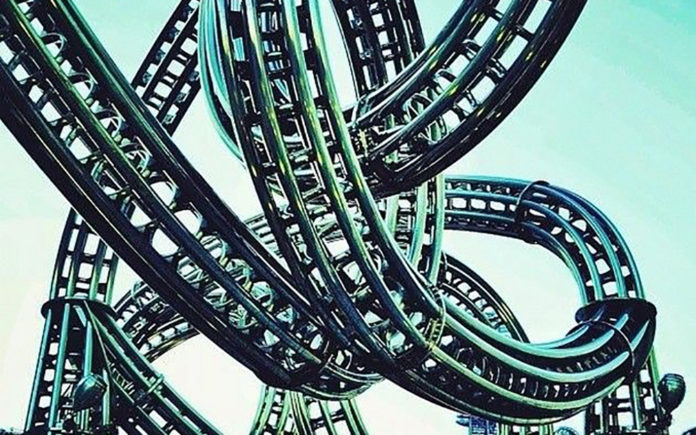 Since the Great Recession of nearly a decade ago, the Federal Reserve has been pumping money into the economy by buying lots and lots of bonds.  Called Quantitative Easing, Fed actions have helped keep interest rates near historic lows.  This extra cash in the economy has spurred business spending, job creation and stock market values.  The key risks to this strategy relate to the Fed continuing these accommodative policies for too long.  If that were to happen, the dollar would decline in value while asset values like real estate or stocks would rise to unsustainably high levels.

Just last week, Federal Reserve Chairperson Janet Yellen stated that the Fed will begin ending Quantitative Easing during the fourth quarter of this year.  The idea is that the Fed will slowly start selling some of the $4 trillion in bonds that they hold back into the financial markets.  These sales should cause interest rates to go up.

During Ms. Yellen’s press conference announcing this shift in Fed thinking, a reporter asked why inflation has remained so low despite Quantitative Easing by the United States, Germany, United Kingdom and Japan.  Yellen professed that current inflation rates confused them. 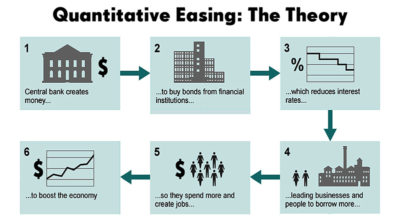 Janet Yellen is too smart to be confused by low inflation.  She probably did not want to say that the low inflation levels were due to five things:  1) deflation caused by the import of inexpensive Chinese goods; 2) the Amazon effect whereby retailers have to sell things at lower profit margins; 3) the continued shrinking of America’s middle class; 4) a redefinition of inflation by the Fed since 1970 that now effectively excludes inflation, and; 5) massive cash infusions by the Central Banks of the World.

It is estimated that the U.S. government owns nearly 25% of all debt issued in the United States.  While most of that debt is I.O.U.’s from the government to the government, they also finance close to 90% of all home loans.  Overseas in Germany, nearly all debt issued in Germany is now held by their government.  As an example, a few months ago McDonald’s issued 10-year Eurozone debt for 0.75%, a full 2.5% lower than an equivalent debt issuance in the United States. 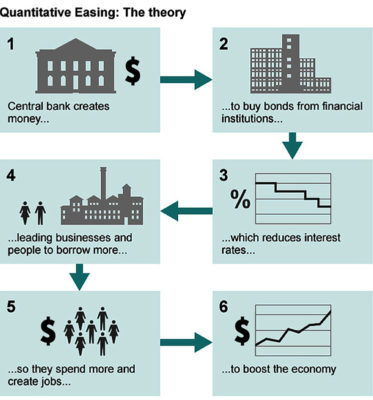 Given these extraordinary policies by the Central Banks of the world, there is real concern that interest rates could rise very quickly if the sale of debt back into the markets by the Fed and other Central Banks goes poorly.  When the Federal Reserve first mentioned their intent to discontinue Quantitative Easing back in 2013, the market panicked and investors began selling their debt holdings thus pushing rates higher far faster than the Federal Reserve wanted.  As a result of that Taper Tantrum, the discontinuation of Quantitative Easing was delayed until now.

A key problem caused by higher interest rates is that current debt held by investors is worth less if sold prior to maturity.  As an example, if an investor was to sell a $1,000 bond that paid 3% over five years after interest rates rise to 5%, that investor would have to reduce the principal value of their bond by 2% per year over the remaining life of the bond in order to find a buyer.  Stated differently, the investor might have to take a 10% haircut on their bond (2% over 5 years) or $900 in order to find a buyer.  Longer dated or lower quality bonds would see their values drop even more.

Due to the extraordinary intervention by Central Banks, interest rates are artificially low while asset values are artificially high despite the highest debt levels in the history of the world.  The Federal Reserve and world Central Banks now have a huge challenge in removing easy money from the financial markets without causing large drops in the values to stocks, bonds and real estate.  Can it be done without market disruptions?  History suggests that the unwind will cause unexpected results and increased market volatility.

Haddon Libby is a Managing Partner of Winslow Drake Investment Management.  You can reach him for a free, no strings attached investment portfolio review at 760-449-6349, HLibby@WinslowDrake.com or www.WinslowDrake.com.