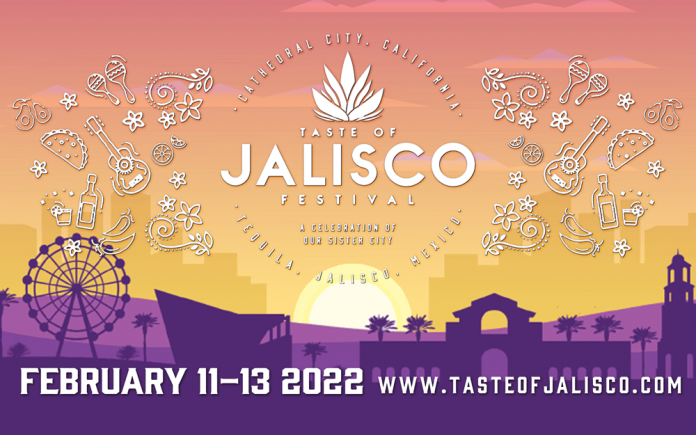 From February 11 to 13, the 6th Annual Taste of Jalisco Festival will take place in downtown Cathedral City to celebrate the sights, sounds, and tastes of the state of Jalisco, Mexico. This annual celebration honors the 25-year sister city relationship between Cathedral City and Tequila, Jalisco (Mexico) through culture, cuisine, music, and fashion. Admission to the festival is free and open to the public. 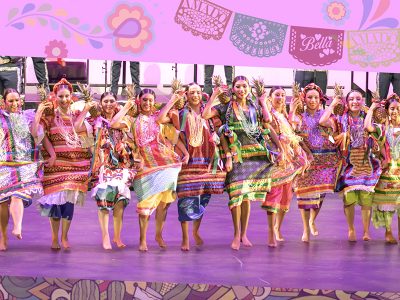 The weekend-long celebration includes a family-friendly carnival, artisan craft vendor market, tequila tastings and competition, authentic Mexican cuisine, and daily entertainment. Festivities kick off Friday, February 11 beginning at 4 p.m. and features the raising of the flags, a proclamation reading from Cathedral City Mayor Ernesto Gutierrez, followed by live entertainment and the opening of the carnival and tequila tasting garden.

In addition to a giant Ferris wheel offering views of the entire city and surrounding area, the three-day carnival, also will feature rides, entertainment, and games for all ages, on the festival lawn in front of City Hall. Attendees will enjoy assorted crafts from a variety of artisans, a car show, and a mix of gourmet food trucks. 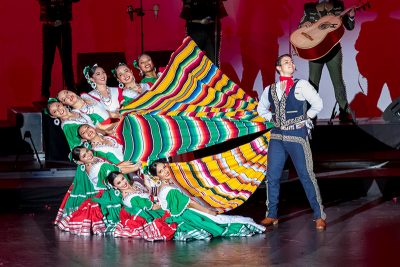 Guests 21 and older can enjoy the tequila garden located in Town Square Park, which features a high-end cocktail experience, tequila tasting, and voting for the inaugural Taste of Jalisco Gold Medal Tequila Awards. A highlight of the weekend will be entertainment from the Jalisco Community Stage featuring local and regional musical groups and live acts celebrating Mexican art and culture. 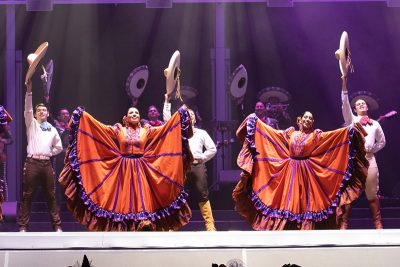 Headlining the festival is Ballet Folklorico de Los Angeles (BFLA) and Mariachi Garibaldi de Jaime Cuéllar with a special performance of “Mexico Lindo.” These two professional ensembles teamed up in 2017 to recreate “Tale as Old as Time” from Disney’s Beauty and the Beast and BFLA also received international acclaim for their 90th Annual Academy Awards performance for Disney’s Pixar movie, Coco. “Mexico Lindo” is a glorious musical journey that tells the stories of Mexico’s musical traditions through choreography and colors. 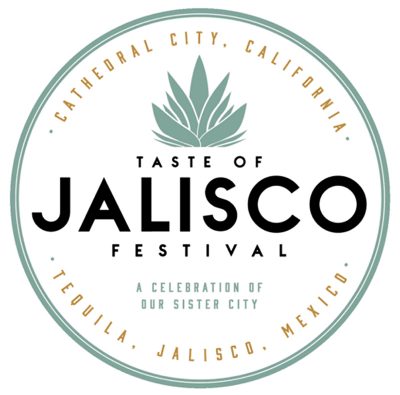 This special performance will take place Saturday, February 12, at 5 p.m. Tickets for the concert range from 20 dollars to 95 dollars for VIP tables. Children under 5 years of age are free. For tickets go to: https://soundskilz.ticketspice.com/taste-of-jalisco-main-concert

Marian Liebowtiz has been the manager for  BFLA and Mariachi Garibaldi de Jaime Cuéllar since January of 2019. She met BFLA in the summer of 2018 when they collaborated with another one of her bands for a show at the Redlands Bowl. They were looking for an agent and gave Liebowitz a call a few months later. Mariachi Garibaldi de Jaime Cuellar is their partner organization, and so they both joined her roster at the same time.

“We are very pleased to be part of this sister city celebration. Our mission is to connect with communities by performing excellent music and dance programs that ignite cultural pride and entertain,” said Liebowtiz.

The two organizations perform sell-out shows all over the U.S. most often in performing arts centers, but also at festivals like Taste of Jalisco. So far this year they have tours scheduled in North Carolina, Georgia, Texas, Arizona, Idaho, Oregon, and throughout California.

Mexico Lindo is a show that features music and dance from various regions throughout Mexico. Each region has its own unique music and costumes. Audiences will delight in the variety embodied by this show. All the songs performed in this program will be very familiar to those who have grown up in a Mexican household.

There are segments in the show where Mariachi Garibaldi de Jaime Cuellar performs alone, in tribute to famous Mexican singers such as Vicente Fernandez, who passed in December, and Pedro Infante.

“Sister cities are so important as they bring the element of Cultural Exchange to the attention of both communities, in this case Cathedral City and Jalisco. Through this lens, attendees can sample the food, crafts, dance and music of a culture that may already be beloved to them, or for some attendees be the first opportunity to explore,” stated Liebowitz.

Event hours are Friday from 4 to 11 p.m., Saturday 11 a.m. to 11 p.m., and Sunday 11 a.m. to 5 p.m. The Taste of Jalisco Festival is sponsored by the City of Cathedral City; Agua Caliente Casinos; Burke, Williams & Sorensen, LLP; and Entravision. Festivities take place in downtown Cathedral City, at 68600 East Palm Canyon Drive and parking is free. For more information about the Taste of Jalisco Festival, visit tasteofjalisco.com.