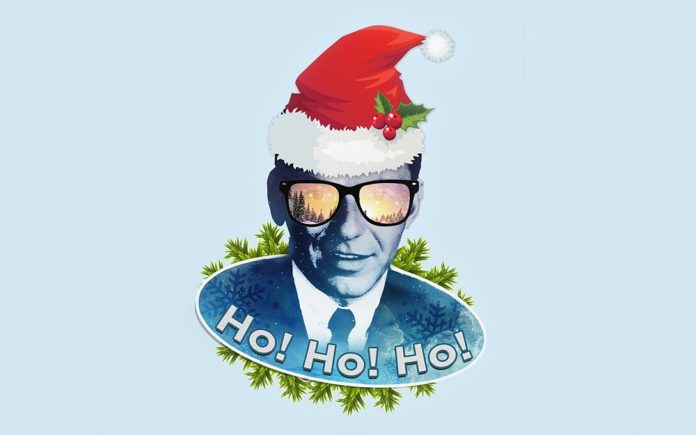 So this is Christmas! We hope you have fun!

In this column, almost seven years ago, we wrote an article titled in part, “That Sinatra Swing is Underway…” And we continued with, “Start spreading the news—the yearly cluster of celebrity sightings are going on at the Fantasy Springs Resort Casino, the venue to the 27th Annual Frank Sinatra Starkey Foundation Celebrity Invitational Golf Tournament, co-hosted by Barbara Sinatra and Robert Wagner . . .”

Attending those annual charity/celebrity events was a major highlight to the Palm Springs scene and kept resonating Frank Sinatra’s hold on the thoughts and minds of fans and artists alike. Since it was one of the best food & wine parties in the desert, we media folk had the best times sampling Fantasy Springs’ Chef Freddy’s cuisine. And was it not a kick-in-the-head, rubbing shoulders with New York and Hollywood royalty, and of course, the friends and families of the famed “Rat Pack”.

To further remind our desert readers, we also wrote, “Known affectionately as “Frank’s little party in the desert”, Barbara and Frank Sinatra founded this celebrity invitational in 1988 to raise funds for the Barbara Sinatra Children’s Center for Abused Children at Eisenhower Hospital in Rancho Mirage, California. More than 18,000 children have been helped since the Center opened its doors in 1986. This celebrity invitational has become one of the most successful fundraising events of its kind.”

Barbara Sinatra passed in 2017 and although the annual golf celebrity/charity event still continues in our desert, “partying with the Sinatras” has definitely waned somewhat. But just in time for your Christmas jam, we desert dwellers have learned of a new Frank Sinatra gathering at the JW Marriott Desert Springs Resort.

It was great to hear from my friend Emma Haber, owner & founder of the EH PR Group a full-service public relations firm with a focus on lifestyle, hospitality and the arts. And here is the news she’s spreading:

“JW Marriott Desert Springs Resort is unveiling their “Sinatra Smash” Happy Hour in honor of hosting Frank Sinatra’s last live performance at the property! The hotel now pays tribute to Frank Sinatra daily by raising a flag in true Sinatra-style to signal the new Sinatra Smash Happy Hour, which takes place every day at 4:05pm in the lobby bar, Aquifer65.” Don’t be late!

“As you know, the Coachella Valley has been home to some of the most notable names in entertainment, including Ol’ Blues Eyes himself who gave his very last live performance in the property’s Grand Ballroom in 1995, which recently underwent a renovation and was renamed the “Sinatra Ballroom” in his honor.

“Legend has it that when Mr. Sinatra was home just a few short miles away in Rancho Mirage, every afternoon, he would raise a flag atop a tall flagpole, signifying to his friends & neighbors that it was time to go to Frank’s house for Cocktail Hour. The hotel pays homage to this tradition.

“The daily ritual features two Frank Sinatra songs “Come Fly with Me” and “The Best is Yet to Come,” which was the last tune he ever sang live in a performance that took place in the hotel’s very own ballroom. The hotel invites travelers and locals alike to enjoy a sampling of the “Sinatra Smash” cocktail and cozy up to a large poster of Sinatra! 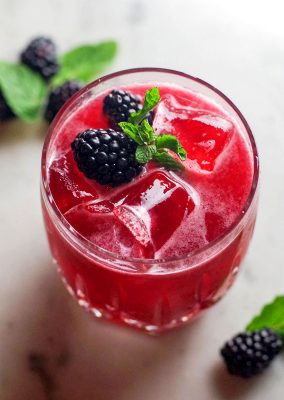 The Sinatra Smash is garnished with 2 blackberries and a sprig of mint. Ingredients are: 1.5 oz. Jack Daniels Old No. 7, 1.5 oz. sweet and sour, 3/4 oz. Creme de Cassis, 1/4 oz. vanilla infused simple syrup & 5 blackberries. The drink also debuts on the Aquifer65 cocktail menu for $17.”

Thanks Emma—let’s catch up soon. See ya at Aquifer65.

Through the few years that I’ve been out here in the desert, I’ve spoken to some of the bartenders who indeed served the Chairman of the Board his favorite “gasoline”, as Sinatra would refer to it. And it was certainly—Jack Daniels Old No. 7. And on occasions, I was told he also enjoyed the smoother Gentlemen Jack. Cheers!

Thank you readers for hanging in there and considering our comments, wine picks and recommendations during the past year. Cheers to all!—a very merry Christmas, and a happy new year; let’s hope it’s a good one without any fear.

Rick is your somm-about-town enjoying his Christmas quaffs as we speak. Contact him at the very olde email address: winespectrum@aol.com.