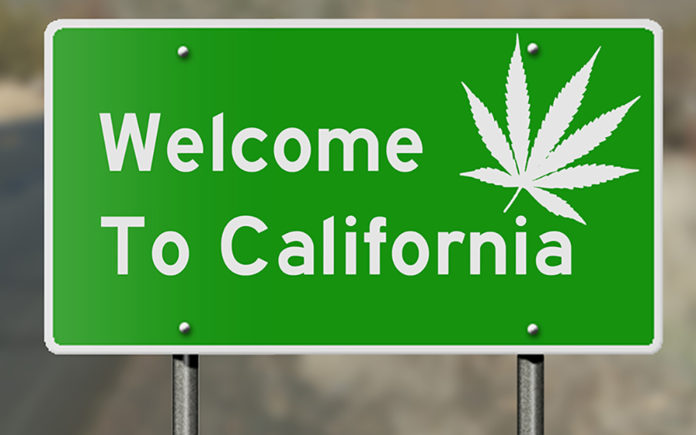 In 2018, the first year of legal, recreational cannabis sales in California, legal sales of the product DECLINED from $3 billion in 2017 to $2.5 billion in 2018 reports GreenEdge and the New York Times.

I posed that question to local expert, Joe Wallace of the Chief Executive Officer of Coachella Valley Economic Partnership (CVEP) on the state of California’s cannabis business.  CVEP brings together the regional partners such as businesses, city governments, tribal governments, regional governments, and the Greater Palm Springs Convention & Visitors Bureau with a collective goal of making our region a better place to prosper in a year round economy.  Wallace is also the author of the newly published book, “Living Outside of the Box”.

For some reason unknown to both Wallace and many in local law enforcement, the state has been at best slow to shut down illegal operators.  Occasionally, law enforcement are tasked with sweeps where illegal shops are shut down yet these shops quickly reopen in new locations.  Given that all legal and illegal shops can be found on industry website, Weedmaps, there is no good reason that the state has not been more aggressive at cracking down on illegal shops that do not pay the substantial fees, taxes and operating costs required of legal operators.

“A legal storefront has to sell cannabis for $200 per ounce to just break-even,” offers Wallace.  “The state produces 9 million pounds of product while the market can only support 2 million pounds in sales.”

In a 2015 government study of illegal drug use in the United States, it was estimated that 8.3% of all Californians smoke marijuana.  Let’s assume that usage has grown to 10% of California’s 40 million residents.  That means that 4 million Californians consume 8 ounces each annually.  Stated differently, average use is 227 grams annually amongst cannabis users or 4.4 grams per week.  As a marijuana cigarette is typically 1 gram, this suggests that the average user consumes a little more than half of a joint daily.  If we consider the amount of flower it takes to make the cannabis THC or CBD cannabis oils used in edibles, topicals, or vapes, it equates to approximately 5 grams of flower to produce of gram of oil.

For Californians to consume the entire state crop, the average user would have to consume 2.25 times more or 18 ounces each annually or almost 10 grams a week.  “It works out to about one-quarter pound per man, woman and child in the State,” says Wallace.

So what happens to the rest?  It is burned, plowed back into the soil or sold illegally outside of the state as it has been for decades.  This has resulted in an alarming drop in legal cultivators of cannabis setting up the prospect of a shortage for legal operators and a glut for the black market.

In a recent survey of 4,000 Californians, 20% of cannabis users admitted to buying from an illegal source such as a cannabis church, illegal pop-up storefront or ‘guy with a backpack’.

Additionally, a growing number of Californians are growing their own cannabis.  State regulations allow each person to grow up to six plants at one time.  As each plant can yield roughly 2.5 pounds of cannabis for personal use and buying seeds is legal, many of the heaviest cannabis users are growing their own.

What does all of this mean to the typically cannabis user?

Prices at legal stores may increase as the number of legal cultivators drop while prices on the street and via the black market can be expected to fall.  This means that state and local tax coffers will receive far less in income than estimated. Until the state gets its act together, expect legal operators to struggle.

Maybe the state should consult with Paul Pelosi, Jr., the son of Speaker of the House, Nancy Pelosi.  Pelosi is Chairman of Freedom Leaf (ticker FRLF), a Nevada-based cannabis company.