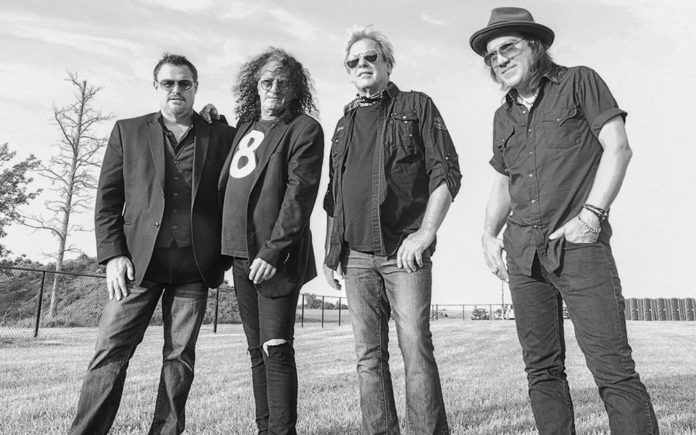 This weekend, Big Rock Golf Course at Indian Springs kicks off season in the Coachella Valley with their 3-day outdoor event that includes a classic car auction, live music, celebrity appearances, delicious BBQ, and much more. One of the bands performing at this exciting event is the Georgia Satellites, the rock band from Atlanta, Georgia best known for their 1986 #2 single, “Keep Your Hands to Yourself”. The Georgia Satellites go on stage at Big Rock’s outdoor stage at 8:30 pm on Friday, November 2, following The Motels. I spoke with Rick Richards, founding member and lead guitarist ahead of this weekend’s event.

CVW: Give me the backstory on how you ended up in a popular rock band for over thirty years.

RR: “We started jamming the night that John Lennon was killed. We all felt we had to do something and playing was the best thing we could do in that circumstance. We started jamming regularly and played around Atlanta at some really sleazy bars. We got a residency at the best sleazy bar and the band developed a following. We branched out a little bit and ended up getting a good following and a record deal. It didn’t happen overnight, but it was pretty rapid. We got the deal and made the record. At the time, we’d split up because our music didn’t seem like it was going anywhere. We were just called the Satellites for a while. Then the record company came back saying Georgia Satellites and we were like, ‘Oh man, we are going to get pigeonholed really good as southern rock.’ The name stuck though, and we reformed. We got management, had some showcases and that’s back when album-oriented rock was a thing and we fit that mold good. Then the song “Keep Your Hands to Yourself” came out and it just soared up the charts. It was crazy. It was crazy, baby!”

CVW: Your lineup has changed since then. Who are you working with now and how is it different?

RR: “Dan Baird, who was our lead vocalist and one of the songwriters, went on to do his solo thing. The bass player and I had the name and gumption to use it. It’s a different lineup but it’s still the same premise – good bar rock n roll. That’s our modus operandi. Members have changed but the idea hasn’t.”

CVW: How do you keep the momentum going, after all these decades?

RR: “It’s not the money that drives us and it never has been. We just love to play. It’s like being a folk musician, carrying on tradition instead of adapting to whatever is the flavor of the month. In our own way, we are carrying on the tradition of rock ‘n roll.”

CVW: Do you have anything new coming up?

RR: “We’re sitting on a bunch of stuff and just haven’t had time to finish it up and put it out. We’ll have something out next year.”

CVW: You were at Stagecoach last year, so you know Indio. Are you excited to return?

RR: “Yes, we played at Stagecoach this last time. I’ve been out to the Palm Springs area a bunch. I love it there. It’s fantastic! I’m so looking forward to coming to that part of California this weekend.”

CVW: What can we expect for this event?

RR: “People who come to the event can expect new stuff, old stuff, and who knows what else because we love to play off the cuff. We don’t use a set list, so you never know. It’s just fun. Hopefully they’ll serve alcohol, because that will make us sound much better.”

RR: “Well then we’ll get along great!”