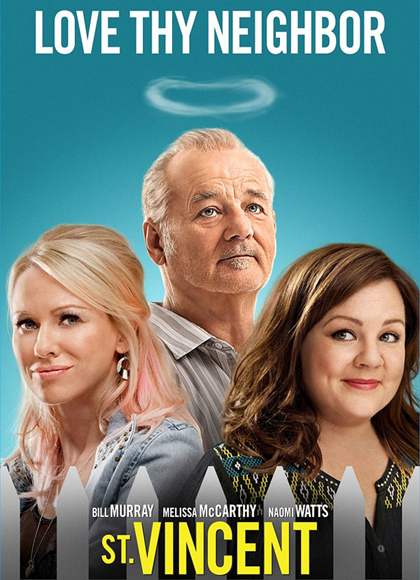 It’s a very thin line that separates treacly sweet sentimentality and honest emotions when it’s on the big screen. The former triggers a gag reflex and the latter warms the cockles of one’s heart. Bill Murray shines in this comedic drama as the curmudgeonly neighbor of single working mom Melissa McCarthy and her young son. Murray has become the go to guy for eccentric, idiosyncratic characters that somehow charm us in spite of their often cynical, sarcastic demeanors.

The friendship between Murray’s Vincent and Oliver (Jaeden Lieberher), the 12 year-old neighbor kid reminds me of the relationship between Billy Bob Thornton and the pudgy, put-upon kid in BAD SANTA. I also thought of Clint Eastwood’s GRAN TORINO that took a neighborly conflict in a somewhat similar direction in which the bitter neighbor becomes a hero, if not a saint. Formulaic in its structure with no big surprises, the big pleasure here is watching Murray do his thing with such confidence and seeming naturalness. Here, Murray is burnishing the facets of his über on-screen persona. He knows who he – and his character — are and welds that with the stuff he knows that audiences bring to his portrayals. Somehow, it all works. There’s no denying the satisfaction in watching the transformation that takes place in both characters when a true friendship is broached — in spite of all the red flags. 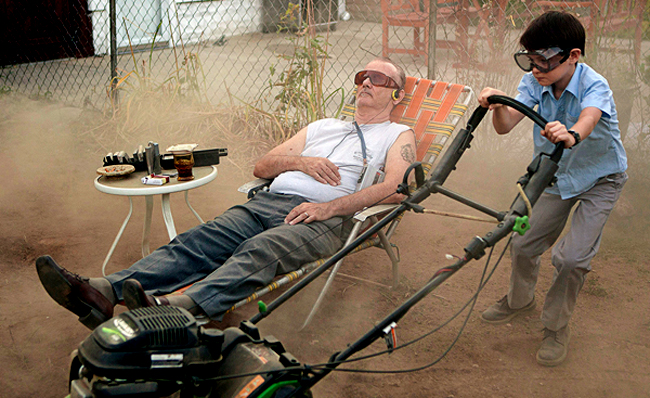 McCarthy’s Maggie is terrific as the single, hard-working mom who has just moved into a Brooklyn home with her kid who is stuck without anyone but drunken, gambler Murray to help watch her kid after school. Meanwhile, throw in Daka, a wonderfully low brow Naomi Watts as Murray’s pregnant, Russian, stripper, hooker girlfriend into the mix. These disparate characters and their peripheral stories – however contrived – all come together in a sentimental yet honest ending that actually, for a moment, tightened my throat. Although we have seen this kind of thing before, it’s still a nice reminder to experience a humanistic story that about we do not hastily judge those we don’t at first understand. I liked the way the kid, even though a partner to Murray’s daily routine of dive bars, racetracks and seedy strip clubs, sees Murray in a sweet light. Rest assured that the loose threads are neatly tied up. They all find something new to love in the other and become better, if not happier, humans. I disdain movies with an overt message, but I like stories that offer redemption amidst the rawness of life. I think Murray understands this and has mastered the delicate art of revealing his humanity no matter the character on the page. Young writer director Ted Melfi has struck gold here with his perfect cast and engaging story. Pick of the week. Now playing at Cinemas Palme d’Or.

NOW AVAILABLE FOR THE HOME THEATER: 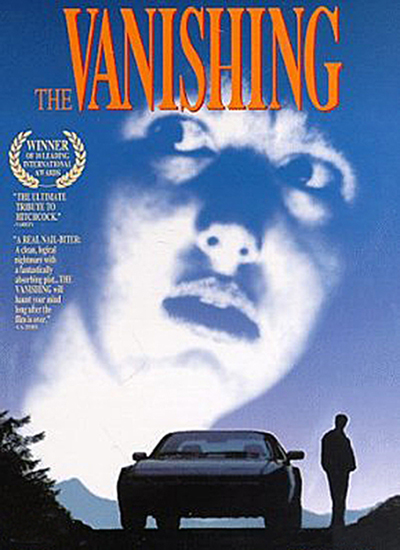 THE VANISHING
A classic Dutch thriller from 1988, THE VANISHING makes its 4K digital debut just in time for Halloween. Essentially a story about two pathologies coming together becomes a horrific tale of madness as a man seeks to understand his girl friend’s disappearance at a rest stop during a biking holiday in France.

This strange and exceedingly disturbing film takes place during the three years the girl has been missing and follows the obsessive search by the boyfriend as he puts up posters and fliers seeking info. His hopes that someone will provide a clue is answered when the girl’s abductor contacts him and the two men begin playing a very dangerous game that leads to one of the two scariest movie endings of all time (the other is 1973’s
THE WICKER MAN). The film is based on Tim Krabbe’s novella “The Golden Egg,” a phrase that figures in the movie. New extras feature an interview with co-writer and director George Sluizer and actress Johanna der Steege. (Sluizer helped write and directed a Hollywood remake that is inferior in every way.) Criterion. Blu-ray. 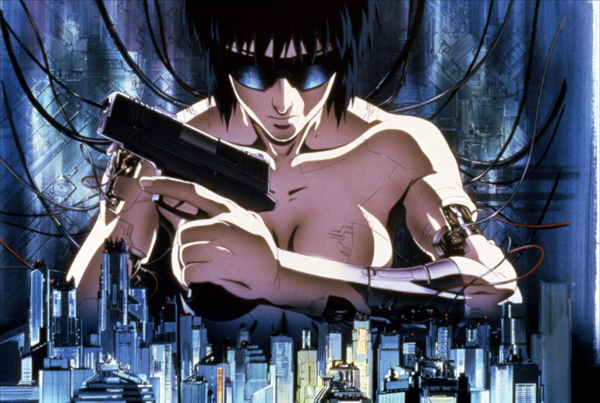 THE GHOST IN THE SHELL 25th Anniversary Edition
Over the years, Anime fans have made this a widely favored cross genre title. Hard to believe it’s been two and a half decades since the debut of this truly stunning animation that toys with the now very contemporary concerns of security and hacking. The prescient plot pits Tokyo’s Section Nine security force with apprehending a master hacker known only as the Puppet Master. The metaphors in this drama are hugely relevant, if one allows the mind to wander a bit. I really like the conceit that Major Motoko Kusanagi, a cyborg officer, is more than her mere human appearance suggests and while Motoko ponders the meaning and nature of her own existence in her quest to penetrate the “machine,” she realizes it also is searching for her. Just what is the “ghost” of Motoko’s essence and what does the Puppet Master seek in her? Anchor Bay. Blu-ray. 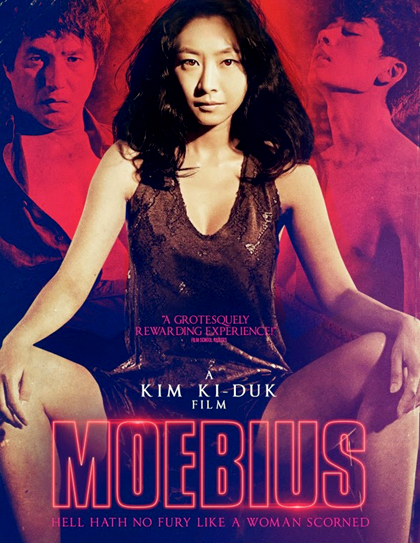 MOEBIUS
Korean filmmaker Kim ki-Duk may be bonkers. His insanely bloody and demented film is not for everyone. Not sure I can even adequately describe the plot in a family paper. Suffice it to say it’s about a very angry woman who severs the genitals of her unfaithful husband and in a rage harms her indifferent adult son in a similar manner. The son takes a path far removed from normality and the mom returns as head of the family now destined for even greater and more horrible (if that’s possible) devastation. Some viewers and critics regard this film as a tongue-in-cheek and very dark masterpiece. Of what, I am not sure. RAM releasing. Blu-ray.