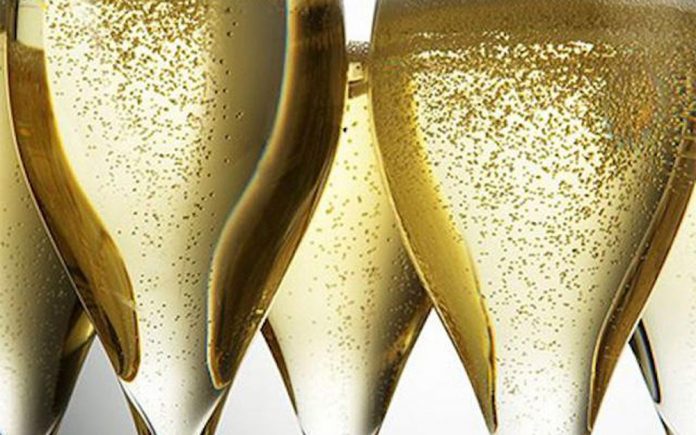 Sparkling wines will continue to flourish in the coming decade; and, have we not simply enjoyed a lot of bubbly celebrating the end of the past decade.

Everyone has their favorite sparkler and can name Champagne from France, Prosecco from Italy, Cava from Spain, and sparkling wines from California.  But no one seems to be making any reference to the bubbly of Germany.

It’s a conundrum actually (no—not the Wagner wine brand), but a conundrum in that Germany drinks more sparkling wine that any other country; so one would think we Americans would at least know the name of this ubiquitous bubbly of Germany.

Really quick—let’s go back to the 1860s, where Europe was drinking Champagne in droves; it was simply the most popular drink!  In 1867, this prompted wine writer Robert Tomes, in The Champagne Country to make a startling fact: “There is not a single wine establishment in all Champagne which is not under control, more or less, of a native of Germany.”

Mumm, Krug, Bollinger, Taittinger, Riunart-Mueller, Heidsieck, are real examples of the German winemakers of the past that indeed made Champagne—the region & the bubbly, what it is today! Now that’s an interesting fact!  In Europe, Germans and the bubbly really had it together.  All right! So if you haven’t yet put a name to the German sparkling wine, it’s known as Sekt.

So goes this article’s title: The Joys of Sekts.  It’s a title which wine columnists can’t resist!  And okay—I know the word “sekt” in German is both singular and plural (in English, it’s known as a defective noun).  But in German, there is no final “s” in the word—it’s always “Sekt”.  But we Americans love to put an “s” on defective nouns.  I mean how many times do you hear “sheeps” and “shrimps” spoken about.

And of course, if I simply write “The Joy of Sekt” as the title—well, it just doesn’t throw the same humorous punch, does it?

Anyway—back to our story.  Actually, the word “sekt” is yet another derivation of the Latin word used to denote a “dry” wine: the word “sec”.  We’ve heard this before when the English began talking about the Spanish Sherry as “Sack”. Shakespeare wrote it, where Falstaff demands his cup of “sack”.  When translated to German—it became sekt (Falstaff drank Madeira, Sherry and Champagne—but it was Champagne/sparkling wine that caught on as sekt in Germany.)

So what differentiates German Sekt from French Champagne or Spanish Cava?  Often times when the Sekt winemakers utilize the same grapes as they do in France, Chardonnay, Pinot Noir, and Pinot Meunier, you kinda get the same package flavors—but of course Champagne is generally better—because it is.

The better Sekt in the German world, I believe, is when the winemakers utilize the country’s best wine grape: Riesling.  Riesling Sekt is unique with its refreshing acidity that shows floral and fresh apple complexities.  You wine folk who have enjoyed the stunning dry Kabinett wines from the Mosel, as well as the Troken-Spätlese, know already the delicious capabilities of the Riesling grape.

We’ve just written about wine trends for the new decade and having modern Sekt establish a clear image of the category is desired.  The melange of different grapes such as the Champagne ones and others like Sauvignon Blanc, Muskatelle, Scheurebe, Gewurztraminer, provide for an interesting niche market.  But in my perfect world, it would be the predominant use of Riesling in the sparkler.

Right now, there is Riesling Sekt with a lot of convincing styles. Inspired by the wine making process in Champagne, Germany’s cool climate provides the opportunity to emulate the “lean” structure that is mastered in the Champagne region.  As with Champagne in differing regions around Reims and Epernay, so too, Riesling shows nuanced different notes from grapes in the Mosel and, let’s say in the Rheingau: such as riper fruit, floral and citrus flavors, exotic fruit flavors, and pungent acidity.

Low alcohol levels are typical with Rieslings and this also translates well to invigorating sparkling wines to be enjoyed as aperitifs and at meals.  As to sweetness, there’s no question that the sweeter style is very popular among German consumers.  But it’s a work in progress in getting to a medium ground in presenting fruit alongside acidity.

As to price, like many other sparkling wines, Sekt is trapped between Champagne and Prosecco.  For now, paying low prices gets you low quality Sekt.  High quality Sekt, in the U.S., one has to start paying Champagne-like prices—in which case, unfortunately, one will probably buy Champagne.

On the low-end, Trader Joe’s sells the Schloss Biebrich Sekt at $5.99.  It comes around as a hard, sparkling apple juice.  This is the poor-man’s version of the Chardonnay, Pinot Noir and Pinot Meunier blend.

On the more reasonably high-end, but true version of Sekt, I recommend the Solter Rheingau Riesling Brut, at $35. This Sekt consists of 100% Rheingau Riesling grapes which grew in vineyards of Rüdesheim and Geisenheim.  It has a fine bouquet with aromas of peaches and honey. Its taste has a smooth acidity with a well-balanced residual sugar. And it gives you a real sense of German terroir—which is something new for the American palate.

In New York or London you can still be forgiven for turning your nose up at Sekt; but in Berlin, Hamburg and Munich, Sekt is the new “sexy”.  How joyful!  Cheers!