The Coachella Valley’s entertainment choices are growing at a rapid pace. And now with Ron Stubbs calling the desert home, we are entering high octane entertainment levels. With his Comedy Hypnosis Show, he will be mesmerizing us with a stunning performance we will not soon forget.

Originally from Seattle Washington, Ron Stubbs and his wife Jeanie moved to the Coachella Valley in 2013 after visiting the area for performances throughout the years, “We love the desert,” states Stubbs.

He started performing his hypnosis shows in 1998 and has been on an upswing ever since, “It’s been a fantastic ride that I don’t see ending anytime soon,” said Stubbs.
I asked Stubbs how he got into doing his hypnosis show. He was actually performing as a musician and was frustrated with the direction he was going. He was working as licensed therapist during the day and playing music at night. He then saw an opportunity to take a hypnosis class, and along with his wife Jeanie, he did. He was skeptical at first about hypnosis like most people are, but he was quickly convinced after he was put under, woke up an hour later and wondered what the hell had happened. He continued taking the class and two years later was actually teaching it, suffice it to say, Stubbs was now a full believer in hypnosis.

Stubbs has taught at three major colleges, written six books on hypnosis, has appeared in movies and on radio and television. His 2003 hypnosis/meditation CD “The Hearts Journey” was considered for seven Grammy Awards, which was the first recognition for a CD of its type.

Stubbs is quick to correct the skeptics who question hypnosis. He points out that it is really quite simple. He says that we are being hypnotized everyday by television and the media. “If you’ve ever had an experience when you’ve driven somewhere and don’t remember driving there, or just spaced out, that’s a form of hypnosis. It’s a natural occurrence that people get into several times a day, all I do is direct it a little and have some fun with it,” Said Stubbs.

Stubbs performs his shows with his wife Jeanie who is also a licensed hypnotherapist. She helps him run the show and provides him with a second pair of eyes to survey the participants.

The show itself is lighthearted and fun! Stubbs starts out with doing some standup comedy and then gets right into the show by selecting volunteers from the audience. He doesn’t do anything that would humiliate or embarrass the participants. And although his shows are not dirty by any means, they do tickle the line of risqué. But seriously, what fun would it be if it didn’t? He also does something during his show called “Give Back”. It is when he helps out the participants with a real issue like wanting to quit smoking or lose weight. He will give them key words that will spark the desired effect.

Besides working his shows, Stubbs is also available for private therapy sessions.

Stubbs performs between 200 and 250 shows a year and has had over a quarter of a million people up on stage. His show has taken him all over the U.S., Canada and Europe. And now we are lucky to have him here in the Coachella Valley.

He will debut his show at the fabulous Purple Room in Palm Springs on October 24th. The show starts at 7pm and dinner is available at the club starting at 5:30. The show lasts about 90 minutes and is pure entertainment from start to finish. He will perform again at the Purple Room on December 13th and then will be there every week.

The Coachella Valley has many entertainment offerings, but nothing as entrancing as the Ron Stubbs Comedy Hypnosis Show. He is a welcomed addition to Coachella Valley performers. Get ready to be mesmerized! 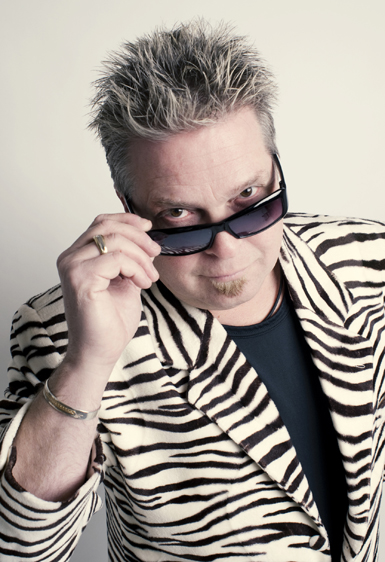