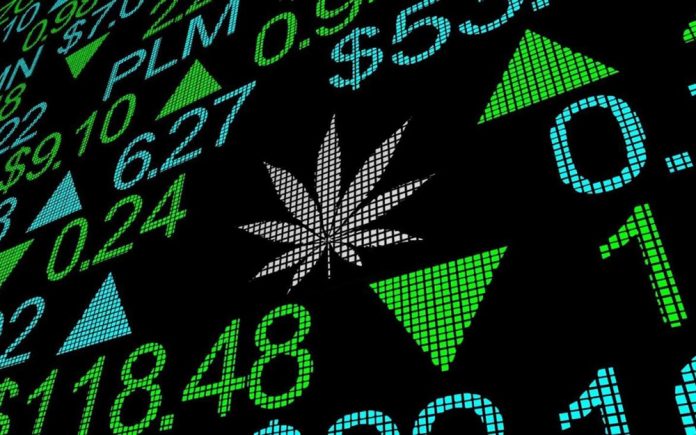 The 15 largest publicly traded companies that focus on cannabis had a total value of $56.7 billion on June 7th.

The most valuable cannabis-only company is Curaleaf which is legally organized and traded in Canada like so many cannabis companies but operated from Wakefield, Massachusetts.   Looking back only two years ago, Curaleaf was valued at about $3.5 billion.  Today this company is valued at three times that or $10.4 billion, down $1 billion from its all-time high reach in February of last year.   This integrated cannabis company grows and sells their products in 23 states via nearly 100 dispensaries and produces revenues at a $100 million per month rate.  Curaleaf was founded by Boris Jordan, a New Yorker who made his fortune on the privatization of businesses in Russia in the early 1990s.

The second most valuable cannabis-only business is Canopy Growth of Ontario, Canada at $9.8 billion.  This operator is 38.6% owned by Constellation Brands and primarily does business in Canada.  With first quarter revenues of $260 million, this company still operates at a loss.

Tilray is third worth about $8.8 billion. Started as a CBD-focused Canadian-based, the company has a greater international presence as the result of its merger with Aphria earlier this year.  Aphria has AB InBev as its partner.  While Tilray holds a strong position in the Canadian market, it operates at a loss level that exceeds its revenue level.

At nearly $7 billion in value, Trulieve Cannabis is the fourth largest and based in Florida. This vertically integrated dispensary operates in five states.  During the first quarter, this company posted $194 million in revenues and a $30 million profit.  While this make for a steep Price-Earnings Multiple, Trulieve turns a profit which is much better than most in this fast growing industry.

Fifth is Green Thumb Industries with a valuation of $6.5 billion.  Based in Illinois, Green Thumb is like Trulieve in that it is a seed-to-sale company that operates nearly 100 dispensaries in 12 states.  Revenues were similar to Trulieve with lower profits.

When following cannabis stocks, it is important to understand not only the business but the quality of their financials.  While Curaleaf is listed on a Canadian Stock Exchange, it trades domestically via the Over the Counter aka OTC Market.  When looking at companies trading OTC, it is important to know that there are different tiers to this marketplace.  To keep things simple, most are either OTCQX or a Pink Sheet.

OTCQX is the top tier OTC stock.  Companies on this trading system typically report their financials to the Securities and Exchange Commission.  OTCQX companies meet the requirements to be listed on a major US stock exchange but trade OTC as a means of saving on costs or due to a unique market niche like cannabis.

Pink Sheets often do not have audited financials.  In most cases, there is some deficiency in the stock that prevents it from being listed OTCQX.  Stocks under $5.00/share are often referred to as penny stocks as few exchanges will trade in equities that cannot maintain this minimum value per share. One of the biggest concerns with a Pink Sheet stock is that there is minimal regulatory oversight of these types of public companies.  As such, few professional money managers will touch this type of stock.

One of the best places to research a cannabis stock or any equity that you may consider buying is at SEC.gov.  All public filings of a company are listed on their website.  The challenge here is that many people do not know how to ready business financials.  If that is the case, consider investing via an Exchange Traded Fund.

Whether it is an interest with investing in cannabis or any highly other speculative business, investors should be careful.  Never put at risk more than you would be comfortable losing.