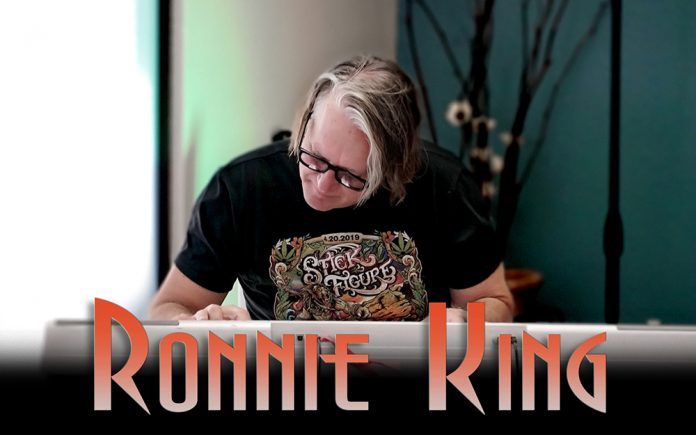 The regenerative lifestyle is a mutli-pronged enrichment of the physical, mental, spiritual and financial health of individuals that is gaining momentum to help reverse climate change, provide a return to nature, save our cultures, economies and environment through our daily living. This increasing of the levels of health and well-being while dropping the excess and keeping what we value is exactly what Ronnie King is about.

King is a Multi-platinum, Oscar and Grammy nominated, Diamond Certified (more than 10 million units) producer, composer, arranger, musician and philanthropist. Past collaborations include Mariah Carey, Tyrese, Tupac Shakur, Snoop Dogg, The Offspring and Rancid to name a few. He is partner and Music Supervisor at ASGE King Music (ASGM), music producer at Zen Entertainment and music consultant at The Americani LLC. 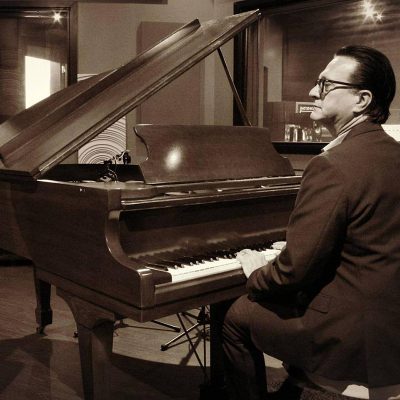 King achieved two #1 Billboard Reggae albums this year with Local Motion by Pepper and Mass Manipulation by Steel Pulse playing keyboards on several tracks on both albums and receiving a Grammy nomination for ‘Best Reggae Album’ for the latter.

At the moment, King is working with the high-reaching R&B Soul vocalist Kristen Lee who will be releasing her EP in early 2020 with King at the controls.

Along with Robbie Waldman, Vinny Berry, Courtney Chambers and Lee, King also participated in the Coachella Valley’s first Make Music Winter at The Refinery Integrated Wellness Services, a music-making celebration on the winter solstice with participatory musical performances and events in more than 30 U.S. cities.

We spoke with King to get an update on his musical endeavors while focusing on the meaning behind it all.

“Music is my engine. Through music there is health and wellness. What I’m seeing in the music business is artists who are participating in a lot of health and wellness. In my midlife, I have an opportunity that’s going to leave a legacy to bring people together. It’s getting interesting; my career is definitely getting a little more diplomatic. It’s kind of a gifting of mine, you have to be able to talk to people and I’m good at that. These kinds of things are coming more in my life and I’m really stoked about it. I can use music as a vehicle and use the humanitarian feelings in my heart to be a voice to many. I’m being tutored by author and influencer Dr. Joe Vitale. I’ve met so many great mentors from Jay Shetty and Daniel Habif, all these guys really changed my head space about where I was in my life at 55. I’ve done so well in the music business that I want to use my resources to move into my legacy years. The music is my gateway to be able to associate with such great thinkers in today’s society and use music as the catalyst to help people understand the world.”

“I met Kristen through my fellow Indio High School graduate JV Alvarez we were in choir together. He called me about this great singer and her boyfriend Paul Morrisseau who own a 50 foot tug boat out of Florida. They had been participating in a huge humanitarian effort taking food and supplies to hurricane ravaged ares and dropping it off, going back and forth. It’s right up my alley with what I’m doing internationally as far as charity, international awareness and the regenerative lifestyle. When I talked to her, I told her she was right on the money of what we’re doing. We recently played at Veterans of Foreign Wars (VFW) Post 3699 in Indio. We talked about what they went through. They are resilient. The desert draws a healing mindset. We talked positively about the state of the Earth.”

“I was appointed the ‘Goodwill Ambassador’ and cultural attaché to Universidad para la Cooperación Internacional (UCI) through film, television entertainment and music in Costa Rica with Dr. Eduard Müller at the helm. Dr. Müller is trying to help change the thought pattern of how we farm. I’ve been catapulted by these game changers. I think there’s a lot going on in music, artist content matters. A lot of artists are changing the world with their music. I’ll be going back to Costa Rica in February to sit on a panel and we’re going to pick one or two artists and bring them to the United States. I’m stoked to be an ambassador to the country. This coming year I’ll be associated with Dancing With The Stars Costa Rica. I’ll be doing a lot with their music program and what they’re dancing too. In February I’ll be working with the producers here in the desert putting the music together for their 7th season. We’re going to focus on the regenerative lifestyle and healing minds and getting people to think differently about what they put out into the world.

“I will also be honored with a humanitarian award at the 9th Annual HiPipo Music Awards on March 14, 2020 in Kampala, Uganda to help bring awareness to Uganda.” 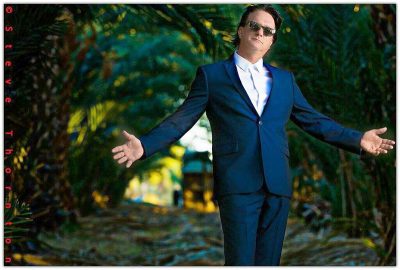 “In addition, I have had the great opportunity to connect with farmers and date growers in the Coachella Valley that are growing organically; no more pesticides. I have a partner going all around the world shipping dates in from Tunisia and Morocco. Anywhere in the world you see dates, a lot of that is coming from right here in the desert. It’s very powerful.”

“We will be there with Steel Pulse. We’re up for ‘Best Reggae Album’ of the year. We feel good about. They hadn’t made a record in 15 years. I perform keyboards on three songs on the album Mass Manipulation. Steel Pulse is a band I grew up with and I’ve always appreciated their attention to politics and social awareness. Their producer, David Elecciri, I’ve known him for some years. They wanted my style on the record. I’m very excited. I’ve been up for several Grammys with different bands and artists like The Offspring and 2PAC, always a bridesmaid, never a bride. I think this year, because of the message, they are really addressing the racial problems in the world, and that we should be more kind to each other; they’ve received amazing reaction. I’m excited to maybe get a Grammy this year.”

“This past year, I had the opportunity to go the Ukraine. My plan for 2020 is to complete my orchestral record with a Ukrainian orchestra. I’ve talked to the boys in The Offspring, Pepper and others to take some of their hit songs that are in line with my regenerative mindset and mentality and make them into orchestral arrangements. My idea is to be the bandleader, much like David Foster, and I’ll bring the orchestra and do all the orchestration. I’ve got to spend a lot of time with David, so this is me carry the torch and be able to present the artists in the music. I’ll have Kaleo from Pepper come up and sing his song and Bryan ‘Dexter’ Holland from The Offspring do their hit song. I have 10-20 songs already notated and mapped out. I’m going to let it organically grow into a record and bring it out to the world. Alejandro Taranto (Los Fabulosos Cadillacs, A.N.I.M.A.L.) will be producing the album. He loves the desert and he’ll be returning from Argentina soon. He wants to be in America.”