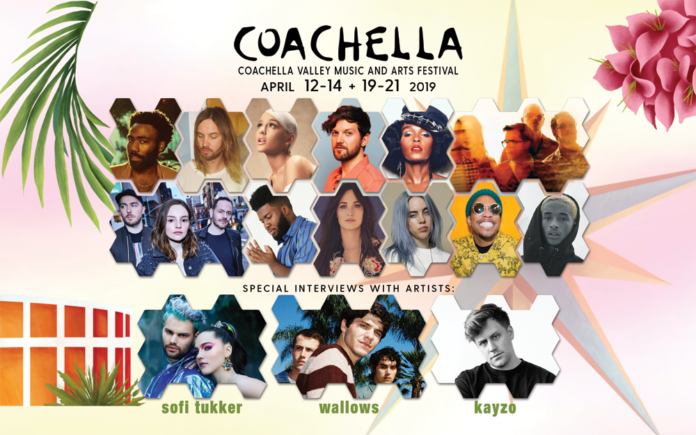 The year was 1999, and Goldenvoice brought a mix of indie rock, EDM, and hip-hop together at the Empire Polo Field for just $50 for a day pass. The stages were graced by Beck, Rage Against the Machine, the Chemical Brothers and Moby. The first year was rough but a future star was born! Twenty years later, no doubt ticket sales drive success and the selection of this year’s festival lineup with headliners Childish Gambino, Tame Impala and Ariana Grande along with a heavy lineup of homogenous EDM and hip-hop acts reflects a changing landscape that is light on rock and roll and surprise. In search of my Coachella playlist, I connected with some established underground acts, some new beats and a handful of popular artists that keep music alive and fresh. There is even one local band that brings a blend of music and culture that reflects the authentic Coachella Valley flavor.

As I scrolled through the acts searching for the sounds that satisfied my Coachella thirst, I am most impressed with Cola Boyy, aka Matthew Urango, a 28-year-old multi-instrumentalist and singer from Oxnard, California. Urango, who grew up in a multi-cultural mix of Native American, Hispanic, white and black family, combines the unique spices of rock, soul, funk, a dash of punk and some Latin groove into a deviant form of disco that will get your head bopping and your feet moving as he inspires joy in the hearts of all who hear his song.

Storming onto the mainstream musical stage with her number one hit on the U.S. alternative charts “No Roots,” the German-Canadian-English singer and songwriter delivers a worldly progressive pop that hits hard with a groove.

A collective of talent that brings electronic music and artful experiences to inspire change, while uniting communities with a shared experience that transcends time and space, while guiding a mission to create a more peaceful, planetary culture.

Brooklyn-based indie rock band that brings a lo-fi, shoegaze sound with dreamy notes and recollections of surf rock in a post-punk revival.

Born Billie Eilish Pirate Baird O’Connell, this singer-songwriter (along with her brother Finneas) owns the modern music landscape with self-determination and complete creative control of her electro-indie pop that has won fans the world-over with her multi-gold and platinum singles.

What happens when a Norwegian with Chilean roots forms a band in the Viking stronghold of Bergen, Norway? A pop-rock jangle pop band known as “boy pablo” is born!

Born April 27, 1940 in Bethel Village, Tobago, Linda McArthaMonica Sandy-Lewis, aka Calypso Rose brings a timeless cool with soulful roots and a spirit that will delight your ears. French singer Manu Chao discovered her work and helped to produce a Platinum album and breathe new life into this Queen of Calypso. You have to Google her as the website is down.

Actor, comedian, writer, producer, director, musician and DJ, Donald Glover aka Childish Gambino brings his gifts to the stage. His number one hit, “This Is America,” brought him critical acclaim along with four Grammys. A mix of hip-hop, funk, R&B, and psychedelic soul.

The Glasgow, Scotland band brings a worth synth-pop and indietronica genre to a fortunate Coachella crowd. Originally designed to be a studio-only project, the band quickly grew in popularity and hit the road and climbed the charts.

Cola Boyy, aka Matthew Urango, a 28 year-old multi-instrumentalist and singer from Oxnard, California. Urango, who grew up in a multi-cultural mix of Native American, Hispanic, white and black family, combines the unique spices of rock, soul, funk, a dash of punk and some Latin groove into a deviant form of disco that will get your head bopping and your feet moving as he inspires joy in the hearts of all who hear his song.

The Danish punk rockers embody a post-punk, art-punk sound that teeters on the psychedelic rock sounds of The Black Angels. If you are hungry for some raff riffs of Rock and Roll, check out the finest grit from Copenhagen.

Scott Ramon Seguro Mescudi aka Kid Cudi, brings his original creativity packed with emotion that has called together an almost cult-like following. A neo-psychedelia flows seamlessly into trip-hop and hip-hop then turns into alternative rock to keep you moving and grooving to soulful lyrics and beats reminiscent of inspirations, “The Pharcyde” and “A Tribe Called Quest.”

Hailing from Montreal, Quebec (Canada), this dreamy indie electro-pop band was formed by high school friends in 2014. Their hit single “Say, can you hear,” drives with a danceable bass line while dreamy notes float over the sounds that recall early tracks from “The Cure.” Get your chin-bounce on with this trio! 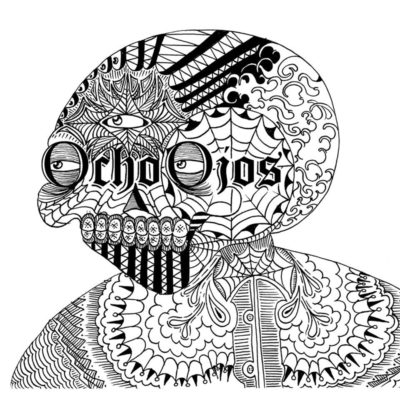 Representing Coachella, CA, this Latin Fusion brings their evolved combination of cumbia, psychedelic chicha, hip hop, funk and electronica back to the Coachella stage. This will surely be a wonderful live and improvisational show!

The Aussie band will get you in a flow and make you dance even if the Coachella winds try to defy your good time. Disco meets soul with an electro-pop beat that keeps the crowd swaying. They drew the attention of former Coachella performers “Daft Punk,” who co-produced the hit single “Overnight,” in 2017.

If you are tired from the EDM and hip hop heavy lineup, stop by the stage to indulge in “Shame,” as the shoutiest British rockers from South London bring a welcomed alternative, post-punk rock energy to Coachella. “The idea of a rock star is offensive,” says Charlie Steen, the singer of the band in a 2018 interview with “The Guardian.”

The Australian psychedelic music project returns to Coachella to headline this year’s class. The “epiphany pop” band hails from Perth and is actually just one man- Kevin Parker, who thought he had a better chance at grabbing attention if people thought he was a band. For live performances, he brings along some talent to support the Grammy-nominated act.

The L.A.-based ska-punk band combines the talent of three Bivona brothers along with Aimee Allen on lead vocals. The band has toured with “The Mighty Mighty Bosstones,” “Less Than Jake,” “Reel Big Fish,” “Rancid” and “Bad Religion” among other notables of the genre.

Perhaps the most senior musicians on the slate, alternative rock mainstays, “Weezer,” will at least be a reminder of the genre that used to dominate the festival. If all other acts fail to deliver, at least you can look forward to this show full of classic hits and their latest album of awesome covers from an era when music didn’t suck as bad as this Coachella lineup.

For those of you not inspired enough to purchase a ticket or not in the tax bracket to afford such a luxurious spend, the good news is that YouTube will Live Stream several performances. The bad news is that most of those shows will be of the most expected acts and not many of the picks listed above. If you want to watch from your phone or at work or home on your computer, check out yt.be/coachella to watch without the heat and hassle. For those interested in my “Coachella Soundtrack,” I suggest curating a playlist on Spotify and sharing with others. Be safe out there and take care of each other!