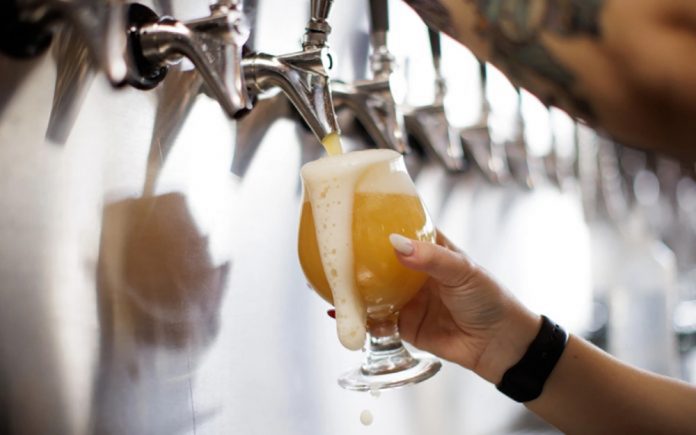 Memorial Day weekend started me thinking about traditions, and as an older brewer my thoughts drifted where they always seem to go…to beer. Last week we began the deep dive into the twenty most influential American craft beers ever brewed based on my 29 years in the industry.

This list is entirely mine and reflects my opinion only. Rebuttals and suggestions are encouraged and my email address appears at the end of every column. This week we will tackle the second five starting with number fifteen. Last week’s list may be seen at the end of the column.

Not all brewing world innovation happens during the brewing process. In 2002, this Longmont, Colorado brewery did something with their Pale Ale that changed craft beer forever; they put it into cans. Dale’s Pale Ale launched a movement that has swept the nation by storm.

Two interesting footnotes: Meg Gill, started her career as a regional sales manager for Oscar Blues before co-founding Golden Road Brewing in Los Angeles in 2013. Also, Dale Brothers Brewing in Upland, Ca was forced to change its name after 13 years to ‘Last Name Brewing’ as Oscar Blues owns the craft beer trademark for their surname.

When Kurt and Rob Widmer founded their Portland, OR brewery in 1984, their goal was to produce German-style beer for the local community as they launched with an Altbier and a Kölsch and found themselves on solid ground. A local customer requested a third beer, so the brothers added 50% wheat to the Kölsch recipe and fermented it with their ’gravity-defying’ Altbier yeast and just like that the American-style Hefeweizen was created.

Widmer rode this beer to national prominence in the early 2000’s when it was nearly impossible to find a bar or restaurant without a Widmer or Pyramid tap handle. Long-term success in the finicky beer business can be fleeting, as these brands have all but disappeared, replaced by Belgian Witbier inspired Blue Moon and Shock Top.

Virtually all IPA’s get their aroma and flavor from multiple hop additions during the brewing process. Dogfish Head’s quirky, yet genius founder Sam Calagione decided in 2001 to invent a method of continuously hopping during the boil to replace the numerous additions traditionally used.

90 Minute IPA is so-named because it is continually hopped for all 90 minutes of its boil, but how was it achieved? Sam picks up the story, “I stopped into the local Salvation Army and came across one of those old vibrating football games. For whatever reason, I immediately thought this could be the answer. We duct taped the game to a ladder so that it would hang over the cauldron of boiling beer and turned it on. Sure enough, the vibrations caused the pellets to vibrate down the game and drop into the beer a few at a time over the course of the 90-minute boil, thereby continuously hopping the beer.”

Fritz Maytag saved Anchor Brewing in 1965, and ten years later launched the first holiday beer brewed in America post-prohibition. Each year Anchor creates a new, secret recipe along with a hand-drawn label for their Christmas release in late November. The brew is typically a highly-spiced Wassail; the moniker heralds from the Old English ‘Waes Hail’ (pronounced Woss-el), which literally means ’be well’.

Each year a new symbolic hand-drawn tree is chosen for the Christmas Ale bottle, and the 47th edition last year was the Yucca brevifolia…the Joshua Tree!

Pilsners, also known as ‘Crispy Boi’s’ in the industry have gained tremendous popularity with brewers and craft beer fans over the past several years. The style has been a mainstay of American brewing since prohibition and accounts for 99% of the suds produced by the industrial giants of the beer world. But the craft side of pilsner, especially the German-style, started with a little brewery in Downingtown, Pennsylvania named Victory.

Prima! It’s a German exclamation of joy as well as a recognition of accomplishment. Made with fine German malts, it’s authentic as well as traditional. Victory only uses Old-World noble hops in this beer, giving it a bracing herbal bite to balance the smooth malt flavor. It’s the original American Crispy Boi…and a refreshing delight on a hot desert day.