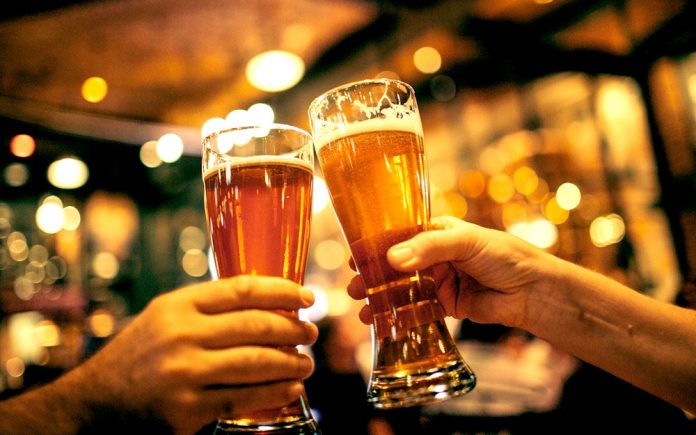 Last in a Series of Four

A full month ago, Memorial Day weekend started me thinking about traditions; and as an older brewer my thoughts drifted where they always seem to go…to beer. In that issue, we began the deep dive into the twenty most influential American craft beers ever brewed based on my 29 years in this crazy business, culminating in this issue’s Top Five.

This list is entirely mine and reflects my opinion only. Rebuttals and suggestions are encouraged and my email address appears at the end of every column.

When Russian River’s Vinnie Cilurzo first brought wine-country Temecula his aggressively-hopped beers in the late 90’s, many (including myself) believe his Blind Pig Brewing IPA to be the birth of the West Coast style of IPA. His doubled rate of hopping combined with lower than usual ABV’s resulted in a blistering bitterness tasted by few before he delivered to a small but fierce fan club at Hollingshead’s Delicatessen in the city of Orange.

Blind Pig is Vinnie’s third entry in my Top 20, showing just how influential he and his products have been on my career. Throw in the fact that many consider him to be one of the nicest gentlemen in the business and we have the making of a true, honorable, American brewing hero. (Pro Tip: When ordering your next Blind Pig, tell the bartender you’re using nothing but crossword puzzle hints and ask for a ‘Sightless Swine’)

Exactly thirty years ago, Greg Hall was Head Brewer for his father, John; the founder of Goose Island Brewing in Chicago. The brewpub’s 1000th batch was upcoming and Greg was searching for something truly unique and over-the-top to celebrate the momentous occasion. Having recently met Booker Noe from Jim Beam, Greg spent the bulk of the celebratory budget acquiring used bourbon barrels; launching craft beer into unknown and uncharted territory.

The massive Russian Imperial Stout, aged bourbon barrels for the very first time, not only broke the stylistic ice for thousands of craft brewers, it also became the benchmark of a style variation which few other brewers have mastered. Bourbon County Stout is a torch, lit by a tandem of Hall’s, passed on to a generation of brewers desperately seeking to keep it aflame.

Like Russian River, Anchor Brewing has three beers on this list. Now celebrating their 125th year of making Steam beer, Anchor Steam is synonymous with San Francisco. Although the origins of the trademarked name ‘Steam’ are a little hazy, many agree it was from the warm beer giving off ‘steam’ as it cooled on the rooftop fermenters.

The equipment today is a little more modern, but Anchor Steam is still open fermented at warm temperatures using a lager yeast. Twenty-eight years ago, Bob Brewer, Anchor’s western region representative took me under his wing and began teaching me the finer points of beer. The man is one of the smartest and most well-spoken individuals I’ve ever met and continues to influence my education to this day.

Jim Koch took an entrepreneurial risk in 1984 and his Boston Lager introduced craft beer to countless millions of Americans. The beer is considered pedestrian by many of today’s new converts, but is definitely still worth a visit next time you are beer shopping as it literally is the roots of today’s craft beer scene.

The flagship of the Boston Brewing Company is said to be brewed according to Koch’s great-great grandfather’s recipe. The process includes a decoction mash using four different vessels and Old-World krausening for secondary fermentation. Beer nerds will also be happy to learn that the brew is dry-hopped with two Noble hops, Hallertau Mittlefrueh and Tettnanger.

Simply Google ‘Pale Ale’ and the very first entry in the results is Chico, California’s Sierra Nevada; and for very good reason. Sierra Nevada Pale Ale (henceforth “SNPA”) is the beer that launched a thousand breweries. The list of brewers who refer to SNPA as their favorite beer is long and distinguished. Vinnie Cilurzo of Russian River keeps it stocked in his refrigerator at all times, and David Walker (Firestone Walker) says SNPA opened his eyes to what American craft beer could be. His Brewmaster, Matt Brynildson is even more dramatic, having once claimed that, “When you die as a brewer, you go to Chico”.

When Ken Grossman founded Sierra Nevada in 1979, he aspired to brew similar beers to those of Anchor and even had Fritz Maytag’s blessing along with plenty of assistance. SNPA was first brewerd in September of 1980 and featured Cascade Hops, the first new hop variety released by the Department of Agriculture since Prohibition. The rest, as they say, is history…