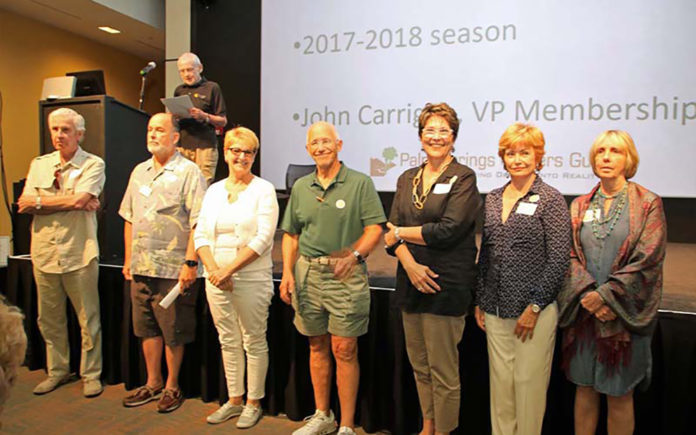 It began in 1977 when a small group of Coachella Valley residents with an interest in writing met. Forty years later with over 200 active member the Palm Springs Writers’ Guild boasts published authors, aspiring writers, and members that reflect the Valley’s demographics. Members are local residents as well as all residents across the United States and Canada.

“We are serving aspiring and professional writers throughout the Coachella Valley and beyond, “ said President John G. Peters, PhD.  “Our mission is to Connect, Collaborate, Create and Publish- and help authors to become better writers by offering workshops and boot camps, geared from beginners to advanced authors.”

The Guild meets monthly and presents topics of interest to its members. The Guild is able to draw on its own wealth of experienced writers as well as outside speakers.

The meetings allow for members to interact with each other, to share ideas and get feedback on various projects. The Guild is a community where experience is valued but all are welcome. 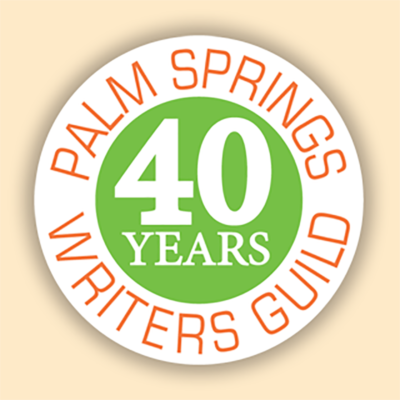 Executive Vice President Uschi Wilson stated, “We have been fortunate to have people such as Tod Goldberg, professor at UCR, and Robert Masello an award-winning journalist, television writer, and the bestselling author of many books, spoke to the Guild. We have also invited publishing professionals to provide guidance to our members. For example, Don Maass of Donald Maass Literary Agency in New York joined us.  His agency sells more than 150 novels every year to major publishers in the U.S. and overseas.  Rudy Shur, the author of How to Publish Your Nonfiction Book and founder of Avery Publishing spoke at our past meetings. This year’s our speakers are just as inspiring.”

The 2018-2019 series included talks from bestselling spy thriller author Andrew Kaplan; Behler Publications Acquisitions Director Lynn Price; Author John Smelcer; and others. The talks are open to the public. The following workshops are offered at a fee for non-members and members.

Why join? Children’s Book Author Ruthie Kritzik-Gassner is a Guild member.  ““I am a children’s writer, I had heard the Guild had made positive changes and had room for children’s writers. After attending a networking event I didn’t need any convincing regarding joining,” said Ruthie. “I joined the Guild because it is a very supportive group that encourages writers, aids in exposure to surrounding communities, offers Boot Camps and selects wonderful speakers.”

Ruthie continued “I have also had the honor of being selected Guild Author of the Month-March 2018.  I always recommend the PSWG to writers or future writers.”

The Guild is also working on an Anthology Project, which will be published in 2019. The Anthology will feature local authors and artists from the Coachella Valley and beyond.

In addition to the monthly meetings the Guild holds other events. Desert Writers EXPO is a partnership between the Guild and the Rancho Mirage Library. The event is held at the Library with more than 40 authors participating in the Expo. The event will be held Saturday March 9, 2019 from 3 – 6 pm.

“We also hold Book signings, Poetry Readings, and other outreach at various locations,” said Ulrike. “We offer many opportunities for the art of writing – contest, workshops, critiques – we are active. We are here. We keep the written word alive!”