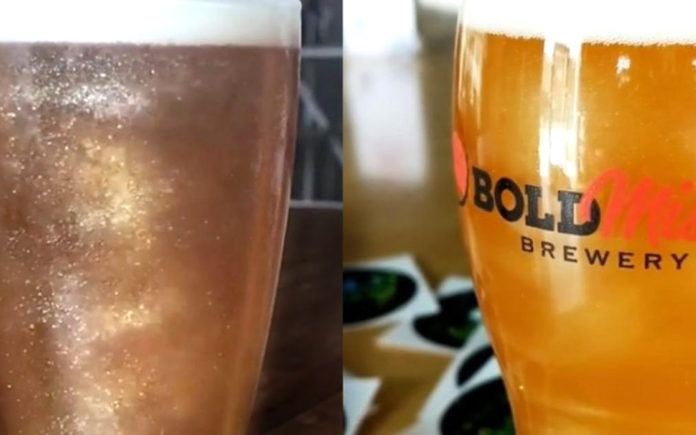 In 1914, a New York social club was celebrating its annual Saint Patrick’s Day dinner in style. There were these bougie, upper-class folks wearing green jackets and ringing green bells; imagine the kind of party where there’d be a midget running around with a pot o’ gold, accusing people of always stealing his Lucky Charms, and that’s the kind of party this is. Yes, it was a gay old time until a dude named Dr. Curtin blew everyone’s mind and basically ruined Saint Patrick’s Day forever by unveiling the evenings drink: green beer.

These old-timey posh people had never seen green beer before and were delighted. When asked how he managed such a marvelous feat of engineering, Dr. Curtain proudly exclaimed that he achieved the effect by putting a single drop of industrial blue wash into a keg of beer. The same kind of dye you’d use in textile mills to color fabric and paper.

Dr. Curtain had no idea that his possibly-toxic (most likely toxic but let’s be real, people ate lead chips and smoked asbestos back then. A little fabric dye in your beer was probably the healthiest thing some people did all-day) concoction would become synonymous with Saint Patrick’s Day; but an even bigger butterfly effect was yet to be created. In 1934, machinist Henry Ruschmann of Bernardsville, New Jersey, began crushing and grinding up sparkling sheets of plastic to create a shimmering and eye-catching confetti. His company, Meadowbrook Inventions, named the product glitter, and continues to this day to be the world’s largest manufacturer of the vile creation.

Now, I don’t know what kind of devil’s lettuce it was that got people to create edible glitter. But a few years ago, it started popping up on cakes and in Frappuccinos. Glitter became synonymous with the unicorns-and-mermaids look that millennials strangely adopted. Young women consciously trying to look like a manic pixie dream girl on mushrooms. And when marketing teams realized that they could sell the shit out of something by throwing glitter on it, it was only a matter of time before someone put it in beer.

The glitter beer trend is upon us and seriously, this is why I hate. Does anything scream “tacky” like glitter? Why isn’t Lisa Frank suing the shit out of beer makers for the use of their signature product? I have trust issues with glitter ever since my last strip club visit! I can’t even get glitter off my shirts, how are you supposed to get it out of your liver? I’m seriously angry at glitter beer, and I’m not the only one.

Ryan Blondell is the Brewmaster’s Assistant at La Quinta Brewing Co, and is part of the Half in the Bag podcast which is available on Spotify, Itunes, and Stitcher. “Glitter Beer,” sighs Ryan, with a look of disappointment on his face, “By far one of the most millennial creations to date. It adds nothing to the beer except appearance. The label should have Tide Pods somewhere hidden on it like a modern day ‘Where’s Waldo.’” 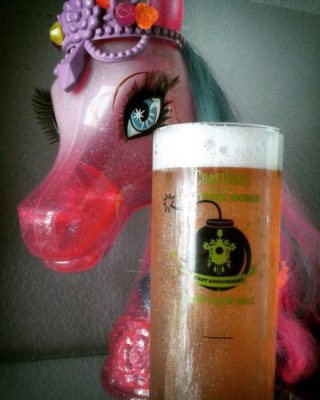 The “Sicilianbeerkitten,” Francesca Zoida of Beer Kitten Radio on Spotify, had a few choice words about glitter beer. “First of all, I don’t need glitter in my intestines, on my tongue, etc. It’s trying too hard, like a short dude driving a monster truck. To me, glitter beer is the creator giving up on quality selling the beer, and buying into gimmick or whatever will bring the most attention as quickly as possible.”

Not everyone is a naysayer, Erik DeBellis is the head brewer of Ximix Craft Exploration Company, and a glitter beer defender. “I don’t have a problem with gimmick beers,” states Erik, “They’re not meant to be taken seriously. It’s just beer, man! Let’s have some fun with it.”

There have been many beer trends over the years, but green beer and glitter beer are the only entrants whose gimmick is purely visual. While it isn’t expected to stand the test of time and become a tradition like green beer, glitter is certainly not the strangest ingredient brewers have used to get attention.

Next week I delve into the humorous and ironic world of modern gimmick beers.