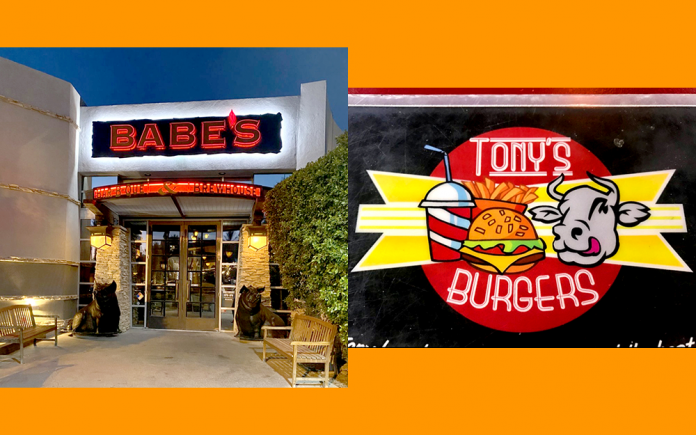 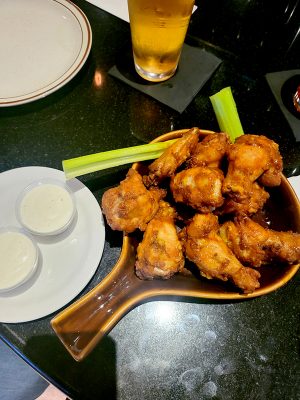 It’s that time of year. Sports fans during the last Super Bowl (LVI) consumed 1.5 billion chicken wings. Wings taste better when you are at a bar surrounded by big screens and noisy fans cheering and jeering their sports teams. Favorite brews enhance the experience. So where do I find the best wings? I tried three local restaurants that are not franchises and do not have wings in their name.

Aqua Caliente 360 Sports Bar in Rancho Mirage serves their wings with a choice of habanero, buffalo, or dry rub options with the requisite celery and carrot sticks and either ranch or blue cheese dipping sauce. The wings are separated into flats and drumettes and are crispy with light breading. They are medium-sized and juicy. A classic wing. 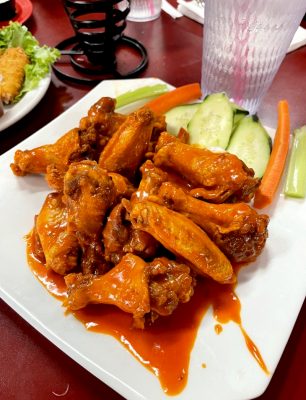 Tony’s in Cathedral City, known for their burgers was my next stop. I ordered them with buffalo sauce. The wings were very crispy, but a little dry on the interior. They served the wings with celery, carrots, and cucumber with your choice of ranch or blue cheese dressing.

Babe’s Bar-B-Que was my final stop. They are known for their pit-smoked ribs, brisket, and pulled pork as well as their in-house brewery. They are also known for their smoked chicken wings. The light smoke added a depth of flavor missing in the other wings I sampled. They were flash deep-fried to crispy perfection. The wings were very meaty and sauced with a sweet/spicy buffalo sauce. This was the best of the three.

Wings are a relatively new invention. The Anchor Bar in Buffalo, N.Y, introduced the snack in 1964. Wings were routinely discarded or used for stock. The owner dropped a few in the deep fryer to satisfy late-night munchies and the craze gained instant momentum without the benefit of the internet.